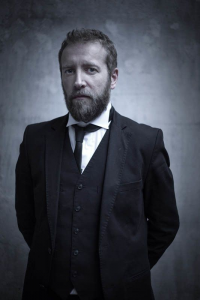 For many rock musicians, the quality of their output tends to go downhill for good after a certain point. It is not clear whether this is due to age, or whether there is a limit on how many good original ideas one person can produce, but in any case, Paradise Lost is an interesting exception to this trend. Singer and songwriter Nick Holmes was 46 years old when the band’s 15th album was released, and it is their best work yet.

Paradise Lost is one of the most prominent bands generally characterized as “gothic metal.” They are credited with creating the style in the north of England in the early 1990s along with other bands in the region. They are also associated with doom metal, a slow and gloomy style that often uses down-tuned guitars for a deeper sound, and Medusa is unambiguously in this style.

The dark sound of Paradise Lost may be particularly attractive to whites in the current year, as we have much to be pessimistic about. Our race is increasingly out of favor with the powers that be, and there are very few people in prominent positions with our interests at heart. However, this is not to say that listening to the band is a depressing experience. On the contrary, it is good for the spirit.

Heavy metal is sometimes described as “implicitly white,” and this is not only because the musicians and fans are overwhelmingly of the same race. Doom metal tends to be musically and lyrically dark, fitting more with the mind of gloomy and serious northern Europeans than the uninhibited sun people. The long and slow songs are more appealing to people with the lower time preference whites are known for. The harmonies sometimes give the impression of wide-open spaces, something more important to white Americans than to “urban youths” or some of the more close-packed nations further east.

Metal rhythms are distinct from blacker styles such as hip-hop and funk, perhaps even further from Hispanic beats such as salsa, and are often not danceable. The swarthier races are more attracted to party-oriented music, and it is difficult to imagine a jolly negro “getting down” to a song like “Medusa.”

An episode of South Park teaches us that when faced with a large crowd of hippies, the proper procedure is to introduce Slayer into the sound system. This forces them to voice their emotional distress and disperse. It has been said that classical music has a similar effect on blacks, and it would be interesting to see if heavy metal does as well. 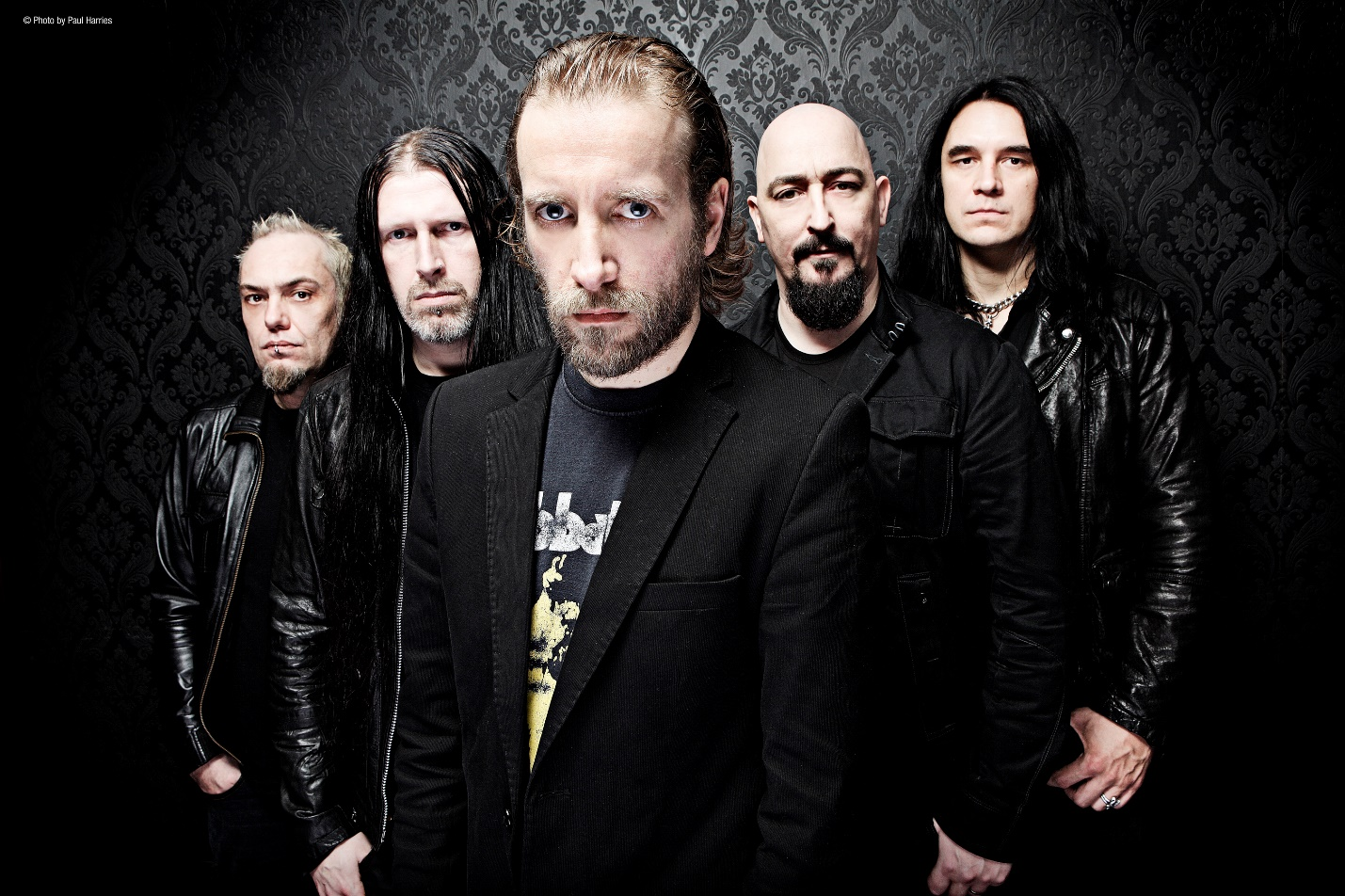 This style of music is notably different from the heavy metal popular in the 1980s. The focus of this album is not on one virtuoso, but harmony and composition. Although heavy metal is often seen as an individualistic protest against the herd, albums like this one do not give the same impression. Instead, there is a sense of a great order like that of nature, which is harsh and overwhelming to the individual, but beautiful as a whole.

Medusa begins with a piece called “Fearless Sky” that runs for eight and a half minutes, but as with the rest of the album, none of this seems excessive or repetitive. The song structure is more creative than the two-minute verse-verse-chorus template that popular music followed at one point, but still coherent. Holmes uses both melodic singing and the “growling” vocal style common in contemporary metal bands. The slow tempos serve to make the lyrics easier to make out and the harmonies easier to follow. There is a feeling of immense warmth and power coming from the lower range of the guitars and bass. The music seems intended to be profoundly moving rather than merely entertaining.

Medusa was preceded in 2015 by The Plague Within, a similar album in many ways. It is certainly worth listening to, having the same essential sound and affecting harmonies. Some songs incorporate instruments not standard for heavy metal, including strings on “Victim of the Past” and even horns on “Return to the Sun,” and this is done without sounding cheesy. There is a generally more aggressive sound, with some songs using the rushed-sounding rhythms found in hardcore punk and some styles of heavy metal, and one even using the shouted vocal style found in thrash metal such as “Tourniquet.” Most of the songs have less of a meditative quality than those on Medusa, and the latter is overall more impressive, but it is a close contest. 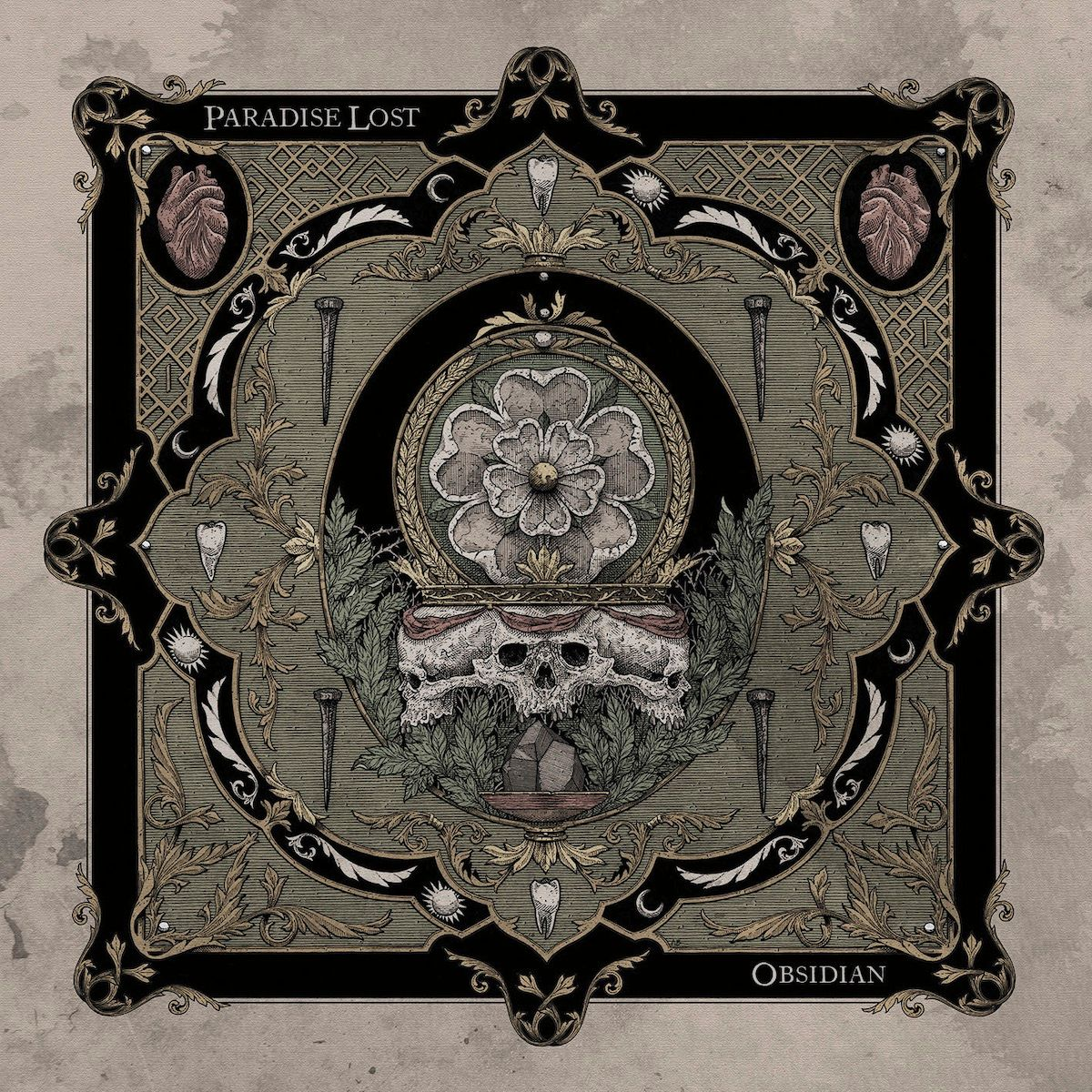 Like The Plague Within, the band’s 2020 album Obsidian is musically and lyrically similar to Medusa, although the melodies are not as compelling. The album art is particularly interesting, though, and fits very well with the music. A symmetrical and ornate illustration looks like it could be carved into the cover of an antique wooden box, but is bordered by a damaged piece of paper. A flower sits at the center of the image but lacks the vitality one would normally associate with such a thing. Instead, it looks old and faded, like the three skulls below. The skulls wear strips of cloth on their foreheads as if an enterprising decorator meant to give them character like living people, but could not overcome their monstrous appearance. They are surrounded by four teeth, presumably taken from their jaws, along with four nails, presumably meant to seal them into coffins.

The overall impression is of something very beautiful which is now very old and starting to decay. This sense of loss fits with much of the band’s music as well as their name. It should lead the listener not to despair, but to remember, and to take something back.

» Living as a Patriot Under Senile Joe