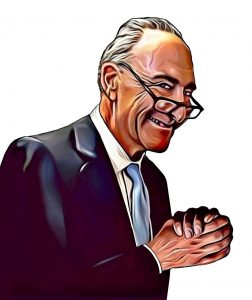 I gathered from the conversation that the owner of the name had once been a regular contributor to much more widely read conservative publications, the kind that have salaried congressional correspondents and full-service LexisNexis accounts, but that he was welcome at those august portals no longer. In all innocence, I asked why this was so. “Oh,” explained one of my companions, “he got the Jew thing.”

Take a look around you. Do you see degeneracy? Do you see white dispossession? Do you see decline in institutions and trust in them? Do you see endless wars in the Middle East? Chances are, it’s the Jews. The early lifers have their fingers in a lot of shit pies — probably all of them. Jewish subversion of white societies is probably not news for you if you are a Counter-Currents regular. But if you’re a newcomer, I warmly invite you to peruse the wealth of literature on the subject on this very site, as well as similar material published by other, allied publications. And you should, of course, read Kevin MacDonald’s Culture of Critique.

“Okay,” you say to me, “I get it. It’s the Jews. But do we have to say it? Can’t we merely rail against cultural Marxists, against liberals, against progressives? Why can’t we oppose white dispossession, degeneracy, and the decline of institutions on less unsavory grounds? Have you seen the kind of people who name the Jew? Do I really have to shave my head and start smoking meth? I think I’ll be far more comfortable pretending like the issue doesn’t exist. Yes, I know it’s true, but we’ll invite so much opprobrium, so much censorship. Why do we have to name the Jew?”

That’s a very good question. Certainly, there are benefits to not naming the Jew. Our long-nosed friends’ control of the commanding heights of society means that everyone who names the Jew gets cast into the outer darkness, with the weird people who shave their heads and smoke meth. From a tactical point of view, it seems obvious that even though it is true, we should refrain from naming the Jew, at least in public. Oh, sure, we can be secretly based and redpilled on the JQ, but not in public — never in public. It would invite no end of enmity and trouble.

Look at what the alt-lite offers: a tepid defense of white civilization without naming its principal enemy — or indeed, even whites themselves. You can tell they’re doing quite well. Not in the sense that they’ve accomplished anything. But these people blow through Counter-Currents’ annual budget in a week, mostly spending it on champagne, limousines, hookers, and blow.

Now, personally, I realize that it’s naught but vanity and no reward at all, but only for about five minutes before I have a reality check and realize I’m kidding myself. No, quite to the contrary. I’d love to be smothered in hookers, champagne, and blow while riding in an expensive limousine. It’s a little late for me now, but there was a time when I was invited to become a part of several grift machines which would have allowed me such a lifestyle. I did not take those offers and caught Mr. Derbyshire’s Jew thing instead. What could possibly possess an otherwise rational, clever young man to do so?

Let’s leave that aside for a second, and look at some hidden benefits of naming the Jew.

There are many reasons such movements fail. One of the most common causes is an unclear friend-enemy distinction. Failed movements surrender the art of defining themselves and the enemy to outsiders because they surrender culture and morality to people who may intend to subvert the movement and its ends and goals. People with long noses and small hats. I invite you to read this lengthy expose on the history of American populism and its subversion, mostly by early lifers. The archetypal example would be the John Birch Society, which was misled, manipulated, and subverted through poisonous alliances with Red Sea pedestrians pretending to be its friends. From within my lifetime, I can remember the rise of the Tea Party as an implicitly white reaction to Barack Obama’s election and then its decline into increasingly cringeworthy GDP- and Israel-worshipping conservatism. We saw the cooption of the MAGA movement from 2016, its transformation from a national populist uprising against the uniparty establishment to its integration into the GOP and transformation into increasingly cringeworthy GDP- and Israel-worshipping conservatism.

I am beginning to notice a pattern here.

While I can’t speak about the John Birch Society, I note that both the Tea Party and MAGA focused on rallies as a primary means of organizing and acting. Now, I’ve been to a few rallies in my time. The sensation is intoxicating. To see yourself as part of an enormous crowd is a sensation of pure power. One feels unstoppable. It speaks to the ancient part of the brain, especially the Right-wing, soldier-like brain. We, our side, our lads are many. They, the other side, the bad guys, they are few. That can only be understood as “we are strong and they are weak,” even though (and especially if) you understand at some other level that quite the opposite is true. Rally-going is a wholesome, family-friendly drug for conservatives who want to convince themselves that enormity of number and unity of purpose is power. But what use is power if you, to paraphrase Sun Tzu, know neither your enemy nor yourself?

In this sense, overt anti-Semitism (or at least counter-Semitism) is a vaccine. It is a sort of shibboleth, if you’d pardon my Hebrew. To weed out Judaic and philo-Semitic entryists — people historically proven to derail nationalist and populist movements through infiltration, manipulation, and subversion — all incoming members are required to name the Jew, to prove their commitment to their people and the cause through this act of radical, almost self-destructive honesty.

And if someone refuses to name the Jew, refuses to raise doubts about Jewish involvement in degeneracy and white dispossession, refuses to identify the culprits in the decline of the West? Well, that person is himself suspect. What is your motivation here, bub? What’s your game? Can we get a nose check in chat? Even people who may have had something interesting to say will be forced on the back foot and eventually become one-dimensional caricatures. Much like Seamus the Sheep Shagger of lore, who fathered seven sons, built seventy homes, and traveled the breadth and length of Ireland, but fucked just one sheep, someone who refuses to name the Jew will be consumed by an identity that will devour anything else they may have stood for: the identity of a JQ-denier. This is tragic, but certainly better than allowing a Jew or philo-Semite to infiltrate and subvert the movement. Note that it’s only necessary to deter entryists. Jews and philo-Semites who’ve proven themselves to be on our side get grandfathered in, even though we don’t quite give them the reins of power.

Did I say “self-destructive”? It certainly is. Remember the champagne, limousines, hookers, and blow? That door is permanently closed for me. Neither globohomo nor their tame and gelded conservative accomplices like people who walk away, and they’re certainly not going to let a known racist, fascist, sexist, and anti-Semite with 73 articles on counter-currents.com into the garden of earthly delights. All my friends who were warning me that “you’ll ruin your life” would seem to have been right.

Well, that’s one way of looking at it.

Another is that I won’t cut and run when the going gets tough. Hernan Cortes put his ships to the torch when he landed in Mexico and not a single one of his men deserted. A movement culture that demands its members publicly name the Jew has a means of enforcing skin in the game and preventing defections. It reinforces the idea of no way out but through.

As a final note, publicly naming the Jew breaks that most powerful of Jewish methods of subversion: crypsis, the notorious “fellow white” play. As a certain philologist with an interest in film and public communication is reputed to have said: “The Jew is immunized against all dangers. One may call him a scoundrel, a parasite, a swindler, a profiteer, it all runs off him like water off a raincoat. But call him a Jew and you will be astonished at how he recoils, how injured he is, how he suddenly shrinks back: ‘I’ve been found out!’”

We’ve seen from our own practice that using terms like Communists, cultural Marxists, globalists, progressives, or liberals opens us to infiltration and subversion by bad faith actors with long noses and small hats. Due to the Jew’s use of crypsis, any form of nationalism, identitarianism, or populism can be taken and instrumentalized towards the subversion of its original aims if

Overt anti-Semitism, jokes about ovens, casting doubt on certain official numbers with or without the use of cookies and Cookie Monster as conceptual aids, drawing attention to cultural (small hats, early lives, Christ-killing) or physical (long noses, Khazar milkers, Woody Allen physique) specificities of Jews that set them apart from white societies, underscoring their alien and hostile natures — this is all part and parcel of the necessary systematic problematization of Jewishness in the context of nationalist, populist, and national-populist politics.

We can smoke them out with the strategic placement of a few Jew jokes and Phil Eiger Newman cartoons. By their oy veys shall you know them.

The old alt-right had a lot of problems, but its anti-Semitism kept it safe from Jewish entryism and this is what made it dangerous to the establishment. Unfortunately, it had no barriers against retard and psychopath entryism. What’s left of it can be reformed into a movement that can be safely safeguarded against all three, but whatever successful form a future movement will take, it will be at the very least aware of the JQ and willing to publicly discuss it.

JQ denialism, on the other hand, is essentially a red carpet rolled out for our long-nosed friends. It informs them that this club has no safeguards against infiltration and welcomes subversion.