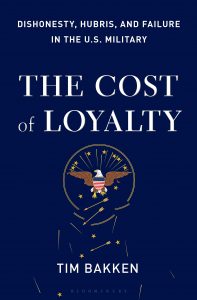 I am now going to my grave with that lapse in moral courage on my back.

Shortly after the 9/11 attacks, I attended a briefing at my post’s officer’s club by a brigadier general who was assigned to the Pentagon. Many people on the general’s staff had been killed when Flight 77 was flown into the building. The general recounted the story of a major who’d been killed in the attack. That major had been a Ranger during the invasion of Grenada. The audience listened attentively. We all knew that we’d shortly be sent to avenge that major’s death along with the deaths of the others.

Then the general went into the rest of his briefing. Incredibly, it boiled down to suppressing naughty “Jody calls.” A Jody call is a song sung by a formation of running or marching soldiers in a call-and-response format. [1] [3] The audience continued to nod attentively. I nodded along too.

Later, I came to believe this general had done everyone a disservice. He had just survived the most unique terrorist attack in the history of the United States. His army was going to deploy to one of the most difficult trouble spots in the world. Meanwhile, President Bush and his Jewish neoconservative advisors were planning an invasion of Iraq, and all this guy could talk about was the threat of naughty Jody calls.

Needless to say, this officer was part of a trend. He and others like “Mad Dog” Mattis or Stanley McChrystal just don’t measure up to the Sherman, Sheridan, Patton, or Bradley. The military hasn’t really won a decisive victory in a complex, long-running war in 75 years. The last general to truly win a war graduated from West Point in 1915. What is going on? 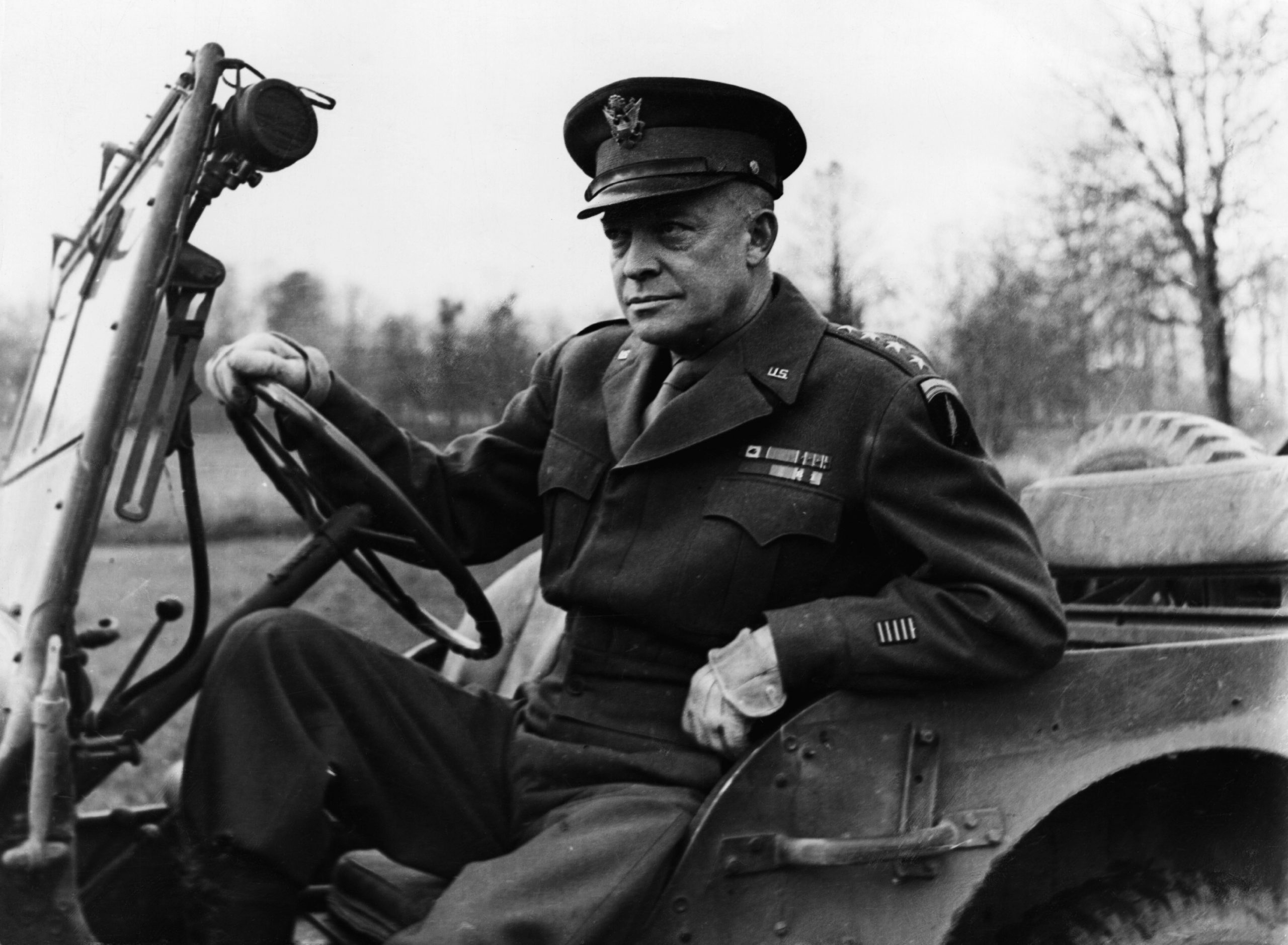 Tim Bakken [5], an instructor of law at West Point, believes he has the answer. He argues that there are three big problems, beginning with Parker v. Levy (1974). In this case, the Supreme Court ruled that military members didn’t have free speech in the way that other citizens have. Second, the military inculcates a culture of loyalty to one’s superiors that allows the growth of dishonesty, groupthink, and suppression of reasonable doubts. Finally, the central intellectual pillar of the US Army — West Point — is rotten to the core.

Bakken quotes Thomas Ricks and Andrew Bacevich a great deal. Both authors are critics of US military policy. Ricks is a journalist that covered the Iraq War and Bacevich was the commander of the 11th Armored Cavalry Regiment during the Gulf War. Bacevich got the blame for an accidental ammunition fire [6] that torched a great many vehicles at the end of the conflict, and so he retired as a colonel.

Before getting too deep into Bakken’s critique, the book has some weaknesses that need to be pointed out. To start, there is a sense that Bakken is “getting back” at people at West Point with whom he had disagreements in the past. Military culture is filled with pettiness. Bakken also seems to think that wars can be waged without killing and cruelty. In fact, there is no such thing as a “good war” — killing and cruelty are the warp and weft of armed conflict. Bakken has also imbibed the anti-white narrative that has crept into the center-Left. He is even hostile to the monuments to Civil War reconciliation at West Point which doesn’t say much about his tolerance of other viewpoints. Finally, he has the standard center-Left hostility to President Trump. He believes the mainstream media’s narrative on Trump when it is obvious and well-known that the media does a great deal of lying and dishonesty in its own right and they were hostile to Trump from the get-go.

I’ll also add that Bakken believes too much in the military-industrial complex idea — the conspiracy theory that holds defense contractors push for war to fatten their profits. He doesn’t say anything about the lobbying groups from foreign countries that agitate for American support for their causes. The latter situation is far more problematic than the former.

The Rotten Institution on the Hudson

Bakken argues that the United States military at West Point is rotten. He makes a very good case. In my own experience in the service, I found that West Point produces officers that are really solid around 40% of the time. The remaining 60% are unreliable mush.

The problem starts with the quality of applicants. West Point’s reputation for selectiveness is due to dishonest statistics. In truth, approximately half the people who genuinely apply are accepted. Of those that are accepted, many got there because their parents gave campaign contributions to their Congressman. (Bakken doesn’t say it, but this legal form of bribery is why there are too many Orientals as commissioned officers.)

Many of the Cadets are not that bright. They’re mostly C+ students at best. West Point even honors “the Goat” — the worst student in the class, a strange thing to do for an institution that is supposedly committed to excellence. There are also the prep schools, where “at-risk” students are spoon-fed teaching for a year before official omission. Many prep students are athletes.

All of these Cadets are continuously flattered by high-ranking officers and politicians even before they’ve ever had a professional accomplishment. Many of the Cadets have never even had a job before shipping off to the academy. They get a sense of entitlement and arrogance that never leaves them and makes them hard for others to deal with.

According to Bakken, West Point has less-than-stellar professors. Instead of qualified teachers with tenure, a series of active-duty officers rotate through the teaching staff. The turnover is around 60%. Because of the turnover, Cadets do lessons on a blackboard and the new instructor cannot even change the color of the chalk to “keep continuity.” Walk the halls at West Point and one will see the same PowerPoint slide in every classroom.

All Cadets are subjected to pointless and endless discipline. While this discipline is ongoing, there are serious crimes occurring. Women at the service academies are far more likely to be raped than in a normal university. All of this is covered up, which is part of a trend; Cadets at West Point officially cannot lie, but they do learn how to operate in the shadows between truth and lies. It’s the little things; like buglers who cannot play but hold a trumpet with a speaker inserted that plays a digital recording of “Taps” during funerals.

Once sent to the line units, a typical West Point graduate has never had a real job, is likely less intelligent than his peers who were in ROTC or OCS, and is incredibly immature. It is even possible his major was selected for him. These guys go on to displace the ROTC and OCS officers as everyone climbs the ranks. America’s general officers end up out of touch, arrogant, and privileged, and have been so since they were teenagers. They are in over their heads and they don’t even know it. 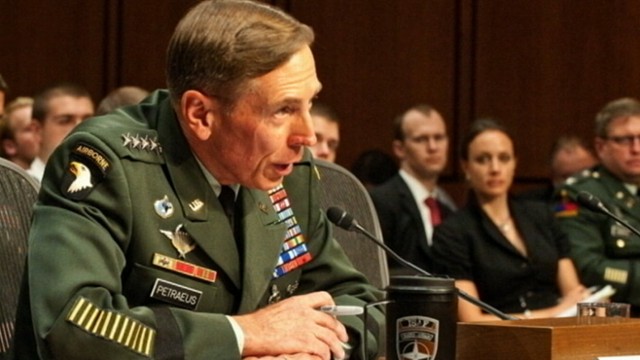 West Point’s problems in a single image. Here General David Petraeus (’74) spins the truth about the Global War on Terror to Congress. In the background is his lover Paula Broadwell (’95). The Petraeus/Broadwell affair is West Point at its worst. Broadwell wrote an autobiography on Petraeus ironically titled All In. She probably didn’t even write the book; it was “co-authored” with Vernon Loeb.

Some Suggestions for Reform

Bakken has vague suggestions as to what to do. These suggestions are pretty politically correct; “too many white men,” et cetera. But I’ll agree with much of what Bakken says. West Point graduates are an entitled lot that need some exposure to the real world, but all young people are like that to a degree. West Point, like any institution, is what the student makes of it.

The problem actually starts at the connection between civilian political leadership and the top levels of the military. American whites, whom Wilmot Robertson called the Majority, got displaced between the World Wars. As a result, there are all sorts of misunderstandings and disconnects at the top levels of American government.

This problem manifested itself during the Korean War. West Point graduate General Douglas MacArthur’s failure to anticipate the Chinese intervention led to the hostile nation with nukes that is North Korea today. Bakken makes much of the fact that by 1950, MacArthur was an entitled megalomaniac surrounded by flatterers and toadies, disconnected from facts on the ground in Korea. This is true, but only part of the problem. The Truman administration was filled with secret Communists, pro-Communists, Jewish radicals, and anti-Anti-Communists, none of whom helped matters. 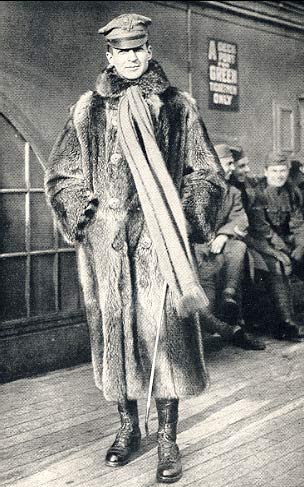 During World War I, MacArthur was a dashing commander of the 42nd Infantry Division. By 1950, he was out of touch and unable to cooperate with the Truman administration. His greatest feat, the destruction of the North Korean Army via the Inchon Landings, was followed up with the disastrous Chinese intervention.

I’ll argue here that the turning point for American military operations has more to do with the displacement of the Majority than any unearned entitlement West Point graduates might have. (And many West Point graduates don’t have this — 40% of those fellows are really, really swell.) The critical problem is also not Civil War monuments at West Point, it’s the fact that there are too few white men. Wilmot Robertson writes:

The armed forces, moreover, are not as Majority-ridden as they appear. The Carter administration had a Jewish secretary of defense, Harold Brown, and a Negro secretary of the army, Clifford Alexander. President Reagan’s secretary of defense [was] Caspar Weinberger. There are Jewish admirals in the navy, Negro generals in the air force, and Negro revolutionary cadres in the army, in whose ranks blacks and Hispanics may soon outnumber Majority members. The liberal-minority coalition, not the Pentagon, presided over the Korean stalemate. Majority, not minority, soldiers did most of the dying [9] in Vietnam. . .” [2] [10]

The US military is saddled with problems from Sub-Saharans, but it is officially on the lookout for “white supremacists.” This is the Big Lie at the center of the Pentagon. Due to the lack of frankness and lack of free speech, the problem cannot be addressed. Meanwhile, those that make high office are those that can cover up the truth of these problems. The same people lying about African pathology are the people lying about progress in Vietnam, Afghanistan, or Iraq. Those that believe in “civil rights” always misread data. That is why the military can’t come up with a viable strategy.

The top two military reforms I’d propose are the following:

As long as the cult of diversity and white dispossession exists in America, the military will continue to fail. Strategy will always be half-baked, wars will go un-won, and terrorists and rogues will continue to be a danger.

The marker for successful reform should be thus: At the start of the next war, no general officer should ever center a briefing on the “threat” of naughty Jody calls.

[1] [14] An example of a famous naughty Jody call one might know involves speculation of the temperature of parts of a female Eskimo’s anatomy.