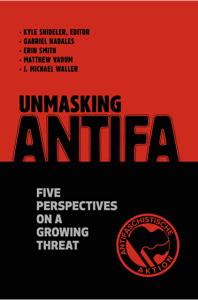 A menace stalks America: Antifa. While this menace has rampaged across the country since Donald Trump’s inauguration, very little information has circulated about the movement’s origins, means of support, or ideology. This deplorable situation has changed thanks to the Center for Security Policy.

The book is a series of essays. The first and most important essay is by Kyle Shideler. It is the text of his testimony before the US Senate Judiciary Committee, Subcommittee on the Constitution. In this testimony, Shideler lays out the basics of the Antifa problem.

Testifying before a Senatorial committee is an enormous feat. We shouldn’t seek to disengage from ordinary public life. Every white advocate should be a good citizen, family man, and hard worker. Stand up straight and tall. Lieutenant Colonel Roberts, a Rightist of old that was certainly racially aware, was a model citizen and brave soldier. He had his work read into the Congressional Record by Congressman John R. Rarick on October 9, 1968.

In late 1968, the United States was suffering from Sub-Saharan and Leftist violence and rioting. Abroad, it appeared as though the Soviet Union was winning the Cold War. It seemed that the Red Flag of Revolution would fly atop the globe and America would become a new Congo. But little things, like getting your ideas to a Congressman, made a big difference in the long run.

Joe Biden is Right: Antifa is an Idea

Gabriel Nadales, a former Antifa activist, argues that one shouldn’t consider Antifa an organization. Instead, it should be understood “not as a noun but as an adjective and a verb” (p. 30). To put it in other words, Antifa is a movement. It has no central control center. Instead, it has a package of ideas that anyone can download. Antifa “as an adjective” is the various Left-wing organizations and independent activists who consider themselves “antifascist.” The structure of these groups is horizontal. A person in a more ordinary Leftist group can connect with more radical Leftists through overlapping ideas, groups, and people. An impressionable Leftist can thus start with concern for abandoned puppies with cute eyes and end up a mask-wearing arsonist. The latter thing is the “verb”: the willingness to promote ideas with violence.

With the above in mind, a good way to step over the idea of Antifa but defeat the idea just the same is for a prosecutor to ignore the “Antifa ideology” and target Antifa rioters as a group of individuals conspiring to commit acts of arson and vandalism. This is just a suggestion, though. So far, no legal strategies have really worked against Antifa that I know of.

Antifa’s ideology is the following. They view America’s government and its constitutional founding principles as racist and therefore illegitimate.

“Like an electrostatic force, the movement continues to push larger elements of the public to become more and more ‘anti-racist’ or ‘anti-fascist’ — as if the vast majority of Americans are not already that way — to compel normal people to believe that lack of militancy is in itself racist and fascist” (p. 11). 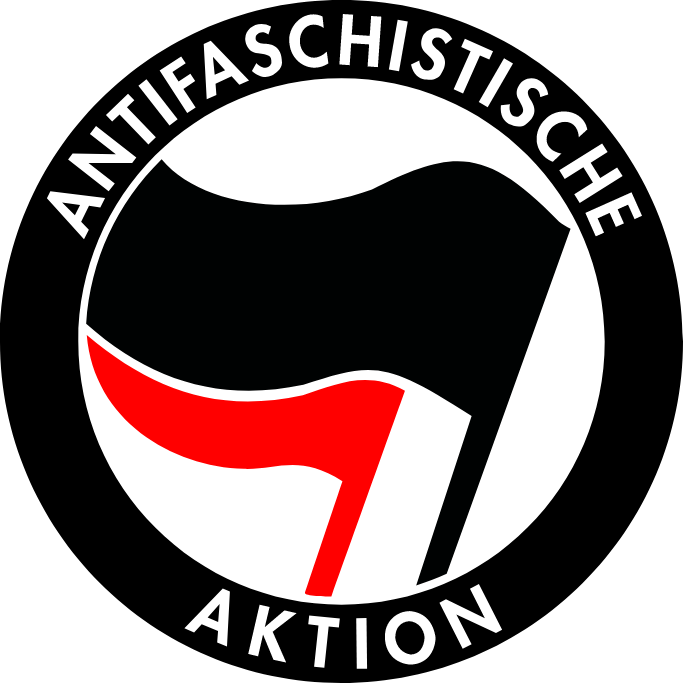 Antifa’s twin flags represent two different things. The red flag represents Communism and the black flag represents Anarchism. The two ideologies are actually incompatible, but that hardly matters – neither creed works in the real world. Anarchists and Communists had a bitter falling out during the Spanish Civil War.

Antifa has five “Points of Unity” that any Leftist organization or unaffiliated Leftists can believe in.

With the religion of Negro Worship and the illicit second constitution that is the 1964 Civil Rights Act behind them, Antifa can call the shots with rhetorical framing.

To achieve real-world dominance, Antifa must first achieve a kind of information battlespace dominance. This is done through a fundamentally dishonest rhetorical tactic. . . By keeping the meaning of critical terms such as “fascism,” “fascism-adjacent,” “violence,” and “self-defense” purposefully undefined, self-labeled “antifascists” are able to deploy the classic motte-and-bailey rhetorical tactic that makes them hard to pin down. Antifa supporters deliberately camouflage their own aggressively authoritarian definitions — whereby all opposition to their activities is considered de facto fascist as the more normal and mainstream understanding of those terms. (p. 48)

Antifa wishes to make it too costly for anyone that is a “fascist” to operate. Erin Smith calls this tactic “operant conditioning.” Should Antifa continued unchecked, political involvement will become too costly for ordinary Americans.

A way to counter these ideas is to emphasize that the definition of “far-right organizing and activity” is so broad as to include anyone, even moderate Democrats. Second, keep up the emphasis that Sub-Saharans are dangerous. Finally, remind people that Leftism is a lie. Its utopian vision always ends in blood and tears when applied in the real world. Furthermore, Leftism requires one to lie about things that are obviously true, Transsexuals are boys pretending to be girls (or vice versa). It isn’t “science.”

Some of the earliest rioters that had an ideology like Antifa were involved in the 1848 revolutions in Europe. (Many of the 48s weren’t Anarchists. 1848 is a long story.) In America, Anarchists were active in Chicago in the nineteenth century. They were led by Albert Parsons, an old-stock American with Yankee roots who served in the Confederate Army. Many of the early Anarchist thinkers were Germans.

Today’s Antifa tactics have been honed since the Spanish Civil War and were further refined in Germany. Antifa groups in Central Europe during the Cold War had state sponsorship from East Germany. The concept of “Autonomous Zones” arose in Germany.

Concerned citizens shouldn’t go looking for an Antifa chapter. Instead, Antifa adherents swim in the swamps of other Leftist groups. Their trick is to be interwoven with otherwise legitimate protestors and wreak havoc. The police are thus forced into a lose-lose situation. It is too easy for them to use too much force and thus get social scorn from all sides, or they can do nothing and appear weak.

Amateurs talk tactics, professionals talk logistics. Who provides the funding for hotel rooms, transportation, medical care, and food? Where Antifa gets its funding is a mystery. In the “Autonomous Zones” that sprung up with the George Floyd riots, Antifa members resorted to running protection rackets on the businesses in the areas they occupied. They also shook down passing people for money. This didn’t net much.

The authors suspect that Antifa gains some financial support from Black Lives Matter, a movement with which they overlap ideologically. Black Lives Matter gets millions of dollars in funding. Indeed, $90 million was raised to bail out protestors (p. 75). Arrested Antifa are also supported by the National Lawyers Guild. This innocuous-sounding organization’s origins are with the Communist Party USA. Furthermore, long-standing Communist groups have been involved in the George Floyd rioting and they are likely contributing. The authors also believe George Soros has a hand in funding Antifa.

Nobody knows for sure, though. And nobody in law enforcement seems to want to find out. The authors argue that members of the Democratic Party are sympathetic to Antifa. Thus Democrats in the Deep State are making sure that the FBI is ineffective. FBI memos are leaving Antifa disturbances to local police, who are easily overwhelmed. The FBI is really only a semi-competent Pretorian Guard, — it is time to consider abolishing it and rolling up any worthwhile functions into the Department of Homeland Security.

The Antifa movement is of foreign origin (Germany, Spain, etc.). It is networked internationally, and it has targeted constitutionally recognized politicians. Its goal is the overthrow of the United States government and traditional American liberties. It is time for American society to move against this movement.

Of course, it is easy to say American society should. . . and so far, Antifa terrorists have been getting away with their crimes. But it is not unusual that the ground has shifted under an idea, institution, or movement when it is at its height. Bigger and better things have crashed than Antifa.

The (possibly) incoming president, Joe Biden, probably recognizes the potential for his opposition to be more ferocious than it was for Bill Clinton earlier. He has sent out feelers for “outreach to conservatives.” Should you get “outreached” by anything related to Joe Biden, you need to say the number one priority is destroying Antifa. Remember, Biden signed the 1994 Crime Bill. We might be able to work with him. Regardless, it is your duty to be a good citizen.