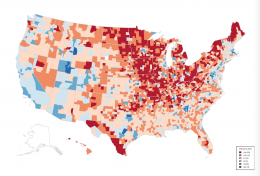 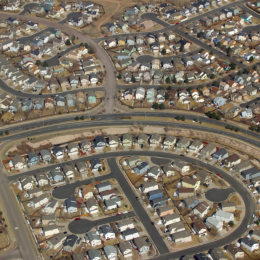 Last week I wrote “White America Still Voted For Trump [2].” This is still true — 58% of white Americans backed nationalism. However, there is a group of whites who rejected nationalism and voted for a return of the corrupt status quo: affluent whites. This demographic played a major role in Joe Biden’s alleged victory, despite the greater attention paid to working-class whites.

Some on the Right continue to insist that affluent whites flocked to Trump and he lost working-class white independents. As I explained in my last piece, the best barometer for assessing working-class white support is the non-college-educated white demographic. Trump improved his vote total in 2020 from 66% to 67% among this demographic. However, some within this demographic in the Rust Belt did move toward Biden in this election. But, if the exit polls are true, the vast majority of these voters were either third party or non-voters in 2016. It’s also hard to gauge why these few white working-class voters picked the Democrats this year. They could’ve gone with Biden to express their disappointment with Trump’s limited populism, or maybe they voted for Biden because they didn’t like Trump’s “hateful” rhetoric.

The information isn’t there yet. In any case, the data point toward a bigger blue shift among middle and upper-class whites than the working class. Biden won the college educated-white vote by three points this year [3]. Trump won this demographic by three points in 2016 [4]. The counties that shifted the most to the Democrats this year were the suburbs, including those of Dallas, Philadelphia, Atlanta, Detroit, and Minneapolis: 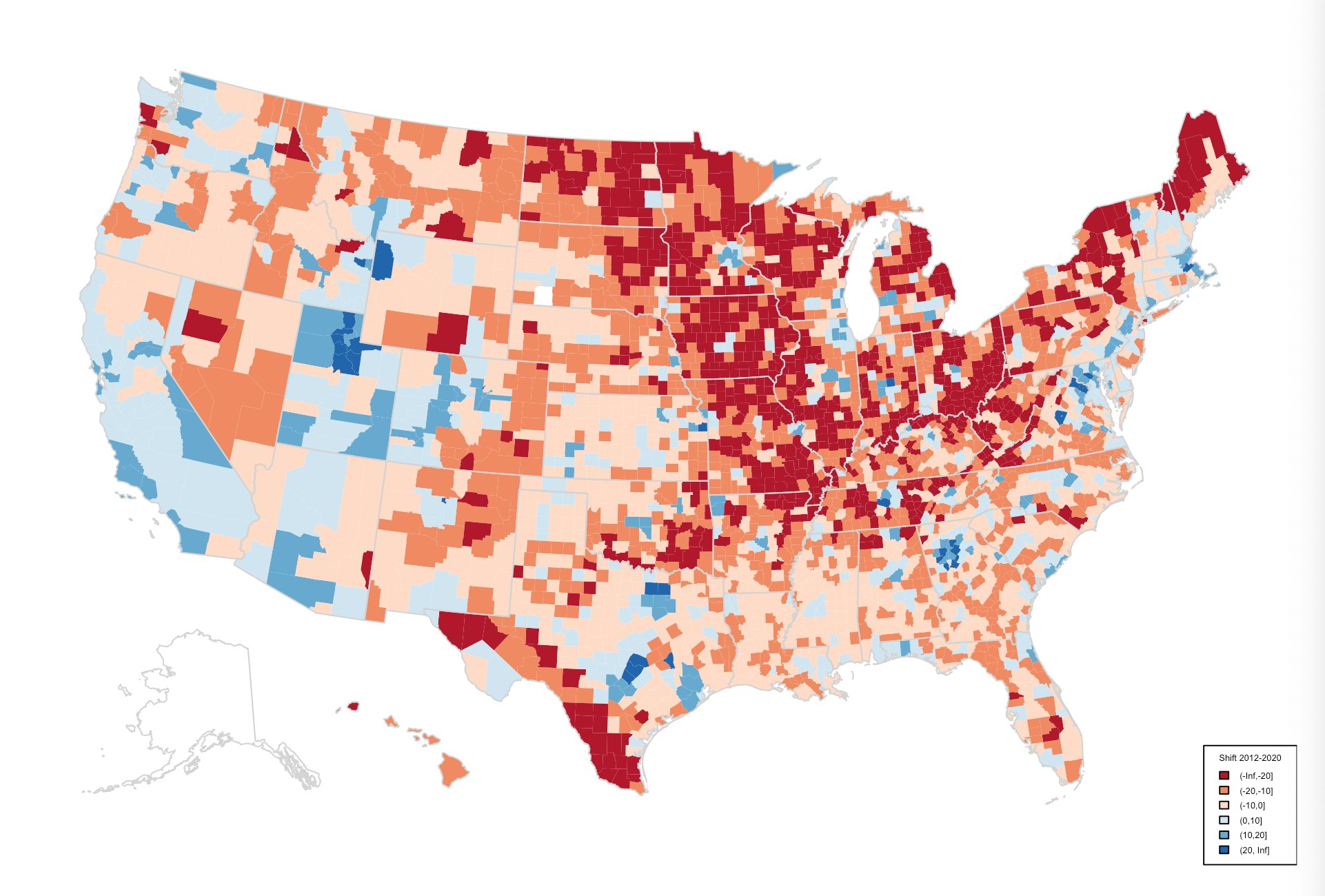 The globalist Brookings Institution said this of the data [6]: “Ahead of the 2020 election, Republicans worried that Trump would lose his rural edge, in light of reduced support there in the 2018 midterm elections. But this was not the case. Instead, Trump’s loss to Joe Biden was due mostly to voters in large metropolitan suburbs, especially in important battleground states.”

NPR determined Biden won [7] because he ramped up his base and expanded the margins in the suburbs.

Reuters concluded [8] that “Biden won by expanding his party’s appeal among suburban voters, in middle- and upper-income communities, and in places where a large share of people graduated from college.”

The motivations of this suburban class are not a mystery. A New York Times article [11] published last week discovered what made a former Republican stronghold in the Minneapolis suburbs switch to Biden. Hint: it wasn’t because they thought Trump was an insufficient populist. Everyone the paper interviewed in Chaska, Minnesota, pointed toward Trump’s “racism” and “xenophobia” for why they voted for Biden.

“I saw him as someone interesting, something different — it was appealing,” one Trump-to-Biden voter told the New York Times. “You look past some of those transgressions. I can’t believe I did that. I’m ashamed.”

This same voter thought Trump’s immigration reform implied he would give amnesty and bring in more immigrants. So much for the well-informed citizen. This same ex-Trump voter is now a strong Black Lives Matter supporter following the George Floyd riots. “That was a huge turning point for me, I think, in general of really understanding the Black Lives Matter movement and just embracing it,” she said of the demonstrations that ravaged Minneapolis.

A former Green Party voter said Trump’s law-and-order rhetoric angered him and he blamed the president for the riots. That’s why he voted Democrat this year. “He’s said plenty of stupid, stupid things that upset people deeply,” he said of his town’s reaction to Trump. “That’s what’s dangerous, because people are upset. They’re struggling. And here’s this guy making it even worse with his words.”

The article also finds strong support for BLM in the town. It interviews a black resident who noted that “support grew for the group and for black residents like himself” following the riots. White residents eagerly joined a “racial justice” Facebook group and delusional high schoolers hosted a BLM rally in town. The local Democratic Party chairwoman says the town has grown more appreciative of liberal positions, saying their floats in local parades denouncing Trump’s immigration policies “got standing ovations.”

The town’s younger, more cosmopolitan residents are also fueling the shift toward the left. A 26-year-old woman recalls how she was the first one to put up a Biden sign in her neighborhood and this convinced her neighbors to follow suit.

Vox ran a similar story [12] right before the election on why suburban white women are turning away from Trump. Their reasons included COVID and Trump’s “rude, macho, and chaotic” rhetoric. “I don’t want my children to speak the way the president speaks,” said one suburban mom in a conservative district outside of Kansas City. “My kids, they know who Barack Obama is. We want them to see what strong, calm leadership looks like, and I can say the same thing if Mitt Romney had been elected. It’s been very difficult to navigate how we expose our children to national politics. It’s not something I think will enrich my children’s understanding of how people who make the rules behave.”

“It’s a country-club-joining, fancy-car-driving neighborhood,” another suburban woman said of her Biden-curious community. “I do not think we have shifted dramatically left in this area, I think this is a recognition of how extreme the candidates in the GOP are, and their feckless, fawning allowance of anything Trump wants to do.”

These are the real 5 percenters — and they’re not into national populism. There exist no data to support the idea that the critical voters in this election were working-class whites who voted against Trump because he was a cuck.

Most reports note that the suburbs are more diverse than their Cold War heyday. A 2015 study [13] found that at least 35 percent of suburban residents in many metropolitan areas were non-white. Middle- and upper-class non-whites are extremely Left-wing and likely influence their neighbors to vote Democrat. But this rising diversity doesn’t fully explain the situation. Increasingly, affluent whites are our primary political enemy. They embraced BLM more than any other group, as can be attested by the most cringe BLM demonstrations taking place in wealthy areas like Bethesda, Maryland [14]. They want more immigration both because they think it’s moral and they want cheap labor to mow their lawns and take care of their kids. Many of them love gender ideology and eagerly take their kids to drag queen reading hour.

Affluent whites are the main beneficiaries of these policies, and they remain steadfast in their support of it. The election should tell us that they would rather vote for open borders, reparations, and endless wars than support someone who is rude. This demographic is going to be a major problem for the Right for years to come. Maybe some of them will wake up to their senses when they see crime rise and People of Section 8 Housing invade their neighborhood. Maybe they’re too far gone and the only strategy is to diminish their voting power.

The media’s election narrative will claim nationalism alienated these sensitive whites and the GOP must abandon Trumpism to win them back. That’s a strategy designed to lose the country. The 5 percenters are right in one aspect: the Right should focus on winning over more downscale whites than cucking to upscale whites. That’s the only viable strategy for a serious Right-wing movement.