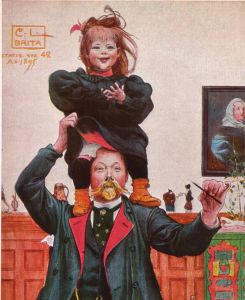 Increasing numbers of uppity white folks [4] are ready for white identity politics. But they are not ready for the ethnostate. Thus they are committed to living in some form of multicultural society. But they also want to make multiculturalism work for them [2].

For instance, if the government of Sweden were committed to Swedish identity politics in a multicultural society, it would make the Swedish language and culture normative in Sweden. Outsiders living in Sweden, or just visiting, would have to respect Swedish norms. Thus everywhere native Swedes would go, they would feel like they are in their homeland, even if they encounter non-Swedes on a daily basis.

The Swedish government would also be especially committed to securing and enhancing the well-being of Swedes.

But the most important thing the Swedish government must address is the demographic decline of the Swedish people. They must halt and then reverse this trend. Currently, Sweden has a little over ten million people. One fourth are immigrants, and one third have at least one immigrant parent. Because of immigration, low Swedish fertility, and high immigrant fertility, with each passing year, those numbers get worse for native Swedes.

If one instituted a pro-Swedish demographic policy, one would have to encourage higher birthrates among the Swedish population but not other groups. One would also need to create incentives to stop Swedes from emigrating and to encourage Swedish emigrants to return. Finally, one would need to stop the immigration of non-Swedes and instead encourage their emigration.

Once those policies are in place, the creeping decline of Sweden will be replaced with a creeping renewal. It took half a century to make Sweden into a multicultural dystopia. It might take half a century to fix it. In the meantime, Swedes can go about their business as usual, but with the optimism that comes from knowing that their progeny have a bright future ahead, not decline and extinction.

But one will not be able to create a consensus supporting such policies until one announces a demographic target number somewhere under 100%. As an American, I would choose 90%. In 1965, before America abandoned immigration policies that were committed to maintaining a white supermajority, the US was about 90% white. Now the white population is about 60%, and every year those numbers get worse for white Americans.

As for the ethnic breakdown of the non-white percentage, I would leave that completely open. I would, however, make it clear that it could contain representatives of all currently existing non-white groups. In a country like Sweden, the distinction would be between Swedes and non-Swedes, which would include other white ethnic groups like Finns and Estonians.

It is important to specify that members of all current minority groups would have a place under pro-majority demographic policies in order to reduce opposition.

First, many whites who are ready for some form of white identity politics will not accept it unless you leave some room for “based” minority outliers, mail-order brides, indigenous minorities, hard-luck groups like refugees and the descendants of slaves, and the purveyors of their favorite ethnic cuisines.

Second, leaving some space for all existing outsider groups would reduce resistance among such populations. Many outsiders might not resist the end of multiculturalism. They might even welcome it. After all, they want to live in white countries because of their white characteristics — high standards of living, law and order, etc. — and they see that these are threatened by multiculturalism. Multiculturalism is just the majority being gaslighted into a long, drawn-out suicide, with another Third World hellhole at the end of the road. Intelligent non-whites who have escaped such societies don’t want to inflict them on their posterity. But they would resist white identity politics if no provision were made for their kind in the future.

This kind of policy seems fair to all parties. Majorities get their homelands back: Denmark for Danes, Hungary for Hungarians, etc. Indigenous and historically established minority groups have a place as well. Even members of more recent immigrant populations can envision a place for themselves. And if they do not want to live as outsiders in a normatively German Germany, for instance, they have homelands to which they can return, and incentives to do so. Everybody has a place, everybody has a future, everybody’s interests are taken into account.

Most white societies will reject strict homogeneity. European colonial societies usually have aboriginal relict populations. Others have descendants of slaves and indentured servants. Still others have long-established minority groups like Swedes in Finland. Strict homogeneity just seems unfair to these groups. Beyond that, most white societies are fine with small numbers of foreign residents, foreign students, foreign tourists, and assimilable immigrants.

However, the presence of such people is no threat to a society if it is committed to normative and de facto forms of homogeneity. A 90% Swedish Sweden can still be 100% normatively Swedish. A 90% Swedish Sweden can also allow Swedes complete freedom of association and disassociation, so that nobody is forced to deal with outsiders if he prefers to remain separate. Thus people in a 90% White Nationalist society can, if they so choose, live as if it is a 100% White Nationalist society, which should satisfy most people.

Some of the most vocal opponents of 90% White Nationalism will be advocates of the 100% variety. The poison pill for them is the Jewish question, for Jews are long-established minorities in practically every white society. Jews are the leading proponents of multiculturalism and race-replacement immigration. If these policies are rejected, many Jews will feel uncomfortable. Some might even emigrate. But some might remain among the 10%. That possibility might reduce Jewish opposition to 90% White Nationalism, but it will guarantee the opposition of hardcore anti-Semites. Such opposition might, however, improve the overall political prospects of 90% White Nationalism.

In the final installment of this series, I will discuss how uppity white folks can put together a winning political coalition.