Is America a Banana Republic Now? 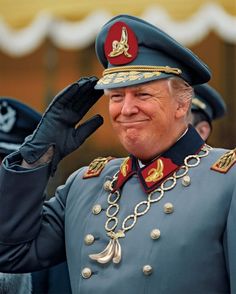 This year’s US Presidential contest is between the Republican Party and the Banana Republican Party, formerly known as the Democrats. As I write this, the Democrats are trying to destroy American democracy because the people have disappointed them once again. Donald Trump is the rightful victor of this election, and if Biden ends up with more votes, it is only because he cheated. Trump should not concede under any circumstances until all challenges have been exhausted.

Let’s review how the Democrats are trying to destroy American democracy.

First, the only way to ensure both the integrity of the electoral rolls and the secrecy of people’s votes is for registered voters to show up in person (to prove they are alive) with valid identification papers (to prove that they are who they say they are), then receive a ballot. So that their choices remain secret, all ballots must be identical. There can be no numbers that would allow a given ballot to be connected with a given voter.

Second, Democrats are champions of ballots that are simply mailed out to voters then mailed back in. When I lived in Washington State, I received the ballots of the four previous residents of my apartment. In the lobby of my building was a trash can, filled with discarded ballots sent to previous occupants. In the post office around the corner, trash cans were overflowing with discarded ballots. There is nothing to prevent these ballots from being collected and filled out by anyone.

How can one ensure that a mailed-out ballot is filled out by the intended recipient? The only way is to make every ballot trackable, which violates the whole idea of secret balloting.

It is an idiotic system, designed by corrupt Democratic machines to destroy democracy. Covid-19 was the Democrats’ excuse to push to expand mail-in balloting this year, corrupting the electoral process even more.

Sadly, Republicans have been too weak and too stupid to challenge these obvious frauds.

The integrity of the election has also been compromised by the press and tech giants (Twitter, Facebook, Google), who are throttling the free flow of information and the free expression of opinions because they are open partisans of the Left. Democracy is obviously compromised when people can’t make informed decisions.

The integrity of this election has also been compromised by months of Left-wing violence, followed by threats of intensified violence if Trump is re-elected, including from Joe Biden himself. People can’t make free and informed decisions if they are threatened with violence.

Republicans disproportionately vote in person on election day. Yet across the country, in Democratic-run cities that have been convulsed by months of violence, these voters had to ask themselves if they could safely go to the polls.

When we point this out, the Left dismisses it as a “conspiracy theory.” But they also openly gloat about how well it is working.

Democracy is based on the sovereignty of the people. Third World immigrants are not the American people. They are scabs stealing our wages and ringers stealing our votes.

Democracy is about making elites accountable to the people. Non-white immigration is a plot by the elites to replace uppity whites with brown helots who will be grateful to the employers and bureaucrats who dispense their diminished wages and benefits.

In a democracy, the people elect the elites to serve the people’s interests. Democracy no longer exists when the elites decide to choose a new people to serve elite interests.

What should Trump do?

If I were Trump, I would sit down with Biden and lay out every detail of the corruption charges that can and will be lodged against him and his family. Then I would offer him a deal: concede. High-mindedly refuse to be made president by an undemocratic process. In exchange, all charges will go away, and Joe can nap in peace for the rest of his life. It would be worth it to save the country from bloodshed.

Trump certainly has nothing to lose. If he concedes, the vindictive Democrats will try to destroy him and his family. Machiavelli recommended always leaving one’s enemy a way to retreat, since if his back is against the wall, he will fight even harder, and even if you win, your victory will be far more expensive. Trump’s back is to the wall. He has no choice but to fight, but he should leave Biden a way to retreat.

Even if Biden took such a deal, Trump should not start his second term under a cloud of doubt about the real will of the electorate. Thus we should pinpoint every rotten precinct where fraud is taking place. Then we should throw out the results and rerun the election, under fully transparent conditions, with international observers. The eligibility and identity of every voter need to be verified.

If Democrats refuse, then America is officially a banana republic. Careful what you wish for, though. If the Democrats wish to discard the Constitution, then Trump and his supporters don’t have to follow the rules either. In fact, quite a lot of them are looking for any excuse to take up arms. Banana republics are the original home of Right-wing death squads. They usually end up being ruled by strongmen. And in this race, Donald Trump is the strong man.

Trump has been Tweeting like a Latin dictator for years. He’s ready to step into the role.

So I’ve got to ask the Democrats: Are you sure you want a banana republic?

« Bleeding Ulster: Lessons for White Advocates in Mostly What Not to Do