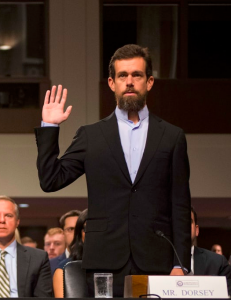 Big Tech censored a major newspaper last week in the service of its preferred presidential candidate. The New York Post’s bombshell report about Joe Biden’s failson Hunter would’ve been the biggest story in the country, complete with reporters grilling the Democratic candidate and every other outlet making it front-page news.

But that didn’t happen. Instead, most outlets decided this story was Russian “disinformation” and refused to treat it seriously. Tech giants took the extra step of ensuring no one could spread it on their platforms. Both Facebook and Twitter restricted access to it on its platform, with Twitter banning the link entirely and locking accounts that shared Hunter Biden memes. Both sites eventually let up on the restrictions, but the precedent was already set. Big Tech will stifle reporting if it threatens Biden.

The story is serious. It’s arguably more damaging to Biden than WikiLeaks was to Hillary Clinton. So far, the Hunter Biden’s hard drive — legally obtained after it was left and never picked up at a computer repair shop — shows strong evidence that he was involved in influence peddling with his dad, along with a whole host of other crimes and misdeeds. The story may well implicate the elder Biden in criminal activity and derail his candidacy. It could turn out to be the biggest October surprise in election history.

No wonder why the tech oligarchs and journalist class don’t want ordinary Americans to see it. The pretense behind the censorship was hilariously flimsy. Twitter claimed it blocked the URL because it doesn’t allow hacked or otherwise illegally-obtained material. This is the same company that allowed the New York Times’ story on Trump’s dubiously-obtained tax returns to trend for a week. A few years ago, the platform boosted hit pieces on a Trump donor based on hacked emails distributed by a foreign intelligence service. There are numerous examples of historic investigative work that relied on illicitly-obtained material that would likely run afoul of Twitter’s new policies. The Pentagon Papers, revered by journalists, were only publicized thanks to one whistleblower stealing them and releasing them to reporters. The whistleblower, Daniel Ellsberg, faced jail time for his actions.

The work of Wikileaks and Edward Snowden would also count under this framework, but Big Tech and journalists probably realize this. That’s the bad kind of journalism because it helps evil Putin and tarnishes our courageous CIA agents.

WikiLeaks’ role in the 2016 election haunts the tech giants and certainly informed their decision to suppress the reputable New York Post.

This is not the first, nor the last, attempt by the tech overlords to interfere in the election. They’ve blocked Trump ads, censored Trump tweets, suspended Trump campaign accounts, “fact-checked” truthful statements and declared them false, boosted thousands of anti-Trump articles and tweets, and donated heavily to Left-wing groups working to defeat Trump. Mark Zuckerberg has invested $400 million in election “infrastructure” throughout the country, even though this effort is supposed to be publicly funded. Conservatives rightfully fear this initiative — nobody puts down that much money and expects no return on his investment.

Tech censorship is one of the most blatant signs of an illegitimate election. Social media is the public forum of our day. The platforms have continually denied Trump and his supporters a fair place in these forums where the people take in news and information. Tech companies restrict access to the town squares of the 21st century to avoid a repeat of 2016.

Some believe Big Tech is doing this purely out of liberal political allegiance. There is some truth to that. There is plenty of evidence Silicon Valley overwhelmingly leans left. But that doesn’t prove the decisive factor. For years, Twitter and Facebook have resisted calls to censor Trump (but not others) over a desire to not be too political. They know they’re running a business and can’t (openly) alienate half the country.

Why? Part of it was due to their own employees revolting and demanding more change. But the bigger reason was the growing assumption Biden will win the election. The tech titans worry a President Biden will come down hard on them if they do not censor Trump. Biden wants to eliminate Section 230 of the Communications Decency Act, a prized treasure for tech platforms. Section 230 grants tech platforms immunity from publisher liabilities, meaning they can’t get sued for libel and other material posted on their sites. Without Section 230, they would be held liable for said material. That would disrupt the giants’ whole model and effectively turn them into publishers like the New York Times. They would be even worse without that immunity. (Trump and Republicans want to revise Section 230 to better protect free speech).

The aggressive censorship of Trump is the tech giants telling Biden to not take away their privileges. They can be trusted to ensure another Trump never happens again — “please don’t turn us into publishers.”

It’s a gamble they’re willing to take. Of course, if Trump wins, they’re screwed. But they’re confident that won’t happen.

The suppression of the NY Post story further justifies Trump’s refusal to 100% commit to conceding. He’s been hit on this topic incessantly. He was asked at the first presidential debate if he would commit to a “peaceful transfer of power” if he loses the election. “We’re going to have to see what happens,” Trump said. “You know that I’ve been complaining very strongly about the ballots, and the ballots are a disaster.”

The comments spared hysteric outrage from the press, Democrats, and even some Republicans. The public was treated to lectures about how all presidents must submit to “peaceful transfers of power,” whatever the results or the circumstances of the results. Nevermind that Left-wing luminaries such as Hillary Clinton are urging Joe Biden to never concede. Ignore the escalating evidence of voter fraud and mail-in balloting errors. Disregard the Left’s threats of violence and mass social instability if Trump loses. Forget about how the deep state conspired to delegitimize Trump’s first election. And don’t you dare bring up Big Tech malfeasance.

The real threat to our democracy is the tiny-handed Cheeto Man!

Trump is right to hold out accepting the election results. Biden’s running mate, Kamala Harris, promises to prosecute him if she got to the White House. Plenty of state and local district attorneys would love to do the same as well. Prominent Democrats and liberals are already calling for a “Truth and Reconciliation Commission” to punish the president and his supporters. The institutions are wielding their immense power to deny the historic American people the right to choose the president.

The elites are doing their best to steal this election. Trump should not make it easier for them. He can point to tech giants’ election interference as a reason to carry on his fight after Election Day. If he concedes without a fight, his political legacy will be over and he may very well end his days in jail.

There’s only one choice for Trump: fight.

« Jacques Mesrine: “The Man of a Thousand Faces”