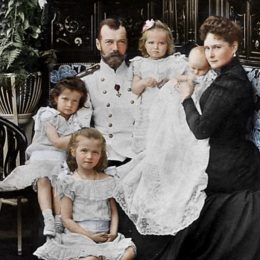 In our last update, we announced a $5,000 matching grant, which was met with an outpouring of support that quickly used it up and carried us well beyond. I want to thank all of our donors, and particularly the lady who offered that matching grant as “my fist raised against Black Lives Matter.” The lesson is that matching grants work.

We are just a bit over $5,300 from the two-thirds mark, with more than two-and-half months to go.

Over the years, Counter-Currents‘ authors have penned a number of very moving appeals for support. I am reprinting Spencer Quinn’s 2019 appeal below.

If there is any hope for Western civilization, it can only spring from white identity. White identity is the best – and really, the only – antidote to the Left and its globalist, anti-white program. Simply put, white identity amounts to fighting fire with fire. The Left, led disproportionately by liberal diaspora Jews, learned long ago that the best way to defeat the Right was through a conglomerated non-white identity. In Europe and America, Jews have been a necessary component of the multiracial coalition which has been threatening the white majorities since the 1960s. The recent congressional condemnations of both anti-Semitism and White Nationalism attest to how complete the Left’s victory has been, and how Jewish the Left is by nature.

At the time, Bill Buckley and the intellectual arm of mainstream conservatism weren’t any better. Abjuring white racial consciousness while tacitly allowing neoconservative Jews like Norman Podheretz and Irving Kristol to act on theirs may have had some benefits in the Cold War, but it didn’t convince Jews en masse to vote Republican. It also didn’t keep the neocons from abandoning the pro-immigration platform of the Left. To make matter worse, it was the neocons (along with Buckley himself) who purged the Right of some of its staunchest (and, not coincidentally, most race-realist) defenders in the Birchers, and later, the paleoconservatives. Such short-sighted tactics are why the National Review is now the publication of ineffectual cuckservatives such as David French and Jonah Goldberg, and in many cases works against the conservative principles upon which it was founded.

While Trumpian civic nationalism is a step up from all of this, it still falls short of what the Right needs for ultimate victory. Yes, President Trump’s honesty about Mexican and Muslim immigration is a welcome change. Yes, America First is a good idea. Yes, even threatening to use Immigration and Customs Enforcement to deport illegal immigrants is preferable to what the Democrats or Republicans have to offer. Further, one cannot deny Trump’s great work on the economy. But his idea of bringing in qualified or talented non-whites, his constant waffling, and his overall inaction in building the Wall and carrying out other anti-immigration measures limits his approach. The Left could just wait Trump and his successors out until the day when non-whites gain control of the body politic by sheer numbers. That day is coming, and the civnats can do little to stop it.

The reason why all these efforts fail is because they have no defense against non-white identity. Non-whites dishonestly presume the equality of races, and can therefore use the race card as a political equalizer where whites, as a host population, cannot. Further, non-whites these days have racial solidarity that whites could only dream of having. As Edward Dutton has pointed out, in multiracial settings, the group with the highest sense of ethnonationalism always dominates. While whites enjoy a supermajority, they can endure or mitigate this domination fairly comfortably. Once this supermajority disappears, however, whites will find themselves dominated in the West by non-whites for the first time in centuries. This will be a disaster for them. Either they will subscribe to the Left’s genocidal agenda by submitting to it, or they will be forced to fight – either option being, of course, fraught with violence and danger.

This is where Counter-Currents and similar pro-white publishing and media outlets come in. Counter-Currents sees the future clearly, and is taking pains to alter current metapolitics in order to peacefully transition back to normatively white societies in the West. As I have said before, there can be no nobler goal.