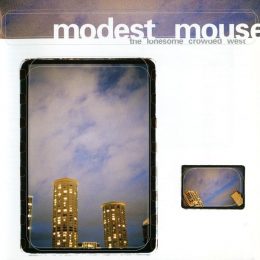 Modest Mouse was formed in Issaquah, Washington, in the year 1992. Issaquah was formerly a sleepy community removed from the sprawl of the Seattle metropolitan area, but is now another far-flung bedroom town swallowed whole by the Microsoft and later Amazon-centered tech boom and its ensuing concreting of the Puget Sound in the 1990s and 2000s. That transformation — which took place at the same time Modest Mouse was formed — is what The Lonesome Crowded West is about.

The band was formed by three equally eccentric, typically rural Pacific Northwestern types. Lead singer and creative Isaac Brock was born to working-class parents and even spent some time in a trailer park, his lisp and peculiar diction lending him a charming, if not somewhat Southern quality to his prose and vocals. Eric Judy, the band’s bassist, looks exactly like you’d expect him to. Jeremiah Green is soft-spoken, well-connected, and cultured, having lent the band its name from a passage in Virginia Woolf’s “Mark on the Wall.” [1] I would argue the name is more descriptive of his personality, though. The three met on account of their house show habit at a time when the Seattle music scene was predominately focused on the tattered remains of hair metal, just before grunge was about to explode locally.

Prior to that, however, more interesting things were happening further south. In Olympia, a punk rock and art scene had sprung up centered around the infamous Evergreen State College; groups like Heavens to Betsy (later, Sleater-Kinney — and I would be remiss not to mention lead singer Carrie Brownstein’s early life, who would later go on to co-write the television show Portlandia), Bikini Kill, and yes, even an early Nirvana were churning up rock music tinged with rain and identity politics that was spilling over into the arguably less-creative north side of the Sound. Modest Mouse was adjacent to, but not necessarily a part of the whole ordeal — in the (excellent) Pitchfork documentary for this record, Brock makes clear that he kept his distance from both the Olympia and Seattle scenes for a few different reasons.

One was simple displacement. As soon as grunge and Northwest punk made it into Seattle proper, tech companies fueled by the Microsoft boom began having the time of their lives — and then the city was soaked in heroin.

Raccoon eyes, bleached hair, and flannel became synonymous with the music that poured down the sides of Capitol Hill. That’s not quite what Modest Mouse was aiming for, though, since grunge spent a whole lot of track time complaining about being sad without ever addressing what was making them sad. Brock and company weren’t part of the set that everyone else came from, either, having dodged the oddities that come with living in a state capital. Rather, he and his bandmates quickly found that they no longer had to go looking for trouble, as stretches of pavement had snaked their way into their little town and trouble was knocking on their door. (This pavement is, by the way, the “beautiful suburbs” our President has taken to praising on the campaign trail.)

“Cowboy Dan,” the album’s seventh track, nails that sentiment with one of the album’s most moving lines: “I didn’t move to the city, the city moved to me; and I want out desperately.” The track itself dwells mostly on scenes of the countryside — specifically, a day that Isaac Brock spent in the plains of Montana — spliced by the half-mad ranting of a man driving out to the desert and attempting to shoot God out of the sky. It’s a story about what the natural landscape becomes to people who have to go out and seek it as a refuge from chaos rather than an integrated part of their existence. It’s a sad fact of life that everything one seeks to escape in space tends to follow in spirit.

The entities that were shaping the landscape of the Pacific Northwest in the 90s were not, however, openly hostile. Much of the change taking place at the time was rooted in a kind of hopeless optimism, the idea that the money flowing into the region was simply never going to run out. People were oblivious, and a lot of “pointless, pointless shit was being built,” in Brock’s words. Yuppie carelessness didn’t blunt the edge of their damage, however, and their mingling among the dregs stands out as particularly amusing — or enraging — on the staple “Doing the Cockroach,” an energetically rhythmic track about people-watching in metro stations and Amtrak trains. (Among them include doctors, lawyers, and people who watch too much television.)

Strip malls and Amtrak stations aren’t the only things paved out of concrete. Much of this record dwells upon the arteries that brought sprawl to Issaquah, the very things that the band spent a great deal of time on during their first tour: highways. “Convenient Parking,” “Out of Gas,” and “Truckers Atlas” detail each aspect of the quintessential American automotive experience in terms that never come close to disparagement or mockery; in fact, much of the band’s description of the open road approaches a modern romanticism that is all-too-familiar to anyone who has gone on any lengthy road trips in our country’s beautiful interior. The catch, of course, lies in the group’s adept description of what the consequences of such romanticism are; blown gaskets, parking lots, and the dangers that each passing highway town presents to motorists on their journey (typically, drunkenness).

Drugs and pavement are enough to make one feel out of place. But Modest Mouse’s outsider status wasn’t just limited to smack avoidance and freeway exhaustion — the band also incorporated spirituality into their records without the deflating smack of irony or cynicism that plagued alternative rock during their period. There is the enigmatic “Jesus Christ Was an Only Child,” the myriad references to religion on “Bankrupt on Selling,” the borderline-suicidal bombasticism of “Shit Luck,” alcoholic ruminations on modern deification on “Polar Opposites,” and the wisps of mysticism that pin together the tear-filled narrative of “Cowboy Dan.” This is an album that still, somehow, believes that something good up above exists — even if the people who created it are pretending to ignore it out of a self-preservation instinct. The Christ figure painted on “Jesus,” after all, is stuck between imagery of one sitting at their desk, “working real hard to make internet cash,” working their “fingers to the bone, sitting on your ass.”

The Lonesome Crowded West depresses not so much as a mere sad story, but also for the fact that it was so utterly prophetic — while at once missing a crucial piece of the puzzle. The enemies of Brock’s narrative, unnamed as many of them are, are all white people — the tech moguls and transplants that colonized the place he knew and loved with cookie-cutter houses and chokehold traffic that drove the young man nuts. International finance works in ways that obscure its sources and causes from the layman, and the once-young boys who penned this album were no unfortunate exception. Seattle died before their very eyes, and it was their desolation at the sight that drove them to pen this record.

Perhaps their point is driven home best with a visual accompaniment. The album’s cover depicts the Westin Seattle, a two-tower hotel complex on the northern periphery of Seattle’s financial district. Just north of the Westin lies the neighborhood of South Lake Union, a once-working class area in the city center, home to light industry and cheap apartments. 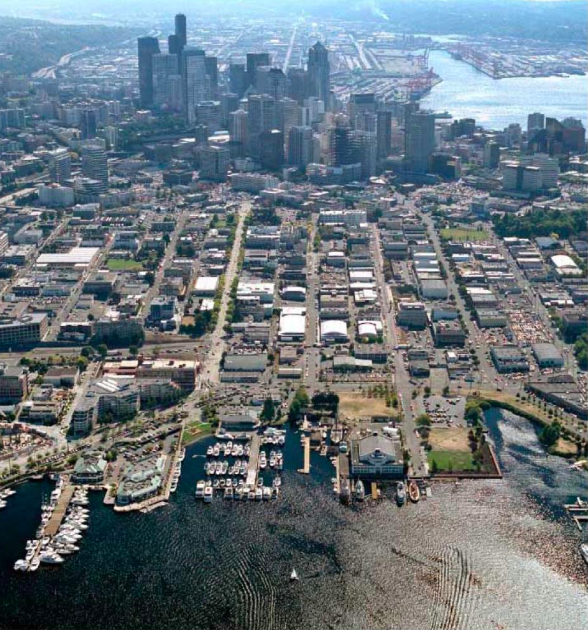 Amazon’s — and many other tech companies’ — headquarters find their home in South Lake Union today. 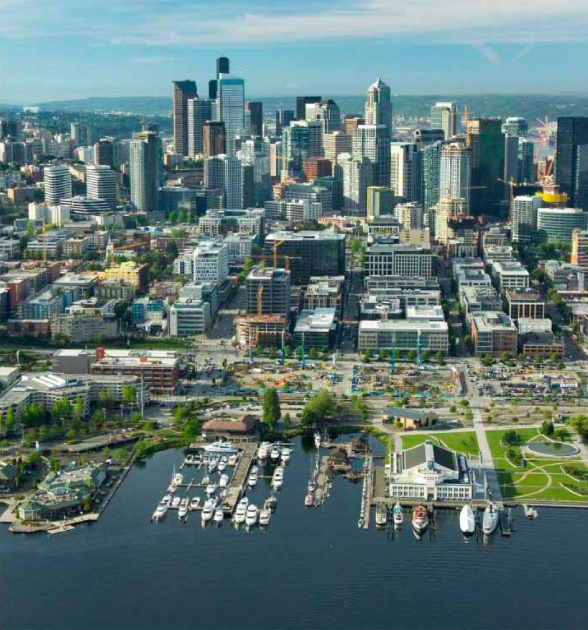 I suppose the one advantage we have over these gentle-hearted rockers today is that we at least know these people hate us, rather than look down upon us.

[1] “I wish I could hit upon a pleasant track of thought, a track indirectly reflecting credit upon myself, for those are the pleasantest thoughts, and very frequent even in the minds of modest mouse-coloured people, who believe genuinely that they dislike to hear their own praises.”

« Tales from the Racial Front: The Public Library