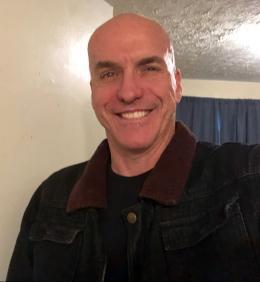 Editor’s note: Jim Goad has joined Counter-Currents as a twice-weekly original contributor. This is his first article.

For reasons that have nothing to do with trying to absolve myself in the eyes of people naive enough to think that “racism” not only exists but is both evil and ubiquitous, I’ll attempt to explain why such an accusation is imbecilic.

It’s true that I hate black people, but not for being black — it’s because they’re people. I suppose my worldview is religious in the sense that with very few exceptions, I see humanity existing in a fallen state. People are overwhelmingly shallow, dumb, and so dishonest that they need to tell themselves twenty lies before they’re capable of putting on their socks in the morning. Perhaps it’s nothing but wishful thinking, but I at least like to pretend that people have far more potential than they are displaying at the moment.

I’m a race realist in the sense that I acknowledge quantifiable physical and cognitive differences among the races, but nearly six decades of hard knocks have taught me we are all equal only in the sense that we are equally capable of being assholes. I can be convinced otherwise, but I’ve yet to see anyone put together a convincing argument that one can quantify differences in character and temperament among the races.

So I reserve most of my hatred not for blacks, but for the liars who not only lack the honor to cop to their lies but whose lies put people in harm’s way.

“We are all equal” is a lie that obviously appeals to people who feel inferior, but it’s so cleverly manipulative that it had to have issued from a superior mind.

And unless you’ve been living since May with your head up God’s ass, you should be aware that telling black people they are equal — and that any disparities in income and victimization by police are due to Demon Racism rather than the fact that, on average, blacks are dumber and more violent than others — has put countless human lives and this nation’s very existence in harm’s way. We are pushing the lowest common denominator to the point where it threatens to become subterranean, to where “justice” won’t be achieved until we’re all squirming in agony way down deep at the bottom of the Lake of Fire.

When I get accused of being a “white supremacist,” I don’t deny it for any moralistic reasons but because I strain to find any way in which whites currently excel beyond collective masochism — at that fine art, we are the undisputed world champs.

I can, however, name at least three areas in which it would be fair to label me a black supremacist.

I suppose it’s my Celtic blood that gives me a fondness for words in a synergistic sense. I can experience words with all five senses. I like writers who use words like a painter employs color or how a singer can convey heartbreak with only a slight shift in tone or amplitude. And I’ve had a lifelong fondness for blacks’ boundless creativity in naming their children.

My parents reared a Jim and a John and a Christina and an Alton — the first three names are woefully common, and the latter is marginally unusual, but it wasn’t even original in the sense that he was named after my father. 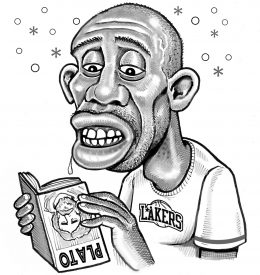 Meanwhile, like cannonballs, black wombs are shooting out Shitaviouses and Letalvises and Stanklons and Tyrekios — white people simply can’t compete, and I suffer no blows to my ego by acknowledging black supremacy in this area. Every time they pop out another human welfare check, they show unlimited creativity in naming the li’l sapling.

Whereas boxing used to be almost the sole domain of blacks from around 1960 to 2000, the heavyweight championship has been dominated by whites for the last twenty years. Basketball, though, continues to be so absurdly ruled by blacks to where I marvel that anyone can believe 13% of the population accounting for 80% of players can be explained by anything other than innate human inequality.

Crime is another area in which blacks are peerlessly supreme. Sure, you could make a case that government and the finance system are innately criminal, but to my knowledge, no black person has ever been clever enough to create a functional government or financial system. Likewise, I’m unaware of any black person ever devising an intelligence test where blacks so much as achieve parity with other races, much less supremacy over others.

What you hardly ever hear about is “64 to 1.” That’s the number I arrived at by crunching the numbers from FBI stats between 1996 and 2008. In raw numbers, black-on-white rapes outpace the inverse by a factor of around 11 to 1, but when you account for the fact that whites also outnumber blacks by about 5.5 to one, a white woman is 64 times more likely to be raped by a black man than a black woman is by a white man.

Only a nimrod would deny black excellency in the field of rape.

Yet it’s precisely this form of denial — as well as the refusal to admit that there are crucial areas in which blacks lag behind all other groups and continue to lag despite decades of elbow grease, oceans of guilt, and trillions of worthless Federal Reserve notes tossed at the problem in the vain hope that it will all go away — which has the United States careening at warp speed to become Zimbabwe. It’s all happening right before our eyes — or at least before the eyes of those who haven’t plunged knitting needles into their eyeballs because they can’t bear to watch anymore.

Only an irredeemably jealous racist would deny blacks their rightful place as the intercontinental champeens of rape, basketball, and child-naming.

Problem is, a nation cannot live on basketball and rape alone. It’s easy to see and just as easy to admit. But white Americans seem determined to learn this simple lesson the hard way. So as I type this, I’m filled with racial hatred toward other whites.