The Counter-Currents Newsletter, August 2020 2020: A Year of Decision 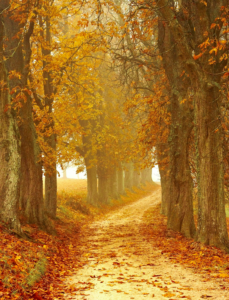 Future historians may look back at 2020 and declare it a pivotal year in history, like 1989, when Communism began its collapse in Europe; or 1914, when Europe threw itself into the abyss; or 410, when Rome was sacked; or even the birth of Christ, somewhere around the year 1. 2020 may be the beginning of the end of multiculturalism — and the beginning of the beginning for ethnonationalism.

We need to do our best to make that happen. We can’t just count on the impersonal biological and social forces that are destroying multiculturalism before our eyes. We have to put our shoulder to the wheel of time and urge the process along. We also need to steer it toward something better by offering a real alternative. So whenever you have an opportunity to redpill people about the ongoing violence and insanity, just keep repeating the mantras:

“We can’t live with these people.”

“If white people had a country of our own, this would not be happening.”

Begin with the recent video of a black man running up behind a randomly chosen white man and bashing his head with a brick while his fellow savages titter moronically.

That could be any one of us, as long as we have to share our countries with blacks.

But we don’t have to live this way. We can separate. We need a racial divorce.

To get that racial divorce, we need to increase racial polarization and force a decision to solve the problem permanently by going our separate ways. Blacks and the Left are doing a great job of increasing polarization for us, although we need to keep adding fuel to the fire. Forcing a decision will be even harder because it goes against the grain of our current leadership and our political system as a whole.

Carl Schmitt, and before him the great Spanish reactionary Juan Donoso Cortés, recognized that an essential feature of liberal democracy is the evasion of decisions. What is a decision? A decision is required when you have a choice between mutually exclusive options, meaning that you have to take one or the other. You can’t choose both, and you can’t just choose not to decide. A real decision is the forced choice between mutually exclusive options.

First, liberals are optimists. They think that the arc of history bends toward a world without conflicts and thus without politics and hard political decisions.

Second, liberals are afraid of power and everything that comes with it, especially personal responsibility. Decision requires that someone is invested with the final authority to decide, as well as the responsibility to bear the consequences. Liberals, however, think that we can be ruled by laws, not men, and when decisions need to be made, they prefer to make them collectively, hence the endless talk. Or they create complex “checks and balances,” which are simply a way of treating responsibility like a hot potato, to be handed off to someone else. Or, to change the metaphor, it is like a game of musical chairs, where the last man standing loses by having to make a decision and stick by it.

America has now suffered more than three months of anti-white rioting by blacks and Communists. As the death toll mounts and economic costs soar into the billions, the country’s leadership either supports the lawlessness or is afraid to do anything about it. They are afraid of the mob and afraid of the press. But they are more afraid of their own consciences, since they have accepted the fake moral absolute that nothing is worse than racism toward non-whites, especially blacks.

Election-year pandering to black voters is surely a huge part of it too. Thus America drifts deeper into crisis, held hostage to the whims of the stupidest, most violent, and most sociopathic element of the population.

Every time a black criminal encounters the police — and there is a neverending supply of black criminals — we risk more riots. Furthermore, as the state backs off from enforcing laws against blacks, black criminals naturally respond to the opportunity by committing more crimes.

If you want to destroy a society, just make it a taboo to arrest black people. They’ll do the rest.

Eventually, a decision will have to be made. But by then, the damage to the nation may be irreparable. Furthermore, by driving decision and responsibility out of the political process, liberals just create a situation where ultimate decisions are made by unaccountable people outside the political system entirely, i.e., our disproportionately Jewish oligarchy.

For the duration of the crisis, race-conscious whites must:

We also need to re-elect Donald Trump, not because of what Trump is likely to do, but because:

Yes, it would have been nice to have gotten a wall.

Yes, it would have been nice if Trump had taken serious steps to combat electoral fraud and tech censorship.

Yes, it would have been nice if Trump had turned America in the right direction.

But that’s up to us now. We can expect no help from anyone in power. Whites have no representation in Washington, no friends in office. Trump, however, will do less to impede us, and his very presence will polarize and delegitimize the system better than we ever could. Trump gives us more crises and more opportunities to triumph in the end. Four more years of Trump will get us closer to the ethnostate.

1. Our Webzine and Traffic

August was a very strong month in terms of traffic, with more than 321,000 unique visitors, which is our second-highest month ever. We are steadily regaining ground lost to censorship starting in May by Google (pardon my language, since “Google Is a Dirty Word“).

The continued racial conflict in the United States is driving people toward us. Only Jews and white nationalists really understand what is happening in the US today, and only white nationalists will tell you the truth about it. When people have questions that only we can answer, eventually they find their way here.

This Google malarkey comes on the heels of Counter-Currents being de-platformed yet again from a payment processor back in March. We remain without an easy way of taking credit card donations. This is a serious economic blow. There is information on how you can help below.

The good news, though, is that more of our people than ever before are now receptive to our message, and we need to increase both our activity and also our commitment and moral intensity if we are to reach them and change their minds. Thus it is important for you to support Counter-Currents, now more than ever, not just in spite of the hard times, but because of them.

In August, we added 83 pieces to our webzine, including five podcasts. Our Top 20 articles and full stats are below.

Counter-Currents, like most promoters of dissident ideas, depends upon the generosity of our donors. In 2019, around 500 donors made it possible for nearly two million unique visitors to find their way to Counter-Currents. If you want to join the people who make Counter-Currents possible — or renew your support — there are several ways you can help out.

In March of 2020 we again lost a credit card processor. We are looking for new ones and will keep you informed.

Currently, the only way you can donate via credit card is through Entropy. Just go to our Entropy page and select “send paid chat.” Entropy allows you to donate any amount from $3 and up. If you include a comment or question, it will be read and discussed in the next episode of Counter-Currents Radio, which airs every Friday.

If your bank does free money transfers to other banks in the US, please contact me at [email protected].