Metapolitics Matters:Lieutenant Colonel Archibald Roberts
& The Anatomy of a Revolution 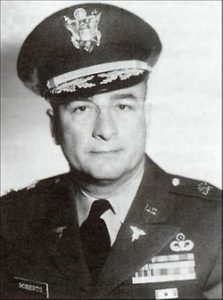 I had occasion to visit Fort Collins, Colorado this summer. In doing so I was able to discover information on an important Rightist of the 1960s, Lieutenant Colonel Archibald Roberts. LTC Roberts was a longtime resident of the area and active on the local AM radio community. He is buried at Grandview Cemetery.

Archibald Edward Roberts (1915–2006) is almost unique for the men of his generation and social class. While most of the American officers of World War II settled into a mediocre left-of-center technocratic comfort zone and endorsed “civil rights,” LTC Roberts rejected the consensus of the day, became an anti-Communist crusader, and thereby took real risks. His most prominent role in the historical record is as the Information Officer in the 24th Infantry Division in West Germany during the Cold War.

In 1961, his commanding officer, Major General Edwin “Ted” Walker, was fired by the Kennedy administration for his anti-Communist Pro-Blue metapolitical effort, and Roberts was likewise released from Active Duty. Roberts sued the Army, was re-instated, and then retired from the Army in 1965. He had served as a paratrooper and Medical Service officer in the Pacific during World War II and later in Korea.

After he retired, Roberts focused on metapolitics from his home in Fort Collins. One of his works is a booklet called The Anatomy of a Revolution. It was published in August of 1968, so it emerged during a highly charged election season at a time when every city in the northern US was in the midst of continuous Congoid rioting. There was also arson, terrorism, and other acts of unpleasantness on the part of (mostly Jewish) white Leftists at the time.

The ideas within the booklet can be parsed into several parts.

First, Leftist agitation originates with the French Revolution, and those that carry out revolutionary disorder are often mattoids. A mattoid is a person who is cognitively normal, but otherwise deeply unbalanced in some way. “Subverting the existing order,” writes LTC Roberts, “is a genetic compulsion of the mattoid. Sick-brained men, occupying a rarified position, have nailed the revolutionary banner of ‘Liberty, Equality, Fraternity’ to the mast of our ship of state. Behind a concealing curtain of ‘humanitarianism,’ they now direct the course of our nation to chaos, to oblivion, to a soviet twilight zone.” (pg. 10) 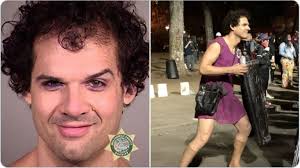 Second, international bankers and the Federal Reserve are subverting America. The Anatomy of a Revolution is footnoted and has an inserted chart that describes the “Rise and Power of the International Bankers” by Reverend James Patrick of East Moline, Illinois. (I disagree with these ideas. Banks that store and move money are essentially the invention of the people who lived on the coasts of the North Sea during the Dark Ages. Additionally, the Federal Reserve came from the minds of agrarian populists like William Jennings Bryan who were and are called anti-Semites. Jewish control of banking institutions is probably the only real issue.) 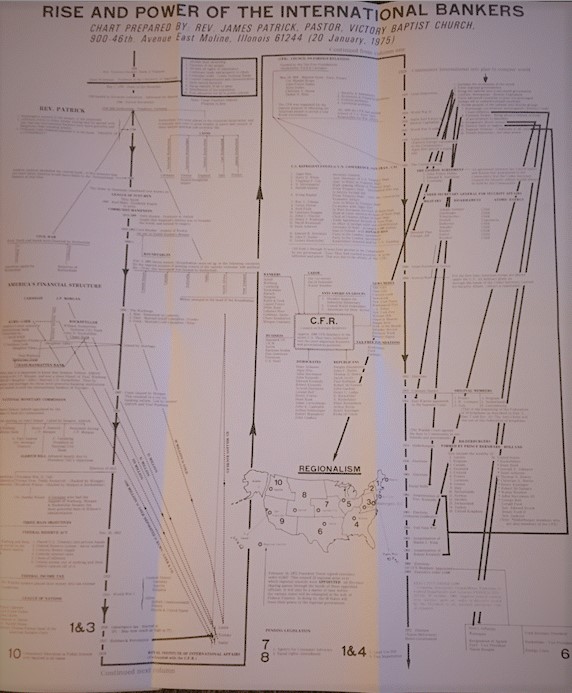 The inset within The Anatomy of a Revolution

Third, although the United States in the 1960s was a peak industrial and economic form, US government policy was undermining the economic wellbeing of America through a globalist trading policy. “[In] 1964, President Lyndon B. Johnson revealed that emerging nations are to be industrialized under UNCTAD. Small and medium-size business owners destroyed by such a relocation of production and labor skills will, he said, be compensated by such loans from the United Nations International Monetary Fund, which theoretically will enable ruined American businessmen to enter new fields of endeavor — leaving the market open to tariff-free imports from UNCTAD industrialized nations.” (p. 20)

Fourth, the United States government was starting to engage in endless “no-win” wars and was setting up its military to be under United Nations command.

Looking Back a Half Century

One might get a sense that LTC Roberts produced dated work in that he writes about policies and organizations that have long since been abandoned. But in other ways, he really hits the mark. We can now look back at his ideas and see how they aged.

First, it is striking how LTC Roberts is well within the Yankees vs. Jews ethnic clash. He was descended from passengers on the Mayflower. His family lived in Illinois for several generations, and he had family roots in the American Midlands culture. Likewise, his inset was created by a person from East Moline, Illinois — a very Yankee and Quaker Midlands part of the United States.

Next, it is clear from the mugshots of arrested Antifa in this ongoing season of BLM riots that LTC Roberts was on to something when he described violent Leftists as “mattoids.” He was also on to something when he prophesized American economic decline. American industry was built on tariffs and protectionist policies. In the 1960s, in a wave of pro-globalist technocratic leftism, American politicians gave away American industry while being applauded by left-of-center Labor Union leaders like Walter Reuther.

He was also right about UN command of US troops. This turned out to be a major issue during the Clinton administration. LTC Roberts envisioned the United Nations as some sort of ruthless and efficient, Antichrist-led, One-World Government.

The reality turned out to be far, far worse. American troops involved in UN operations ended up being led — in the strategic/political sense — by incompetent UN leaders, like Kofi Annan. The UN turned out to operate at a Dinduist level; a woefully inept mixture of Zimbabwean efficiency reinforced by battalions of scolding harridans. The UN’s involvement in Bosnia in the early 1990s was a series of embarrassments and the Somalia deployment was a disaster. Fortunately, other than in relics like the Saini Mission, UN “peacekeeping” missions seemed to have vanished somewhere in the mid-2000s.

After the Oklahoma City Bombing, the mainstream press became interested in people like LTC Roberts again. They were looking to tie his ideas to the bombing. It is clear from those hostile articles that the Colonel was operating at a high level even in his eighties. Indeed, he was probably a more able and intelligent man that MG Walker.

Today, there is a big question as to why the US Military produces so many lackluster leaders like General George Casey or Secretary of Defense James “Mad Dog” Mattis. I’d like to argue that the Kennedy administration broke the military’s intellectual tradition when they sacked Edwin Walker and his very able Information Officer.

While in West Germany during the Cold War, LTC Roberts looked at his Communist enemy and thought seriously, like a scholar, about how to counter the ideas of Communism. The logic of his ideas and the effectiveness hit too close to home to politically active Jews, Leftists, and anti-anti-Communists that made up Kennedy’s base. Thus, when Walker and Roberts got the axe, careerists took notice and the whole officer corps made themselves stupider than they really were.

We’ve now ignored Thucydides’ warning that “The Nation that makes a great distinction between its scholars and its warriors will have its thinking done by cowards and its fighting done by fools.”

There isn’t a biography that I know of about LTC Archibald Roberts, but his papers are waiting for someone to take up the task.

« Stolypin vs. Bogrov: Themes of Ethnonationalism in Solzhenitsyn’s August 1914