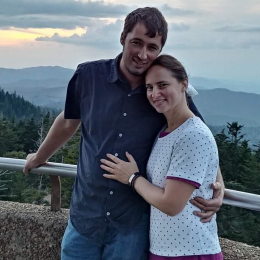 A Mennonite couple was brutally attacked by black assailants in Bloomfield, Indiana last week. Jonathan and Wilma Hochstetler were fixing a work trailer when two armed black men approached them and demanded their money. The assailants robbed them and took the wife’s cellphone. As the robbers were walking away, they turned around and shot their two victims. Wilma died from her wounds but Jonathan was able to survive thanks to the help of his young son who dialed 911.

As of this article’s publication, the black assailants have neither been identified nor caught. Sam Hochstetler, Jonathan’s father, offered them forgiveness anyway. “I feel no hatred, bitterness, anger, nor revenge towards the two black men that murdered my daughter-in-law,” Hochstetler said in a letter he read before local media. “I extend forgiveness for the two murderers. Revenge only begets more violence. My heart’s desire for them is that they would repent, to fall on their faces before the Lord Jesus, and cry out for mercy for their own souls’ sake.”

He did say the two men would suffer eternal punishment if they did not make right with the Lord, but he also emphasized that he was not a racist. Why does the father of two innocent victims need to proclaim he’s not racist? The Hochstetlers are Mennonites, who are renowned for their deep faith and commitment to pacifism. It’s expected that the family would offer a similar reaction to such a horrible crime. Mennonites truly believe in turning the other cheek. But the inclusion of an “I’m not a racist” declaration transforms this statement into something off-putting. It’s also odd to offer forgiveness to two transgressors who have shown no remorse or feelings of contrition. They haven’t even turned themselves in yet.

Hochstetler’s response fits a pattern of white victims reacting to non-white aggression: just forgive and forget. This response, lionized by the media, signals that whites treat murder, rape, and robbery as just something we have to live with. The only thing we can do is to forgive and pretend there’s nothing we can do about it.

Another example from September demonstrates this strange mentality. Jordan and Aileen Stevens were a young white couple in Nashville who were expecting their first child. In mid-September, they were carjacked by a black career criminal who already killed one and wounded three others in a highway crime spree that morning. The assailant, D’Angelo Dorsey, ordered the two to drive to their home where he stole firearms from the couple. He then stole another car and forced the two inside. He executed Jordan Stevens in front of his pregnant wife and dumped his body along the highway. Dorsey later killed himself during a police pursuit; Aileen Stevens survived the ordeal.

This incident certainly traumatized the 23-year-old expectant mother. At a vigil for her deceased husband, she exhorted the crowd to let go of their anger. “People are angry. I’m not angry because either way it was going to happen,” she told the mournful crowd. She also said that both she and her husband prayed for Dorsey. “I think one of the biggest things that allowed this to happen was when Jordan told the man, he was like you know we’re going to pray for you, you’re going to go on and do what you need to do,” Stevens said. “After that moment [Dorsey] just kind of looked at us and just looked away and he was like you shouldn’t have prayed. You shouldn’t have done that.”

It’s an odd statement — is she implying the prayer got her husband killed? In any case, the mother-to-be treats the incident like a natural disaster rather than a horrible crime. This was bound to happen; there was nothing anyone could do about it. It’s time to move on with life and hope the community can help raise her girl without a father. While not quite forgiving her husband’s killer, Stevens urges people to not be angry at the brutal criminal and just let it be. He is dead, after all.

However, other whites express similar sentiments about still-living aggressors. Indiana pastor Davey Blackburn forgave the black men who sexually assaulted and murdered his pregnant wife in 2015. Their 15-month-old son was in the house when the murder occurred. Blackburn said he hoped to share the Gospel with the killers. He later wrote a book about how he forgave his wife’s killers.

One of the most odious examples is that of Mollie Tibbetts. Tibbetts was a young Iowa college student who was raped and murdered by an illegal immigrant in 2018. Her family essentially defended their daughter’s killer from the real monsters: Trump supporters. Rather than following the example of Angel Moms who work to end illegal immigration following the murder, the Tibbetts family became ardent defenders of mass immigration and multiculturalism. They even denied their daughter was a victim. “Today, we need to turn the page. We’re at the end of a long ordeal,” Rob Tibbetts said in his eulogy of his daughter. “But we need to turn toward life — Mollie’s life — because Mollie’s nobody’s victim. Mollie’s my hero.”

Mr. Tibbetts lashed out at Donald Trump Jr. and others who highlighted his daughter’s death to show the dangers of illegal immigration. “[D]o not appropriate Mollie’s soul in advancing views she believed were profoundly racist. The act grievously extends the crime that stole Mollie from our family,” he wrote in an op-ed. He also apologized to the community responsible for his daughter’s death: “To the Hispanic community, my family stands with you and offers its heartfelt apology. That you’ve been beset by the circumstances of Mollie’s death is wrong. We treasure the contribution you bring to the American tapestry in all its color and melody. And yes, we love your food.”

Not to be outdone by her ex-husband, Mollie’s mother, Laura Calderwood, took in a friend of her daughter’s killer. The friend tried to persuade Calderwood to sympathize with her daughter’s illegal alien killer, which news reports suggest he succeeded in. The press celebrated the Tibbetts as the model for how whites should react to immigrant crime: get over the transgression and double down in support of demographic replacement.

The family of German teenager Maria Ladenburger responded in a similar manner to their daughter’s brutal murder at the hands of a refugee. They asked their fellow Germans to support a refugee charity in their daughter’s memory. For that magnanimous gesture, the family was awarded the prestigious “Citizen of the Year” prize from the Federal Association of German Newspaper Publishers in 2018.

Most readers will also probably be familiar with the case of Amy Biehl. Biehl was a white anti-apartheid activist who was savagely beaten and stabbed to death by black South Africans in 1993. Her parents forgave the killers and hoped they would use their energy for good in the future. The family started a non-profit to carry on their daughter’s racial activism. The nonprofit employed one of Biehl’s killers.

It is a bit unfair to compare the latter three reactions to the first three. Hochstetler, Stevens, and Blackburn turned to their faith and offered forgiveness without embracing Left-wing activism. Meanwhile, the Tibbetts, the Ladenburgers, and the Biehls practically embraced their transgressors and advocated for more social transformation. You would not have been surprised if Rob Tibbetts apologized to his daughter’s murderer.

There’s a degree of difference between these cases but they all ultimately come to the same conclusion: we’re forgiving the killers, this is just something that happens in life, and we can’t do anything about it.

This is in sharp contrast to how blacks react to any alleged transgression. We’re currently in the fourth month of social unrest over a convicted armed robber overdosing on fentanyl while in police custody. George Floyd’s family didn’t feel it was important to forgive the police officers — even though the case looks flimsier by the day — or talk about how much they care about Blue Lives. They politicized their relative’s death to advocate for their racial interests, as do many blacks. It’s hard to think of any black who hasn’t turned a transgression — whether it’s a “Karen” calling the police, a rude remark in a grocery store, or police shooting an armed black suspect — into a rally cry. None of these families ever offer forgiveness or act like their loved one’s death is just something that happens. They demand action to ensure that this “injustice” never happens again. Our society agrees and our elites shed tears any time a black person suffers an inconvenience. Elites believe we must transform our society so that black people will never suffer a police phone call or die while committing a crime.

There are some whites who do want to take action to ensure that the tragedy that took their loved one doesn’t happen to others. There are the Angel Moms who demand solutions to immigration in response to their relatives’ slayings. But the media usually ignores these families and attacks them for wanting to save other families from the grief they suffered. The New York Times will not lionize a mom who speaks at a Trump rally about her daughter’s murder at the hands of an illegal alien. But the paper of record will praise her if she forgives the killer and demands more immigration.

Some of this mentality is rooted in Christianity and elites certainly exploit the faith of whites to browbeat them into acceptance of horrible crimes. “Turn the other cheek.” “What would Jesus do?” “Love your enemies.” These are all fuel to pressure whites into submission. However, not every devout white Christian is going to say forgive and forget. The family of Cannon Hinnant, the young white boy murdered by his black neighbor, shared their deep faith with the media, but they still want the death penalty for their son’s murderer.

Whites are persuaded to forgive and forget because they’re told that that is what good people do. Good (white) people don’t hold a grudge against non-whites for transgressions. They don’t even call the police on them. They just focus on their own lives and try to make the best of things. Non-white violence and criminality are natural disasters you can’t control or do anything about. In some cases, they’re justified or deserving of your sympathy. If you want to be considered a good person, you have to accept this.

Only “bad people” don’t accept it.