The Counter-Currents Newsletter, July 2020 What Are Trump’s Chances? 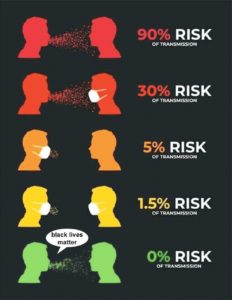 People keep asking me for my predictions for the 2020 US Presidential elections. It is really impossible to say.

As the incumbent, Donald Trump, would normally enjoy the advantage, but incumbency has been nullified by two serious disadvantages:

Beyond that, in 2020, Trump has been beset by a convergence of catastrophes:

This election is the Democrats’ to lose. I have been saying that for years.

But they may just be stupid enough to lose it by running a ticket of the creepy, senile Joe Biden and any of the shortlist of crazed black women he is considering for VP.

In short, given the instability of America today, anything can happen in the next three months. The election could even be postponed or called off entirely. So I simply have no idea who will be the next President of the United States.

But I can say one thing with 100% certainty: no matter who is elected, the other half of the country will regard the results as illegitimate:

It is becoming increasingly clear that:

White Nationalists have been warning America about these problems for years. It all could have been avoided. Thus it gives me no pleasure to be so damned right, given the suffering ahead.

The good news, though, is that more of our people than ever before are now receptive to our message, and we need to increase both our activity and also our commitment and moral intensity if we are to reach them and change their minds. Thus it is important for you to support Counter-Currents, now more than ever, not just in spite of the hard times, but because of them.

1. Our Webzine and Traffic

July was a very strong month in terms of traffic, with more than 300,000 unique visitors. This is good news. In early May, I noticed that Google was manipulating its search engine algorithms to bury our results. However, when the riots began in the US, our traffic began to rise again. When people have questions that we can answer, eventually they find their way to us.

This latest tech malarkey comes on the heels of Counter-Currents being de-platformed yet again from a payment processor back in March. We remain without an easy way of taking credit card donations. This is a serious economic blow. There is information on how you can help below.

In July, we added 90 pieces to our webzine, including four podcasts. Our Top 20 articles and full stats are below.

There were two new authors in this month’s Top 20: Darwin’s Prophet at #2 and Brad Easton at #10. Congratulations, and thanks! The rest are established writers. Spencer Quinn and Greg Johnson each had three articles. Travis LeBlanc and Robert Hampton each had two. Nicholas Jeelvy, Quintilian, John Wilkinson, Scott Weisswald, Richard Houck, Giles Corey, Beau Albrecht, and Alex Graham each had one.

Counter-Currents, like most promoters of dissident ideas, depends upon the generosity of our donors. In 2019, around 500 donors made it possible for nearly two million unique visitors to find their way to Counter-Currents. If you want to join the people who make Counter-Currents possible — or renew your support — there are several ways you can help out.

In March of 2020 we again lost a credit card processor. We are looking for new ones and will keep you informed.

Currently, the only way you can donate via credit card is through Entropy. Just go to our Entropy page and select “send paid chat.” Entropy allows you to donate any amount from $3 and up. If you include a comment or question, it will be read and discussed in the next episode of Counter-Currents Radio, which airs every Friday.

If your bank does free money transfers to other banks in the US, please contact me at [email protected].