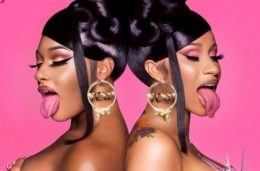 Coming soon at National Review: The Conservative Case for WAP

Conservatives rarely bemoan degenerate pop culture anymore. It was once a mainstay for Bill O’Reilly and other pundits to lambast the depravity and violence in popular music and film. That’s mostly disappeared with the advent of Twitter. Conservatives love to share how they like the latest rap album or gore-drenched prestige TV show. It’s now passé to play the 90s culture warrior.

One of the few who take up this unenviable role is Ben Shapiro. The Daily Wire founder proudly hates rap and insists it’s not music. He regularly condemns pop songs for promoting tawdry values and themes, a rarity among prominent conservative pundits today. He drew widespread mockery last week for attacking the new Cardi B song “WAP.” WAP stands for wet ass pussy. In it, Cardi and her fellow rapper “Megan Thee Stallion” share how much they want a chad to commit assault against their genitalia.

If you’re curious about the song, you should take a brief gander at the music video:

The censored lyrics in the music video can’t hide the graphic content. That version will likely invade radio airwaves soon, and millions of kids will ask their parents awkward questions about the song. Shapiro read the song’s graphic lyrics on his show in his nerdy Jewish voice, prompting hysterical laughter from liberals and conservatives alike. Shapiro’s WAP segment earned a response from Cardi B herself.

WAP has gone from just a mere pop song to a heroic expression of female sexuality. You must all listen to and enjoy Cardi’s wet ass pussy. Plenty of doctors praised the song’s heartwarming message and attacked critics.

“In my medical opinion, it’s normal — important even — for women to have a WAP,” said Dr. Daniel Grossman. “Vaginal lubrication is common & orgasm experience depends on the individual. We should not shame women who have WAP.”

“I see so many women who have been mansplained by their partner that they are too wet. It’s medically incorrect, infuriating, heartbreaking, and harmful,” tweeted. Dr. Jen Gunter, author of “The Vagina Bible.” “Thank you @iamcardib and @theestallion for that vagina celebration! Wish I could hand out these #WAP prescriptions.”

Vice found the song perfectly appropriate for children. “I do think that if children are exposed to sexualized song lyrics parents can and should use the exposure as an opportunity for teaching and learning about sex, sexuality, and related topics,” psychologist Erin Harper told the outlet.

Several publications relished in how the song exposed conservatives’ fear of “female sexuality.” “Women’s sexuality has long been a threat to cisgender men, which we can trace even as far back as the Bible,” said Teen Vogue writer Brittney McNamara. “In the story of Adam and Eve, women are painted as temptresses who will lead to the destruction of man, as illustrated by Eve taking a bite of forbidden fruit. Women’s sexual desires were to be controlled, or the woman displaying desires outside the ‘norm’ was to be punished. During the Salem Witch Trials, promiscuity was one of many potential signs of a witch.”

You can understand a lot about elite morality knowing they prefer the message of WAP over that of the Bible.

Actress Lena Dunham (remember her?) shared a horrifying video of her dancing to the song. Dunham praised the rap song for normalizing “female desire,” while her dance is a fantastic argument against normalizing female desire. Readers beware: this sight may traumatize you for life.

You cannot listen to #WAP and not just want to shake it/celebrate the normalization of female desire!! Go off @iamcardib and @theestallion!! #QuarantineBop in my Sex suit by my beloved #ChristopherKane pic.twitter.com/CRYEH4pakx

Other outlets celebrated the song as a specific celebration of black female sexuality and lamented how our white supremacist society oppresses black women. There was even controversy over the inclusion of the white Kylie Jenner, a member of the Kardashian clan, in the WAP music video. Jenner’s presence apparently undermined WAP’s focus on black women and was another example of the Kardashians appropriating black culture. Black women can’t forgive the Kardashian girls for stealing high-status black men from them. The Jenner controversy, though, has largely been overlooked in the paeans to the song and music video.

Journalists compared the “outrage” against Cardi B to the heyday of the Parents Music Resource Center. The PMRC, led by Tipper Gore, was a powerful force that attempted to censor and ban heavy metal and pop records in the 1980s. It brought together liberals and social conservatives for the purpose of making teen culture family friendly. Its actions led to parental advisories on albums and famous congressional hearings on the music industry’s dangerous products. It’s idiotic to compare the PMRC to Shapiro’s rant—the real powers want you to listen to WAP, while Shapiro and others merely shake their head at the song’s message.

Much of the PMRC was driven by Christian concerns that heavy metal and pop music led to eternal damnation. These records supposedly threatened traditional American culture and values and thus warranted their ban. Social conservatives may prefer the return of WASP and Motley Crue to the charts over what’s now on the radio. In contrast, Shapiro couched his arguments in feminism, complaining the song didn’t empower women and was terrible because it objectified them. Pop music is supposed to make girls feel strong and confident, which, in fairness, is just about all pop music today. That is not the Moral Majority’s argument from the 1980s.

The phony scandal proves the old culture war is largely dead. Conservative pundits will soon enough sing along to Cardi B as they drive around town. There is no alternative culture for them to suggest to their audience. A major thrust of contemporary conservatism is to show their audience they “get” culture, which largely means they share an unending supply of Office gifs. They don’t want to be seen as out-of-touch Puritans.

Our current culture is best embodied by WAP. It’s performed by blacks, intensely vulgar, aimed at women, and can’t be escaped. It’s not even rebellious—the only targets offended are those without the power to take it off the radio. Liberals love it for the same reason conservatives love Donald Trump’s tweets: it triggers their political enemies. But there is no real rebelliousness, far less than the hair metal Tipper Gore hated back in the 80s.

WAP is created by the corporate elites, enjoyed by political elites, and imposed on you by the media elites. This is our culture now, and we’re all drowning in it.