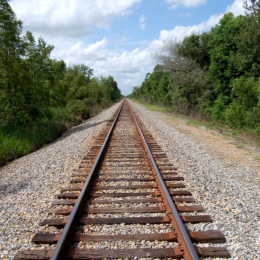 On July 1st, 2020, what should have been a minor dust-up in a suburb of Detroit has become international news. As a result, it’s becoming clear that more and more whites are having their lives trampled upon by the self-destructive madness that’s been engulfing America in the After-Floyd Era [1].

“You cannot just walk around calling White people racist,” Jillian told them. “White people aren’t racist. No one’s racist. I care about you.”

Of course, none of this reduced Hill’s belligerence. After Jillian entered the passenger side of her car, Hill threatened Eric that she’d “beat his white ass too!” Then, after Hill stood at the rear of the car, striking it and preventing the Wuestenbergs from leaving, Jillian, who is pregnant, exited the car to inspect the damage. When Hill and one of her daughters aggressively approached her, she drew her pistol and aimed it at Hill. She can be seen on the video actually retreating as she screamed “Get the fuck away from me!” Her husband drew his pistol as well, but allegedly did not aim it at anyone. 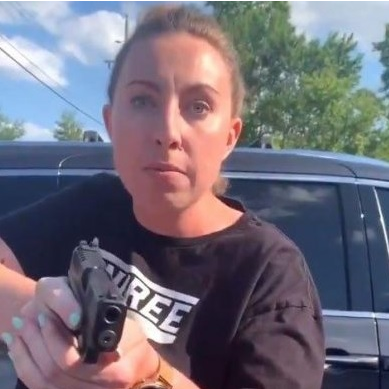 Note the proper placement of Jillian Wuestenberg’s forefinger along the barrel of the handgun and not on its trigger, a clear sign of firearms training.

Afterward, all the predictable disasters occurred. The video [2] went viral and the Wuestenbergs were arrested for felony assault (which could result in up to four years in prison). Eric — a disabled veteran who served thirteen years in the Air Force — was fired from his job at Oakland University. The couple had their firearms confiscated. The mainstream media demonized the Wuestenbergs by framing the story as “White couple pulls gun on unarmed black family,” as if Takelia Hill were perfectly innocent. And, of course, the couple has received death threats. Thankfully, they are fighting back [3]. They’ve lawyered up and given their side of the story [4], but it remains to be seen if they will be convicted. Further, it does not seem that the unhinged Takelia Hill will be charged for the felony associated with threatening bodily harm on someone and striking blows against their vehicle. 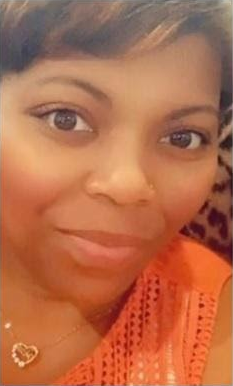 Takelia Hill, the unhinged, anti-white black woman who made violent, racial threats against the Wuestenbergs. Will she get arrested or at least fired from her job for her crimes?

The anti-white bias here is insultingly blatant. This is especially so, considering how in East Lansing, Michigan, a week earlier, a black ex-con named Paul Birdsong led a Black Lives Matter “protest” in which a black thug aimed a rifle [5] at unarmed motorists. And all this happened under the auspices of the police. 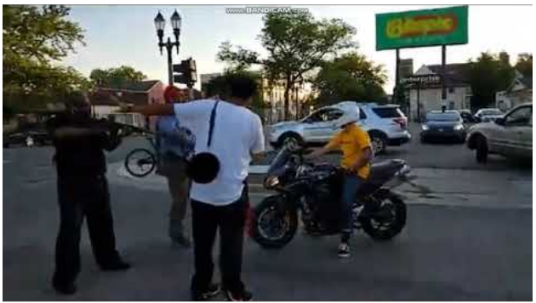 Has the armed black thug on the left been charged for felony assault as the Wuestenbergs have?

So a white person aiming a handgun at a black person who makes violent racial threats against her is a felony assault. Meanwhile, a black person aiming a rifle at an unarmed white cyclist who made violent racial threats against no one is not a felony assault. Got it? And these events happened in the same state nearly within a week of each other, so the same laws should apply to everyone involved, no?

So, white people, listen up.

This system is no longer for you. We would all be fools to support or believe in a system that not only disregards our rights, but pointedly looks the other way when blacks — the most violent and crime-prone [6] minority in America — predictably behave violently and commit crimes. Why are we even paying taxes and obeying laws and acting like upright citizens when the very act of self-defense against these people has become a crime?

George Zimmerman and Darren Wilson were exonerated, but at tremendous, life-altering cost. The McCloskeys in St. Louis were arrested simply for bearing their firearms in the face of a hundreds-strong mob that had broken through the gate of their community and were threatening them with violence. Both Travis McMichael [7] and Officer Garrett Rolfe [8] from Georgia can be seen on video using firearms to deadly effect when being physically attacked by blacks. We’ll see what happens with them.

And, of course, the fates of Officer Derek Chauvin and the other three Minneapolis police officers under whose custody black career felon George Floyd died remains to be seen. The reasonable doubt surrounding Floyd’s known health conditions, recent drug abuse, and overall lack of injury in the autopsy report [9] may or may not exonerate these four innocent policemen.

If this isn’t enough, there are lawmakers who wish to punish whites for calling 911 [10] when being threatened by blacks.

It would be one thing if all these events happened over the course of decades. Instead, with the exception of Zimmerman and Wilson, these events have occurred within the last two months. Any white person viewing this must understand that if the system isn’t quite rigged against us, then there are powerful forces at work in our government trying to do just that. Of course, it is possible that Chauvin and the other Minneapolis police officers, Rolfe, McMichael, the McCloskeys, and the Wuestenbergs will be exonerated in court. It possible that Truth will win out and that these innocent people will not be convicted. But, really, what are the odds of that? How long will it take for our authorities to cave in to the mob and start incarcerating white people simply for defending themselves against feral blacks? How soon will it be until a critical mass of our authorities actually start believing or even acting the anti-white narrative of the Left?

What do we do after that?

We begin constructing a White Underground Railroad, that’s what. When faith in our government vanishes and when it becomes clear that the institutional leadership in the United States is actively working to subjugate us, then those of us with deep pockets must seriously consider ways to bypass these institutions. In the future, when whites are routinely targeted for the crime of self-defense without hope of a fair trial, this would entail employing a network of dedicated and well-trained pro-white activists to make such victimized people and/or their families simply “disappear.” The victims would be spirited either out of the country (to Eastern Europe or perhaps the expanses of Canada) or to white enclaves within the country where they can contribute to the growing resistance. This is how ethnostates are formed — by recruiting and protecting victims of a corrupt and oppressive regime. When given the choice of either serving a dime at the ADX Supermax Prison in Colorado or joining an organized fight against a system that is so clearly trying to railroad them, I believe most whites will see the wisdom in a White Underground Railroad.

It’s not really a choice at all, if you think about it.

During her interview, Jillian Wuestenberg said something quite revealing. When the Hills were closing in on her, she felt that she wasn’t going home that evening. “I got out of my car to see the damage,” she said. “Almost instantaneously, the mother was within two feet of me and the daughter was rapidly running up as well. I thought I was going to die.”

Given how violent and impulsive so many black people are, this is a perfectly reasonable conclusion to draw in the heat of the moment.

Despite her firearms training, Wuestenberg is not a police officer who’s been trained to diffuse situations like this one. Instead, she acted on legitimate fear for herself and for her unborn child. She should not be punished in the slightest for this.

Notice how quickly she changed from “I care about you” to “Get the fuck away from me.” This shift from privileged altruism to cynical self-preservation is what all whites will undergo sooner or later if the present system does not improve. And this will be a very healthy change indeed. Jillian Wuestenberg, whether she realizes it or not, now represents all white people. We are all Jillian Wuestenberg.

A White Underground Railroad that rescues people like this in the future will be nothing less than a means for white people to save themselves.