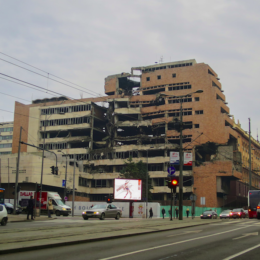 I have a special relationship with the concept of bioleninism. While I’d been based and redpilled for a while, reading Spandrell’s initial posts in early 2018 resonated with me on a deep level. It jumpstarted my own path as a commentator and a more active participant in dissident politics. In fact, for the bulk of 2018, I functioned as a superfluously erudite explicator and expander of the idea of bioleninism. Before, I had been reading the old paleocons and paleolibertarians, graduating to Moldbug and allied neoreactionaries, but internalizing using bioleninism as a conceptual lens awoke in me a deep contempt for the enemy — the bioleninist coalition — not just because of the fact that as a white, heterosexual male I am the object of their resentful crusade, but also due to the sheer ugliness and anti-civilizational force of the bioleninist coalition. It has been two and a half years since Spandrell’s three [1]–part [2] essay [3] was completed — it may be time to reflect on it.

Who is, therefore, the Party? Resentment is a strange thing — we don’t see it in the peasantry of Russia, but rather, the Bolsheviks were middle and upper-middle class. We don’t see much of it in Russians, either. Bolshevism was a movement with Jewish brains, Caucasian (as in, from the Caucasus) balls, and Latvian muscle [4]. What did these three ethnicities have in common? They were the perpetual other in the Russian Empire, permanently separated from both the German-Nordic aristocracy and Russian commoners despite their newfound wealth.

Bioleninism is that same basic model of building a ruling coalition — a revolutionary army turned ruling party — from the losers and dregs of society. This time, however, mobilizing the working class didn’t quite work out. The working class in the mid-to-late 20th century in Western Europe and North America was well-off and well-respected. Therefore, the coalition had to be built out of people who’d catch the bum end of even the wealthiest and most egalitarian society. Those who are biologically unfit to be in it. The stupid, the violent, the sexually deviant, the mentally ill, the unmarried, unmarriable women. The ethnic minorities, even if they were indeed wealthy, for being a member of a foreign tribe makes you low status regardless of wealth. And so, the Bioleninist coalition hoved into view — an army of blacks, Hispanics, Jews, Muslims, feminists, homosexuals, pedophiles, transsexuals, schizophrenics and worst of all, single women in their mid-to-late 30s. And they are fanatically loyal to the Party because they are literal human garbage without the party. Without the ideology of woke and the massive power of the state to protect them, the bioleninist clients would be shit out of luck — like Antifas attacking a Right-wing gathering, they’d be crushed in a fair fight. This is why the cult of woke is so fearful of those evil white racists and supremacists — because they understand that unless their party remains in power, they’ll be carted off to the various institutions — mental and correctional — that sane societies construct to house their kind. Contrast that to the lack of loyalty which the Republican party commands from the Right. The average white Republican voter rightfully understands that the GOP is a bunch of dorks without whom his life wouldn’t change much, or might actually get marginally better. Apropos, he votes in elections, but does not go the extra mile — he doesn’t pester his relatives, leaflet neighborhoods, put up posters or try to get liberals banned from social media. He just wants to grill, for Chrissakes! [6]

Bioleninism is also applicable to the foreign policy [7] of a hegemonic empire ruled by a bioleninist cadre. The bioleninist hegemon will choose to support nonviable tribes aspiring to the status of client statelets in conflicts that do not otherwise concern it, because in such entities, it will find reliable and fanatically loyal allies which give it pretexts and moral cover to involve itself in various conflicts around the world. Behold, bioleninist loyalty in song form [8].

We might be tempted to think that the resentment fueling the bioleninist coalition is class-based, economic in nature or otherwise, well. . . rational. But it’s all status-based, and money and class don’t always grant status. Even Leninism Classic had an enormous bioleninist component — all those outsider ethnicities, especially the one which is perpetually low status despite wealth. As we have learned this week from the erstwhile Abigail Shapiro and her crusade for nose positivity among Disney princesses [9] (I shit thee not, dear reader), the root of resentment is usually something petty like nose shape or size among women. Imagine being made to feel excluded as all those blondes with petite noses get hitched to the muscle-bound Nordic-presenting chads with lantern jaws, and then going home and have your yenta mother yack your ear off about Jerry from down the lane with the mole on his upper lip and the schnoz which can sniff Oz whose dad is an accountant for Goldman Sachs. Almost makes a girl want to pursue a career in professional grievance studies and hack out a Ph.D. thesis explaining why male attraction to women with normal-sized noses is pathological and indicative of Advanced Rape Fascism.