Not the Other Guy 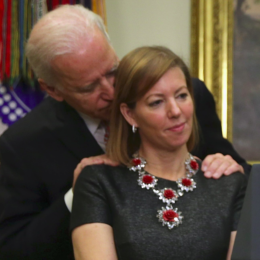 At the funeral, the rabbi is supposed to give a speech extolling the virtues of the deceased. But there’s a new rabbi and he says, “I’m sorry, I did not know the man. Can one of you step forward and say a few kind words about him?” A dead silence fills the temple, until someone in the back says: “His brother was worse!”

It’s election season the world over, it seems. Here in lovely Macedonia, we have our parliamentary elections on July 15th. Most of the campaign from both sides, but especially the center-Right, would seem to be “we’re not the other guys.” While my countrymen are content to ascribe this to just regular Balkanism, further evidence that we’re incapable of building a serious state, I’m quick to point out that the West is at least just as bad, if not worse. Western politicians, from Donald Trump to Boris Johnson, seem enamored of running on the platform of “not the other guy.”

Now, far be it from me to say that the cult of Mammon is anything quite like the cult of Moloch, but I feel honor-bound to point out that “not the other guy” is not a valid political platform, even though it may be in some cases rather attractive. After all, didn’t Boris Johnson run and win on “not the other guy”? And seriously, have you seen the other guy? I hear he’s an antisemite! Oy vey!

Even if you withhold your vote and sit this one out, because you have no representation this electoral cycle, you usually get blamed, as a Right-winger, by the center-Right of wanting the other guy to win. Don’t you understand that unless you sacrifice your children to Mammon, the Moloch cultists will take your children and — gasp — sacrifice them to Moloch!? Well, maybe you really want the other guy to win! After all, we know from the research of the venerable Dinesh D’Souza that Democrats Are The Real Racists™. Could the converse be likewise true, that racists are the real Democrats? After all, we know from Ayn Rand that racism is a form of collectivism. Yes, yes, that makes sense. You are raising all these objections about “being replaced,” “economic dispossession due to globalism,” and “failure to crack down on crime” because you want The Other Guy to win, precisely because you are The Other Guy. Well, we won’t have it. We stand firmly against other-guyism, and other-guyism has no place on the real Right. We know who we are and we’re not the other guy. Now get in line and shut up, or the other guy will win.

Many on our side seem to assume that if the Left gets crazy enough, then white people will wake up (assuming that white people are sleeping), that a silent minority will have enough and it will start fighting back against the insanity and that’s how we win.

But let me construct an alternative scenario for you: What if, and do bear with me here, especially the skull mask and Propertarian types, the rise of craziness on the Left leads to a spike of not-the-other-guyism on the Right? What if the absolute insanity of Corbyn’s Labour allowed BoJo to win on milquetoast civic nationalism, globalism, and not-Corbyn-ism. What if the absolute batshit army of sub-Saharan reprobates, obese women, walking biohazards, and money-changers presided over by a literal dementia patient can suffer an electoral defeat by anyone who isn’t absolutely batshit, surrounded by inadequates, or suffering from dementia? What if “not the other guy” suddenly becomes a viable election strategy? What if you can really get by on just tweeting “law and order” in all caps like some boomer?

The insanity of the Left works for us. It generates Rightist and reactionary energies that we can ride to victory. However, two steps must be accomplished before victory is even conceivable.

Firstly, parallel institutions must be built. We already have Counter-Currents as the University of the Dissident Right, but we need more. We need think thanks, we need parties, both political and frat, we need lobby groups, pressure groups, hats, mugs, shirts, leaflets, stickers, a licensed video game, even. As Fróði Midjord is fond of pointing out, we need our own ADL, especially in light of the massive blood libel leveled at whites in today’s West. Groups like Patriotic Alternative and AFPAC are doing God’s work, but more is needed. The fight never ends and we need you.

Secondly, the entire ecosystem of the Cuck Right, or at least significant parts of it, has to be either captured or dismantled. Remember those Rightist energies I brought up; the Cuck Right, the mitigationists, Conservative Inc, whatever you want to call it, exist as a heat sink. They exist to pump out those energies into the void of space where they do not pose a threat to the established order and indeed, recycle some of those energies for the use of the system — for example, forging hollow civic patriotism to bamboozle white men into working globohomo’s fields and serving in globohomo’s armies. Woke and the Left cannot be defeated if these mitigationist structures aren’t destroyed first. The GOP, the conservative movement, the alt-lite, libertarians, they all have to be captured or destroyed and their resources repurposed towards our movement, our institutions, and our aims.

The Left will help us on this path. The insanity that will buy the Cuck Right several cheap and meaningless electoral victories will soon lead to the cancellation and deplatforming of the whole Cuck Right. Their advantages over us lie in their mass followings and tacit sanction by the Left (at least they’re not those Nazis). As everyone from Stefan Molyneux to Ben Shapiro gets too spicy for the woke mob, they become just as hated and persecuted as us, with the difference being that they’re liars and mitigationists.

We should, of course, be tactical and optical on our warpath. Give an opportunity to some of these people, maybe even Ann and Tucker themselves, to make a separate peace with us. We come not as conquerors, but as liberators. To bend the knee to us is to be free to be white, male, straight, Christian, and damn proud of it. To submit to the wise counsel of the Dissident Right is to cast off the shackles of cuckery, the humiliating supplication to the Left, and its repugnant morality. Far more than mere rhetorical ownings of the libs, we offer the opportunity to triumph over Leftism, liberalism, whatever you wanna call them, permanently.

» Sitting Out the China Cold War