Is Xenophilia a Mental Illness? 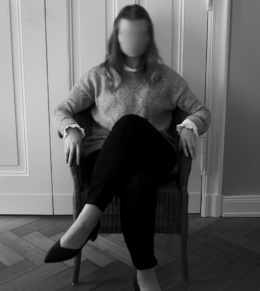 A Vice article published on Tuesday has reignited the debate over whether racism (or “pathological bias,” to use the clinical term proposed by psychiatrists) should be considered a mental illness and included in the Diagnostic and Statistical Manual of Mental Disorders. In turn, I would like to raise the question of whether pathological xenophilia should be considered a mental illness.

Homosexuality was categorized as a mental illness until 1973, when a gay cabal within the APA agitated for its removal from the DSM. (I do not consider homosexuality a mental illness, but its removal from the DSM was clearly a political maneuver.) In 2013, gender identity disorder was reframed as “gender dysphoria,” and its description was carefully modified to emphasize that the diagnosis pertains to the distress experienced by transsexuals on account of societal discrimination, as opposed to their delusional thinking. Last year, the APA issued a statement condemning “harmful masculinity” and claiming that it causes psychological distress. These are presented as judgments grounded in scientific reality, but they are purely qualitative and arbitrary.

Many people have remarked on the connection between Leftism and psychopathology. Most recently, Danish researcher Emil O. W. Kierkegaard published a comprehensive study on the subject. His conclusion replicates results found elsewhere. The results confirm the general pattern from before, namely that there is a strongly elevated risk for mental illness among the extreme liberals (+150%), a small increase among the liberals and slightly liberals (+29 to 32%), and somewhat lower rates among conservatives and extreme conservatives (-17 to 24%).

Second, xenophilia and mental illness both stem from genetic mutations. The most fundamental instincts in all living things are to survive, pass on one’s genes, and defend one’s tribe. These instincts have prevailed through natural selection for obvious reasons. Adhering to ideologies that violate our natural instincts — liberalism, anti-natalism, atheism (religiosity is pro-social and facilitates tribal cohesion) — is, therefore, highly maladaptive. One would expect the adherents of such ideologies to have high mutational load, and that is indeed the case: Edward Dutton established this in his paper on mutational load and atheism.

Finally, white people with low self-esteem may be inclined to identify with those whom they perceive to be weak and oppressed, leading them to side with non-whites. Ted Kaczynski attributes this phenomenon to oversocialization: the oversocialized person comes to believe that the course of his life is outside his control, which produces feelings of powerlessness and a defeatist worldview. I would attribute it more to liberals’ innate neuroticism and susceptibility to depression.

« The Birds Or: Everything You Always Wanted to Know About Coronavirus (But Were Afraid to Ask Hitchcock & Heidegger), Part Eight

» The Life of the Wanderer