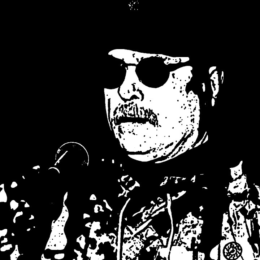 The Peoples Temple, the utopian death cult best known for the Jonestown Massacre, recorded a gospel album under the name of the People’s Temple Choir in 1973. Far from an amateurish production, the album He’s Able features slick studio trickery and a surprisingly talented backing band for the choir to swing cuts of pop songs, gospel standards, and a handful of original recordings as well. He’s Able was actually recorded in the same space [1] as classic works such as Fleetwood Mac’s Rumours and Pink Floyd’s The Wall, a telling indicator of just how powerful the Jonestown fellows were during their heyday. He’s Able contains all the hallmarks of the Temple’s ideology, with significant track time devoted towards cult obsession over salvation, brain-melting racial integration, and other various “social” devotions that marked the cultists’ worldview and work.

Among cult movements and their influence on subcultures and pop culture more widely, the Temple reigns supreme among those most cited as an inspiration or perverse muse. In the industrial sphere, other groups that caught the attention of occultists, musicians, and artists include the more apocalyptic flipside to the Temple, the Process Church of Final Judgment [2], whose aesthetics would be adopted in variously changed forms by the artistic movement The Process [3]. I would also be remiss not to mention the Manson Family, whose impact on the American and English subculture is so broad that it would require a tome itself to adequately discuss. (I briefly touched on a Manson family murder inspiring David Tibet to pen “Beausoleil” here [4].)

Fascination with obscure cults and socio-religious movements are a peculiar thing. There is the more base appeal of these groups, as a sort of train wreck to observe from a safe distance; the “how strange, I’m interested” take. This seems to be the mode of thinking most normies or researchers employ. There is also the appeal of observing cult movements to study their methods of organization, in the hopes of improving one’s own cult movement; the “how effective, I’m interested” take. This is the thought process of the Temples of Psychick Youths and Neue Slowenische Kunsts of the world. Perhaps more interesting than either of these, however, is the approach employed by Douglas Pearce during the recording sessions for But What Ends When the Symbols Shatter? It’s one that synthesizes both the perverse fascination with death cults and acknowledges their significance in how humans interact and “find their place” in the world, so to speak.

Pearce is no stranger to tapping into the esoteric offerings of culture. Much of his and his bandmates’ discography ruminates upon the Third Reich, communism, fascism, and the significance of death as a philosophical concept rather than human tragedy. One can spill endless ink discussing the importance of folk melodies, Sonderabteilung anthems, and pagan poetry to Death in June’s body of work, and many have done exactly this, but little has been written about Pearce’s pilfering of the Peoples Temple archive as “inspiration” for many of the tracks on Shatter. Far from being just covers or successors to the deluge of mind-numbing material on He’s Able, Pearce turned each of the tracks cribbed from their catalog on their heads to quite satisfying effect. Perhaps the most obvious example of this would be the title track — “He’s Able” became “He’s Disabled” in the hands of old Doug:

He’s no friend to the friendless
And he’s the mother of grief
There’s only sorrow for tomorrow
Surely, life is too brief
Surely, love is too brief

The stretches of Pearce’s imagination don’t end at ruminations on Godliness and ableness, though. When considering the Messianic nature of Jim Jones, one might take Pearce’s renditions of two tracks in particular — “Because of Him” and “Little Black Angel” — to be tongue-in-cheek meditations on the nature of a cult leader. This isn’t a malformed understanding of the tracks in the slightest, but I propose that Pearce was aiming for something a bit higher. His use of the People’s Temple Choir as a template is not necessarily an ironic decision; rather, Pearce was working with the best-preserved artifacts of cult life to pour his heart out over the loss of what was the world’s single-greatest, and single most historically relevant, “cult” of all time: The Third Reich.

Far from a body of deluded strays seeking salvation in the hands of a charismatic leader, Germany embodied the ideal of a mass social movement. The entire population of the country was moved to make a man out of time’s artistic and racial Rennaisance a reality, and they battled the entire world in the process. With little left over to celebrate this era in human history without running afoul of the law or accepted social norms, Pearce grabbed the fruitless meanderings of the Jim Jones sect and said: “Now, let’s make these songs about a real hero.”

The Choir original, “Black Baby,” was actually about a Negro child; it is a remake of the Nina Simone song “Brown Baby.” It’s not a particularly invigorating listen but for its graceful melody, and it is precisely that, and a few of the lyrics, that Pearce lifted for the purpose of “Little Black Angel.” Where “Black Baby” is a pseudo-maternal snoozefest, Pearce drops occasional hints as to just who his “black angel” is throughout the song’s length. Pearce’s Black Angel is one who he wishes to “burn down freedom’s road,” one who whispers that “when out of men’s hearts all hate is gone, it’s better to die than to forever live on.”

Might I suggest these fellows, with “wings held high”? 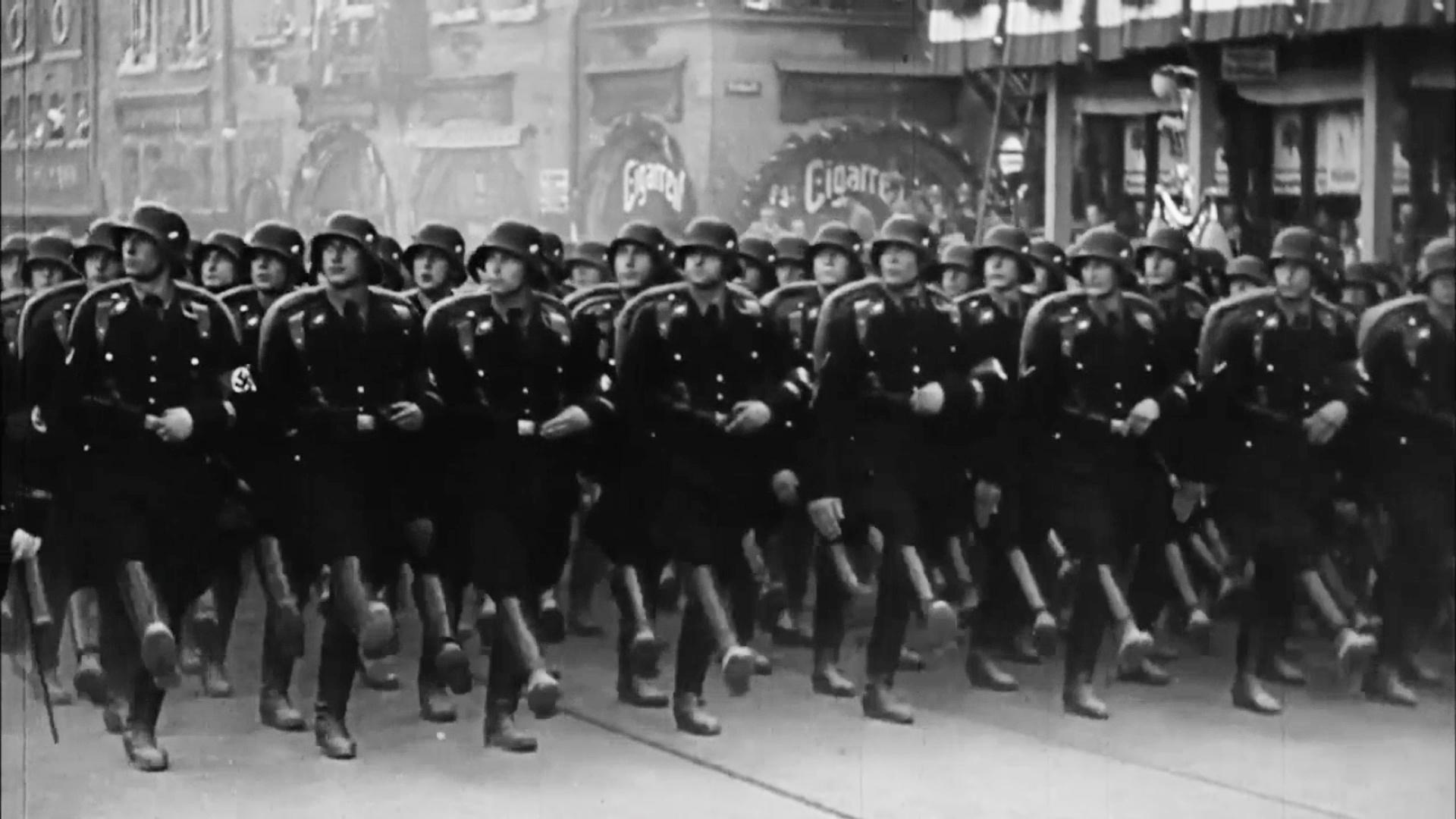 “The Mourner’s Bench,” originally “Something Got A Hold On Me,” a choir standard, was covered by Pearce verbatim. The chief difference is in the mood of the two tracks; where the People’s Choir are reveling in God’s touch, Pearce’s rendition suggests being struck by tragedy.

While “He’s Disabled” is the clearest example of Pearce corrupting a People’s Choir track, the cut that is most unambiguously about Uncle is his rendition of “Because of Him.” The Temple version of this track could be considered either a devotional to Jesus or to Jim Jones — perhaps both, in a Messianic sense — and in the hands of Pearce, an argument could be made that he is discussing any number of world-historic individuals. The most telling of Pearce’s tweaks to this track, however, comes towards the end. Take this verse from the original:

And compare it to Pearce’s version:

A friend that will eradicate
All life’s false humanity
Helping one race, one creed
To meet their need

It’s almost unthinkable that tracks like this would enjoy any sort of mainstream support in the present year, but Pearce’s strategy is an ingenious one. There is still some level of plausible deniability that one can enjoy as a fan of Death in June, and funnily enough, there is an added layer of obfuscation present when Leftists attend neofolk concerts in order to clandestinely consume some fascist imagery. Analyzing any Death in June track with the gentlest of critical eyes will turn up far too many Rightist shibboleths to just ignore. The man also tactically dismisses almost everything people ascribe to his lyrics in bad faith; one of his favorite quips is that he feels sorry for those who don’t “get it.”

I also don’t think the cynic’s take on Pearce’s adoption of these themes and symbols as mere tools to drum up controversy and sales numbers is accurate, either; Pearce has been known to take risks that lead to actual consequences for him in the music industry and then refuse to apologize for them. His album Brown Book is banned in Germany for its cover of “Horst-Wessel Lied” (as “Brown Book”), and more than one Death in June concert has been disrupted by Leftist activism or government decree. In the vacuum of culture, few musicians dared to reach out to this era in our collective past and present it unapologetically and get away with it. Douglas Pearce did.