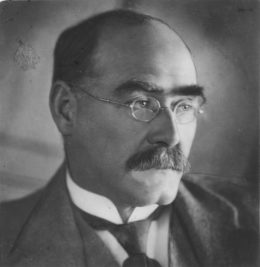 The Wrath of the Awakened Saxon
Rudyard Kipling

It was not suddenly bred.
It will not swiftly abate.
Through the chilled years ahead,
When Time shall count from the date
That the Saxon began to hate.

The old order is dead. All that we knew and loved is approaching its end. The collapse of the United States of America is imminent, and now appears inevitable. We must focus our efforts on what comes next, rather than expend what little resources we retain on a Sisyphean attempt to dam the hurricane. This is the dark, and it will engulf us all while we refuse to usher in the dawn. We have disgraced our ancestors. We have turned from God. Over the course of a century, we have allowed the Jew to capture our institutions, one by one, and we are now witnessing his installment of a savage African tyranny, proxies for our enemy from the start. As Thomas Dalton wrote [1], the “American” government is irredeemably corrupt, a Judeocracy that cannot be salvaged in any form. We no longer have a Constitution, as indeed we have not since Brown and the Civil Rights Act of 1964. The legal system has been corroded [2], existing now solely to further white dispossession. Every institution of our dying land must be incinerated and rebuilt. The Saxon slumbers; if he has gotten out of bed, he cowers under it.

Controversial though it may be, repugnant to many of us, I have come to embrace the accelerationist position. I continue to see serious White Nationalists argue that four more years of President Kushner will provide us some “breathing room,” with which we can prepare for the horrors that surely await. What have the last few years of the Trump Administration given us? Breathing room? No. We are arguably more fragmented and inarguably more censored and targeted than ever before. We have accomplished nothing under the Trump Administration, aside from the 2016 election marketing a Great Awakening for both Left and Right; President Trump’s greatest accomplishment seems to have been driving the Judeocracy into a psychosis, in the throes of which it dropped the mask.

The Republican Party is no different from the alternative. In fact, I hate the Republican Party an indescribably greater deal than the Democrats, for at least one is honest about its Leftism. Tucker Carlson’s recent interview [3] of Indiana Republican Senator Mike Braun was highly revealing. Braun has introduced legislation to assail qualified immunity for police officers, thus making it easier to personally ruin policemen in legislation for perceived wrongs, neutering the already-beleaguered institution of local law enforcement; note, as Carlson has, that federal law enforcement enjoys the incessant praise of the Jewish press, and that it is only local police departments that have come under sustained fire. Braun, who, just like his Republican colleagues all of a piece, offered unqualified praise of the domestic black supremacist terror organization Black Lives Matter, referred to the deaths of several negroid thugs as “egregious.” Carlson heroically pressed the Senator hard on his claims, as well as his proposed legislation, and Braun essentially argued that he put forward Leftist legislation in order to beat the Democrats to the chase.

Ignoring the fact that Republicans control the Senate, Braun sincerely believes that it is the Republican duty to issue Leftist policy to preempt a potentially more radical version of the exact same policy. Braun fails to see that it is he who is promulgating the policy. Republicans are Leftists in disguise. When the Jewish neoconservatives strangled the paleoconservatives out of the Party after the Cold War, the GOP turned its back on protecting white interests. The Party chases phantoms, from Karl Rove’s “conservative Hispanics” to Candace Owens’ even more laughable “Blexit.” There is no difference between the two parties aside from a decelerated time frame of a couple of months. The Republican-dominated State of Mississippi voted, against its entire population’s wishes, to remove the Confederate battle flag from its state flag. The Republican-dominated State of Arkansas is introducing its first “hate crime” statute. Republican Senators want to rename military bases named for Confederate heroes. The Trump campaign is an orgasm of Negrophilia [4], its dutiful lackey Sean Hannity nightly attacking “segregationists.” As I write, Republican Senators are pushing [5] to replace Columbus Day with “Juneteenth” as a federal holiday.

Will the totalitarian state that has been engendered by the massive transfer of wealth from the American middle class to the Jewish ruling class, all under the guise of “coronavirus lockdowns,” be bad? Yes. We are headed for Hell. But at this point, what else will force the Saxon to awaken? We don’t need a majority. We’ll never get one. But even the whites most sympathetic to White Nationalism will not lift a finger while they remain comfortable. Collapse, as I’ve said, is inevitable. As the last month has conclusively proven, we have no institutional support; the President still shouts “Not on my watch!” as everything he promises will never happen literally comes to pass. We must look after ourselves. It is ludicrous to imagine that we would accomplish anything, aside from continued complacency, with another Republican Administration. Let’s not waste any energy trying to stave it off, and let us instead work to awaken the Saxon whom we know is invincible when roused.