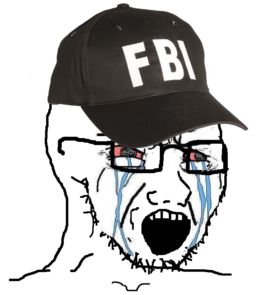 In the wake of the recent round of BLM / Antifa riots, some of the government agencies which should be handling this can’t figure out who is really Public Enemy Number One. This would be comic relief from all the vibrancy, except that they mean it. A memo by the FBI, the Department of Homeland Security, and the National Counterterrorism Center describes threats for violent unrest. Now take a wild guess at who they think the number one troublemakers are! An ABC News article [1], “Intelligence bulletin warning of protest-related violence makes little mention of ‘Antifa,'” (June 10, 2019), begins:

Anyway, who are the “racially or ethnically motivated violent extremists” that this refers to here? Could it perchance mean the mobs of blacks looting stores, burning dozens of cities, and shooting cops? How about the Leftist radicals participating in and encouraging this? Maybe it’s even the tricky outfits providing funding, coordination, and pallets of bricks [2] left at convenient locations? Nuh uh! Apparently the overpaid bureaucrats want to point fingers at someone else entirely.