Now is the Time to Work 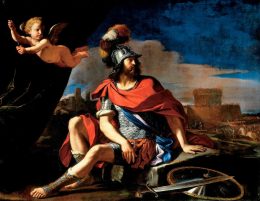 On nights in America when the Negroes riot over whatever the news-Jews have told them to, we whites who are race-conscious always wonder what it is that goes through the minds of those whites who are not. When seeing footage of swarming packs of blacks looting, vandalizing, beating passersby, and shouting anti-white buzzwords and mush-mouthed jive into the microphones of any available media figures, does nothing connect in the minds of these people? Do two and two never make four? Or is any nascent connection quickly quashed by a lifetime of devotion to Hollywood History and J-Pop philosophy? The contemporary white person will go to extraordinary lengths to rationalize obvious differences between races, particularly the vast gulf of separation between blacks and whites. Some of them are unaware that they are even doing this, as in the case of whites who automatically dumb down their language when speaking to blacks, while others are so keenly aware of their own perceptions of black difference that when it intersects with their 3.8 million square-mile open-air Hebrew school training they become racked by guilt and begin a lifelong process of religiously righting perceived wrongs. Will recent events — the Anti-White Race Riots of 2020 — change any of this? Yes, but it is up to us to make it happen.

First, let us paint in broad strokes for posterity what has happened: a violent, drug-using black criminal whose name is irrelevant died while being arrested by some policemen in Minneapolis and, through a combination of reflexive on-the-scene black anger and advanced cell phone-camera technology, video footage of the arrest made it to the public and was soon picked up by mainstream media. Always eager for any story in which a white person can be portrayed in any way as bad, news outlets around the country — and indeed, the world — quickly spread this otherwise insignificant local event and turned it into a global cause signifying “anti-racism” and the dismantling of “white supremacy.” Ever the champions of the underdog, capitalists joined the cause, and soon sex apps, shoe companies, video streaming services, football teams, and banks joined to voice their support for blacks and against “systemic racism.” But, crucially, while capitalists, politicians, celebrities, and news outlets were passionately advertising their support for blacks through this ordeal, the blacks themselves were burning and looting American cities. To be fair, these riots included plenty of non-blacks as well: Antifa were doing the work of their kosher masters, as usual, and white “allies” wandered around acting tough, presumably getting laughed at by blacks the moment their backs were turned. Eventually, the entire system turned out to condemn “systemic racism.” Every candy bar and dog catcher promised to confront racism as police-“men” and army-“men” and mayors of megalopolises got down on their knees before blacks in a show of submission. Voices of what had become moderation — those who called for an end to the riots and looting while supporting an end to “systemic racism” and the furtherance of explicitly anti-white public and private policies such efforts necessarily entail — were themselves denounced as racists.

It must also be noted that prior to the riots, the entire world was in the middle of a pandemic, and in America, gathering in large groups was not only illegal but considered morally reprehensible. Footage of whites attempting to enjoy nature in some fashion was invariably used by news media as the stock example of the reckless endangerment of others. For months, politicians, media, and public health figures labeled any “non-essential” public excursions as acts of blatant disregard for community moral standards and immediate threats to the safety of others. During the riots, which were radical violations of previous standards, these same people supported the rioters and rationalized this sudden reversal of attitude by explicitly announcing that “white supremacy” was a greater health hazard than lethal viruses.

At the time of this writing, the above continues. In the short term, the riots are likely to fizzle out. For Jews — the riots’ engine — this was never about blacks in the first place. These were anti-white riots, not pro-black riots. If the violence stops now, America will be left in a weakened state, too numb and battered to make sense of what happened and even more susceptible to the coordinated onslaught of anti-white propaganda which has inundated the full spectrum of media since the triggering event. Following the September 11th attacks, there was a dramatic increase in anti-Muslim sentiment which was followed quickly by “anti-racist” Muslim appeasement within the borders of the United States. The pattern here will be similar. They have been setting up these conditions for a very long time, and many whites have reacted exactly as expected: explicitly supporting people who want them to die. The anti-white messaging will increase exponentially in the coming weeks and years. It will trickle down into the unlikeliest places. Though it is tempting and perhaps instinctive to view the rioters as the main enemy, they are not. Our real enemies are the anti-white propagandists, the Judeo-capitalist ringleaders and those middlemen with whom they collaborate. Without them, this would not be happening.

This past week has been undeniably frustrating and depressing for many of us, especially for those of us who knew this was coming and knew how to stop it. Alas, we most assuredly ain’t seen nothin’ yet. But this is not a bad thing. These riots are surely awakening dormant racial instincts in whites across the country. Doubtless, there is even some deep, unacknowledged, festering unease in the hearts of those whites who support the riots. Still, it is clear that no one in power is going to listen to us or is interested in any of our goals: they do not listen because they do not want to help the white race survive in America. And, of course, while they attempt to vanquish us from the continent, our comfort and security are not on their list of concerns. Why was the system so cruel to a solitary white woman walking in Central Park who called the cops on a black man who threatened her dog? Because they want us all to die unless we tacitly agree to shut our mouths forever and just keep shoveling cash and vacant smiles into the Judeo-capitalist system. Why do mainstream media only report the comically rare cases of white-on-black violence but ignore the epidemic of black-on-white rape, torture, and murder? Because they hate us and want us to suffer prior to what they believe will be our eventual submission. They enjoy it. It is a form of pornography.

So, quickly and simply, where do we stand? We are alone except for each other. Every corporation, every politician, every university is anti-white. The cops will not protect us either: they seem to be too busy kneeling, arresting whites for self-defense, or being arrested themselves to be concerned with keeping us safe. The same is true for the military. Up until now, there has been a sense that America, for all its many flaws, was a place of relative order, that as bad as things might seem, as different as things are in the (ever-shifting) now from the (ever-shifting) past, there was always a line that would never be crossed in this lifetime — well, that line has either been crossed this week, or, at the very least, the carpet has been pulled away, the line on the floor exposed, and half the country is primed to jump across it very soon. These riots have dissolved any remaining ambiguity about trust in the system. But we are better off knowing exactly where we stand.

So, what do we do? First and foremost, stay calm. We knew this was inevitable. Be glad you are here for it. Free yourself of nostalgic whimpering and conservative cowardice.

Secondly, refuse to concede their premises: now is probably the time to take a stand in your personal life. Know the facts, know our talking points, and be ready to speak them confidently. You do not have to jeopardize your job or standing in your community but you can certainly become more forceful in your denunciations of the American rot or more obvious in your refusal to blindly follow the liberal herd. We are fast approaching a social “now or never” point. Friendly bonds might spring from such actions and end up leading to more formal associations, a necessary next step in our quest for autonomy. Many people who might otherwise be unwilling to hear our message are looking for allies now. Take advantage of this opportunity. Be the welcoming stranger.

Thirdly, extract as much from the system as you possibly can while returning as little as possible. This includes, in particular, taking advantage of government aid programs whenever applicable without the slightest bit of shame (e.g. “welfare”). If you are a white person with or without a family who qualifies for government money, take it. It is owed to you. Additionally, recognize that the system is Judeo-capitalism and Judeo-capitalism is anti-whiteness. Stop paying for Netflix, stop using Amazon if you possibly can, buy food from farmers’ markets or local grocery stores whenever possible, cut up your credit cards, homeschool your children, and so on.

Fourthly, be aware of your surroundings. Your neighbor with the “Defund the Police” sign on his yard cannot be trusted. Even if you agree with the sentiment, his reasoning is antithetical to yours and you should never lift a finger to provide him aid. Flags of allegiance are being waved everywhere right now. Just observe.

Finally, each of us needs to understand that race matters more than anything else with which we might be concerned. Race is the driving force of world history; as the world becomes smaller, its importance will increase. Other categories of historical analysis, important and interesting as they may be, are each ultimately contingent upon race. Its importance as both an academic and practical consideration cannot be overstated. The primacy of race must be drilled into the heads of our people before it is too late. This is our most urgent fight, and if these riots demonstrate nothing else, it is this. We must make unapologetic, rational, informed, and motivated racists out of as many whites as possible.

Our enemies clearly feel a sense of urgency at this time. Make no mistake, what we have been doing in the realm of metapolitics these past few years has scared them. Every effort they make to silence us is simply proof that we are having an effect. We must not only continue and improve what we have been doing but heighten our own sense of urgency and become more serious in our participation in pro-white causes. Now is not the time to check out, to grow disillusioned, nor to retreat into fantasies about what could have been, coming saviors, or dramatic escape plans. Now is the time to get to work: do something today for your people, for your children, for your friend’s children.

« How to Make a Libertarian Cry