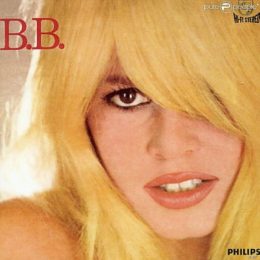 Bardot is also a controversial figure in France and the world more generally for her outspoken attitudes on animal rights. The curious thing about Bardot, however, is that her activism avoids just about every attribute of a fad; it seems to spring wholly from Bardot’s (admittedly liberal) worldview, the sort of thing that only a French lady would think to dream up. Her insistence upon Western norms in the treatment of animals has landed her in hot water multiple times, as she frequently speaks out against halal slaughter, Chinese treatment of animals, and eventually, the disturbing state of Modern France itself [1]. Bardot has been fined by the French government for “inciting racial hatred” a total of five times, and in every instance, these fines have been levied against her for a very basic kind of nationalism.

As the world’s attitudes, once favorable towards Bardot’s Franco-eccentrism, began to turn against her as part of the global shift towards tepid neoliberalism, Bardot stayed put in her convictions, and eventually began to realize that her enemies were no longer just slaughterers and abusers; it was the global regime of free trade and immigration, whose tolerance of France’s Muslim problem was anathema to her view of the world as an open society full of life. For simply stating her opposition to a foreign people’s values in her own country, Bardot was villainized [2]. Bardot is an outspoken French woman with a love for all things French; and knowing her bubbly attitudes, it would be slanderous to say that her views do not come from a place of innocence. Bardot came to endorse Marine le Pen in the 2017 French presidential election.

B. B., while not a proper “album” in the modern sense, is a compilation of Bardot’s work with producers and writers Claude Bolling, Alain Goraguer, Claude Dejacques, and Gérard Bourgeois. To choose just one moment from Bardot’s discography was a challenge, but B. B. felt appropriate as a representation; choosing B. B. also avoids most of Bardot’s unfortunate collaborations with notorious music industry Jew Serge Gainsbourg [3], as I want today to be a break from current events and a reflection on nice, white music.