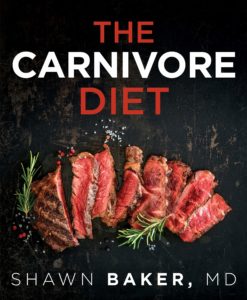 As I mentioned earlier, you lose water and minerals on a no-carb diet. “They” say that this is supposed to get better, and that you can get all the minerals you need from animal products. But I see little sign of improvement on this score, and after six weeks I am still guzzling salty water or broth all day long. But it doesn’t matter to me that much. Unless something changes, I am going to stick this out and suffer through the adaptation phase, given that so many others have reported that things do get better. Setting aside the bad, the positive results I’ve had so far make me want to continue. And I also just enjoy finally feeling liberated from the tyranny of the vegetable kingdom [1].