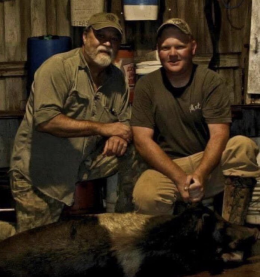 The shooting of Ahmaud Arbery on February 23, 2020, made national headlines after a video of the incident surfaced last week. Arbery, a 25-year-old black man, was “jogging” near Brunswick, Georgia, when he was confronted by two white men, Gregory McMichael and his son, Travis McMichael, who were arrested on May 7. The incident has, unsurprisingly, received extensive coverage, and thousands of people have flocked to social media to signal their sympathy for Arbery under the hashtag #RunWithMaud. As usual, the narrative put forth by the mainstream media — that Arbery was an innocent jogger who was “lynched” by racist white men — is highly disingenuous.

Contrary to the impression given by the high school yearbook photo that has been all over the media, Arbery was not a stranger to criminality. In high school, he was sentenced to five years probation after bringing a gun to a basketball game. In 2018, he violated his probation and was charged with shoplifting. His older brother likewise has a criminal record and is currently in jail.

Gregory McMichael, 64, is a former police officer and investigator for the district attorney with decades of experience in the field. He worked on the prosecution of Arbery on shoplifting charges in 2018 and would have been familiar with Arbery’s criminal history.

On February 23, McMichael was standing on his front yard when he spotted Arbery “hauling ass.” McMichael had reportedly seen surveillance video implicating Arbery as a burglary suspect. He also would have known Arbery from his earlier dealings with him. Upon seeing Arbery, the McMichaels armed themselves, got in a pickup truck, and followed him. They were followed by William Bryan, a neighbor of theirs, who recorded the cellphone video that was made public last week.

The video [1], which is about 30 seconds long, is consistent with the description of the incident in the police report [2] written by George E. Barnhill of the Waycross Judicial District. The McMichaels intercepted Arbery and parked in the road. Travis stood near the driver’s side of the truck, Gregory in back. Arbery, who was running toward the truck, ran along the passenger’s side, made a sharp 90-degree turn, and charged at Travis, who was holding a weapon. They fought over the weapon before Travis fatally shot Arbery.

Two calls [3] to 911 were made before the shooting. The first caller reported seeing a black man who entered a house under construction and then ran out. He claimed that the man had “been caught on camera a bunch before at night” and that it was “kind of an ongoing thing out here.” The second caller was Gregory McMichael, who reported that a black man was running down the street. The conversation was cut short when the altercation began.

The testimony of the first caller aligns with surveillance footage [4] released recently that shows Arbery entering a house under construction at the same time the call was made. It is extremely likely that Arbery intended to steal construction equipment and tools, which can be sold for decent prices. Each year, up to $1 billion [5] worth of construction items are stolen in the US. The property owner shared additional footage showing that Arbery had entered his home multiple times over the course of the preceding months, which lends further credibility to Arbery’s status as a burglary suspect. (The surveillance footage has elicited hilarious responses from mainstream conservative pundits, who have shifted from saying that Arbery was “just a jogger” to insisting that manly men just love checking out random houses under construction, dude.)

McMichael has stated that several break-ins occurred in Satilla Shores prior to Arbery’s death. We know of four incidents [6]. On December 8, someone reported that rifles had been stolen from their car. Another theft occurred on December 28. On January 1, Travis McMichael reported that a 9mm pistol had been stolen from a vehicle parked outside his home. A man who is building a home in the neighborhood claims that $2,500 worth of fishing gear was stolen from him earlier this year, though he never reported the crime. It is possible that there were more incidents that also went unreported.

It is unclear whether Arbery actually left the house with anything (he appears to have dropped an object in the road during his altercation with Travis, but the video is blurry). The Arbery family’s lawyer, S. Lee Merritt, argues [7] that the new footage does not incriminate Arbery since there is no evidence that he committed theft or damaged the property. This is irrelevant, because entering a structure with the intent to commit a theft still constitutes burglary even if one leaves empty-handed. The law [8] is pretty straightforward:

If the house had lacked walls or had been in the earliest stage of construction, Arbery would probably only have been guilty of trespassing. However, it clearly was a structure of some kind. If the house qualified as a dwelling, then Arbery was guilty of burglary in the first degree and not the second; one could debate this point.

We can never know precisely what Arbery’s motive was. But all the facts on the table point toward the conclusion that his intent was to commit theft. The burden of proof is on Merritt.

The McMichaels’ arrest of Arbery was not illegal. Georgia’s citizen’s arrest law [9] reads as follows:

The McMichaels had probable grounds to detain Arbery. Gregory McMichael saw a video of a man committing burglary and shortly afterward saw what appeared to be the same man burglarizing another property and making a rapid escape. The McMichaels did not “hunt down” Arbery because he was black.

Open carry is legal in Georgia. The McMichaels’ decision to arm themselves was both legal and justified. They did not know whether Arbery was armed and rightly erred on the side of caution. Given Arbery’s past, it would not have been unreasonable to assume that he was armed.

Finally, Georgia’s stand-your-ground law secures one’s right to use lethal force to defend oneself against threats. Arbery is the one who instigated the altercation. Travis did not fire until Arbery attacked him. The McMichaels’ intention was not to kill Arbery, but to detain him as per the citizen’s arrest law until law enforcement arrived. According to the police report, they shouted at Arbery to stop and tried to talk to him. If they really had wanted to kill him, they would have done so earlier and gotten the job over with. Instead, they went to the trouble of intercepting his path and trying to start a dialogue.

It is misleading to claim that Arbery was “unarmed.” Arbery grabbed Travis’ gun and tried to pull it away from him. The first bullet went through his right hand, which was grasping the muzzle of the weapon. The upward angle of the blood spatter of the second shot is consistent with the downward motion of the buttstock during the struggle. The police report further points out that “while we know McMichael had his finger on the trigger, we do not know who caused the firings. Arbery would only had to pull the shotgun approximately 1/16th to 1/8th of one inch to fire the weapon himself and in the height of an altercation this is entirely possible.”

Why did Arbery refuse to cooperate with the McMichaels? Stefan Molyneux’s theory [11] about what happened is compelling. Arbery was probably guilty of the burglaries in the area and knew that he would end up in jail. He also would have seen Gregory McMichael calling 911 in the flatbed of the pick-up truck and might have recognized him as one of the two men responsible for his prosecution in 2018 (since investigators commonly have face-to-face exchanges with suspects). Arbery had gotten off easy in 2018 and probably figured that McMichael wouldn’t let that happen again. As he ran toward the pick-up truck, he decided that instead of allowing himself to be detained and jailed, he would seize Travis’ weapon and kill both McMichaels. (If this had happened, we never would have heard about the incident, of course.)

It is ironic that the initial lack of charges brought against the McMichaels is being touted as an example of the racism inherent in the justice system because, if anything, law enforcement were too lenient in dealing with Arbery, not the McMichaels. The shooting might not have happened had Arbery been penalized for violating his probation.

It is also ironic that the people demanding “justice” for the supposed “lynching” of Arbery are acting rather like a lynch mob themselves.

A third irony is that most attacks against joggers are perpetrated by black men. It is not uncommon for black men to pursue or sexually proposition young white female joggers, which occasionally escalates to rape or murder. Karina Vetrano, a 30-year-old white woman, was sexually assaulted and murdered by a black man while jogging in New York City in 2016. Around the same time Arbery was shot, an African migrant raped [12] a Swedish woman, putting a knife to her throat, while she was jogging in the forest. Feminists blame incidents like these on “toxic masculinity,” but the issue is obviously racial. Black men commit rape and murder at much higher rates [13] than white men.

There are a number of recent cases of black-on-white violence that are far more disturbing than the Arbery shooting, but they have been ignored by the media. A few days ago, a black man murdered [14] an elderly white couple on the grounds of a veterans’ cemetery. Last month, a black man murdered [15] his girlfriend’s white parents and left their bodies in a ditch after an attempted robbery.

Mainstream responses to high-profile white-on-black shootings always fall under two categories. Liberals and certain conservatives (National Review types) decry the incident in question as a “hate crime” and an example of “white supremacy.” Other conservatives quixotically attempt to discuss the facts of the case and argue that the white perpetrator was not actually racist. If we only stuck to the facts and stopped creating division, they argue, racial tensions would cease to exist.

The second response is just as wrong-headed as the first: racial tensions have always existed in the US and will continue to exist as long as the races are forced to live together. Conservatives’ denial of the importance of race also prevents them from acknowledging their opponents’ pattern of specifically targeting white men for destruction. Their refusal to take their own side renders them incapable of responding effectively.

Foremost among our enemies’ reasons for concocting false narratives about white-on-black shootings is that they want to deprive us of our right to defend ourselves and intimidate us into submission. In their ideal world, all attempts by white men to defend themselves and their communities would be considered “hate crimes.” Indeed, the Department of Justice is currently considering whether to pursue hate crime charges against the McMichaels. The notion that the shooting was a “hate crime” is patently false; the McMichaels’ pursuit of Arbery was not racially motivated, and they acted in full accordance with the law. But this does not matter to our enemies.

The McMichaels have already been charged with murder and aggravated assault. The special prosecutor assigned to the case is Cobb County DA Joyette Holmes (three DAs previously assigned to the case recused themselves due to conflicts of interest). This could very well end up being the next Trayvon Martin case.

The media’s grossly dishonest coverage of the Trayvon Martin case was red-pilling for many white Americans. The Ahmaud Arbery case might well have a similar impact.

If you want to support our work, please send us a donation by going to our Entropy page [16] and selecting “send paid chat.” Entropy allows you to donate any amount from $3 and up. All comments will be read and discussed in the next episode of Counter-Currents Radio, which airs every Friday.