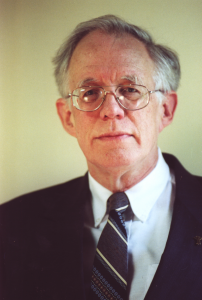 This would supposedly attract the best and brightest of our society in order to overthrow it. This elite would be smarter, more dedicated, more athletic, and possibly better-looking than the cattle they wish to rule. “We’re attracting quality, not quantity! Elites, not the masses!” is the eternal response to those who doubt this strategy.

Allegedly, these future elites will be won over with the most extreme rhetoric possible, so you need to emphasize how far apart your movement is from the mainstream. Don’t even bother trying to reach people where they are — just fetishize third-world dictators and terror groups. Once he hears this call, the Ivy League-educated lawyer will drop his career and banish all hopes of a bourgeois existence to take up the cause of white revolution. And with all these elites secretly or not-so-secretly adopting the cause, white nationalists will suddenly obtain power without any effort at the ballot box.

Of course, this is a bit of an exaggeration. But many in our sphere think like this and believe only the most virulent “anti-bourgeois” rhetoric will attract this elite.

In the real world, the opposite occurs. The best and brightest stay far away from the revolutionary vanguard and these groups mostly attract the strange and marginalized.

No person better exemplified this than William Luther Pierce. Pierce is many things to Counter-Currents readers, but he’s just the man who wrote The Turner Diaries to the general public.

The violent novel is most famous for being the favorite book of Oklahoma City bomber Timothy McVeigh. It also inspired The Order and its spree of bank robbing and murder. It sold hundreds of thousands of copies and cemented Pierce’s notoriety. To millions of Americans, he’s the guy who advocated for a white supremacist revolution on a genocidal scale.

. . .That’s not exactly a charming legacy. You would think Pierce actively recruited the alienated, the cranks, and the future mass shooters for his group, the National Alliance. But that wasn’t his goal at all. Pierce wanted the respectable to join the Alliance, not the kooky losers who fantasized about shooting up their nearby mall. Yet, his violent revolutionary rhetoric put off most of the people Pierce wanted to attract.

Pierce certainly was a talented writer and speaker, but his bloody fantasies (and his open National Socialism) ensured he never reached the elites.

Robert Griffin’s The Fame of a Dead Man’s Deeds captures Pierce’s problem. Pierce tells Griffin throughout the book that he wants well-educated professionals for the National Alliance; doctors, lawyers, etc. But when Griffin attends the NA’s leadership conference, he doesn’t encounter a legion of school board chiefs and future law firm partners. He doesn’t encounter freaks, either. Most of the people at the conference are salt-of-the-earth types from the working and lower-middle class. Griffin finds them to be good people, but not the upper-class professionals Pierce constantly talks about.

The likely reason is that most upwardly mobile whites were repulsed by Pierce’s ideas. Now many of these people are so craven that they find anyone who wants fewer immigrants distasteful, to say the least about an avowed National Socialist. But there are plenty of these types who are open to our ideas, they just aren’t about to drop their careers and families to join a revolutionary cell.

Most people aren’t radicals — and they have few reasons to turn themselves into radicals in today’s America. Yes, we are plagued by degeneracy, nihilism, and alienation. But we still have a large degree of economic prosperity that many can aspire to. . . or at least accumulate a lot of debt to obtain. We are not close to revolutionary circumstances.

Pierce knew this and continually emphasizes this throughout Fame of a Dead Man’s Deeds. But he still believed he needed radicals who wanted a revolution in his group. That’s why he didn’t mind scaring off the bourgeoisie with his books — even though he wanted to attract bourgeois people into his movement.

Here’s how he responded to Griffin’s question about these types being put off by The Turner Diaries.

[The Diaries] isn’t going to get a receptive audience from say, an intelligent person who is concerned about all the problems he sees around him — racial conflict, the effects of economic globalization, the de-industrialization of this country, the breakdown of morality in America, the negative influence of television and the other media — but who just wants those problems to go away without it putting him out or having things get messy. He’s worried about crime because it keeps him from enjoying life in the way he would like. . . He’d like somebody to do something about all these problems, that’s for sure, but, really, he doesn’t give a damn about the fundamental things I was concerned with in The Turner Diaries. He just wants those problems fixed so he can live his life without interference.

Most people are like those Pierce chides. People come to our ideas because of the problems they see around them, and because they want solutions to those problems. They probably aren’t going to be interested in hearing about telluric forces or Agartha. Any movement that wants to obtain power has to come to terms with this. These certainly aren’t going to be committed activists or dissident intellectuals, but you will need them on your side.

Pierce ranted about these middle-class types in many of his writings.

Pierce argues in that essay that his movement should be a dedicated core of revolutionary idealists. This small minority would then drag the masses along with their power and influence. Countless others have made similar arguments since then.

Nobody has offered the means to take power through a revolutionary vanguard. Some imagine they can reenact the Bolshevik Revolution, others think they can win over a powerful institution from which to take over the whole country. This can all happen if we get the most radical ideology possible. The problem is that “vanguards” often end up being a handful of losers who imagine they are elites. They get nowhere and merely jerk off to their own power fantasies. The “elite” talk is a cope for being unable to win over many followers.

You can witness these fantasies every day on right-wing Twitter. People act like they get closer to power the more they pose as radicals. Just one more tweet offering an imaginary alliance to leftists/Islamists/Chinese and the world will be theirs. It’s like the famous meme [3] of a boomer woman saying she will single-handedly destroy ISIS. These people should know better than the poor boomer who was turned into an internet legend.

All of this self-radicalism doesn’t make you a revolutionary vanguard; it just ensures you stay in the ghetto and no one pays attention to you.

There exists a great example on the Left. The Students for a Democratic Society was a massively influential group in the 1960s [4]. They shut down multiple universities and organized anti-war demonstrations that attracted tens of thousands of people. At its height, it had over a hundred thousand members. However, it collapsed in 1969 due to the extremism of its leaders. The group split up at its 1969 convention between two sides that were far outside of the American mainstream. On one side were orthodox Maoists, on the other side was the Revolutionary Youth Movement. Both sides focused more on arguing over Marxist minutiae than appealing to widespread youth discontent. The two split and formed their own version of SDS. They both died off without ending the war, eliminating capitalism, or bringing about the revolution.

The RYM is the most similar to vanguardist fantasies. Led by actual elites, the RYM later became the Weathermen and engaged in pointless acts of terrorism. They considered this more important than organizing students and protests. Their terrorism accomplished nothing and made the American public more averse to their viewpoint. Like right-wing vanguardists, they thought American society was too corrupt to save and the whole order must be swept away by a revolutionary elite. That convinced them terrorism was the real solution. The vast majority of SDSers and sympathizers didn’t follow their leaders into revolution, leaving the student protest movement disorganized and confused.

Mark Rudd, one of the radical leaders, concluded this strategy “played into the hands of the FBI. . . We might as well have been on their payroll.”

Of course, some Weathermen were welcomed back into polite society and were awarded plum jobs. That’s more a testament to them giving up their cause and our elites’ greater tolerance for left-wing violence. Right-wing extremists only get this treatment if they fully sell out and become a lapdog for the Anti-Defamation League.

There is no guaranteed path to power and you never know what the future might hold. But intentionally marginalizing yourself for the applause of malcontents is not going to achieve anything, no matter how much you tweet about POWER.

A movement cannot be led by the conservatives Pierce deplored, but it can’t make its mission to attack their sensibilities. It has to engage with our people where they are. That doesn’t mean we pretend we’re kosher conservatives who don’t see color. We just have to present our ideas in terms that they will understand and sympathize with. There should be places like Counter-Currents where we discuss more esoteric topics, but those subjects shouldn’t be the focus of our pitch.

We have to build a movement that escapes from the ghetto and makes itself a viable political alternative in the real world. That starts by appealing to people’s ordinary concerns. They do not care for unironic National Bolshevism or Pan-Evropean Imperium. They just want to live in a nice, white country [5].

The best and brightest will join our cause when nationalists show we’re a serious force that can make the West great again. Making transgression a virtue and LARPing as revolutionaries online ensures they stay far away.