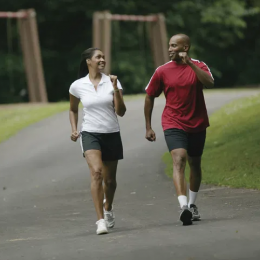 “We don’t take kindly to joggers around these here parts.” (Cue dueling banjos)

Let’s get right to it. I’m a blue-collar southerner. Greg and Travis McMichael could literally be my brothers or cousins. They could very well be my coworkers or next-door neighbors. These are the kind of men I’d feel comfortable sitting next to on a barstool, drinking a beer, talking about the things us southern folks talk about when we sit at a bar and have a beer. I believe, with all my heart, that these two men were morally faultless on February 23rd when they shot, in self-defense, prolific jogger and aspiring architect, Ahmaud Arbery.

Okay, I’ll move the goal post a bit and offer a caveat. In non-Clown World, the McMichael boys would have been morally faultless; but alas, as Counter-Currents readers are well aware, our current reality mires us chest-deep in Clown World, and we get closer to drowning in Piss Earth waste each and every passing day.

Here’s a recap of what transpired. Allegedly, a recent string of thefts had plagued the McMichaels’ neighborhood. Among other things, tools and supplies had been stolen from a new home construction site. Even though the 100-meter dash is the only race that mattered to the McMichaels, they obviously held a bias against joggers (particularly the ones who wear khakis and Timberlands) and suspected Arbery of doing what joggers are known to do (i.e. walking through non-jogger neighborhoods and trespassing on private property).

So, as it happens, on that fateful February day when the McMichaels spotted our hapless architect-jogger inspecting the structural integrity of the attic joists in their neighbor’s new home, their bias against slower-paced athletes kicked in and they called the police, grabbed their firearms, and proceeded to perform their civic duty and initiate a “citizens arrest” while the cops were en route. They pursued the jogger (who by this point had undoubtedly decided to become a sprinter) in their pickup truck. The inevitable confrontation ended in bloodshed when our architect-to-be reached for McMichael’s shotgun (confusing it for a T square or a compass, no doubt) and shots were fired.

I think that pretty much sums it up, give or take a minor detail or two. As I said, I take the non-Clown World position that property rights should be respected. I believe that it is our civic duty to watch out for our neighbors’ property as well. And this may be a bit old school, but joggers should know better than to loiter around in non-jogger neighborhoods where they have no business being.

But we don’t live in non-Clown World, do we? And until that fact changes, it is in our collective non-jogger best interest that we accept certain realities, and one of those realities is that chasing joggers down in pick-up trucks while brandishing loaded weapons is never going to end well. Like I said earlier, the McMichael clan appear to be fellas that I could hang with. I’m not going to pick the low-hanging fruit about their physiognomy, their weight, or their good-ole-boy appearance. But self-awareness is a good thing, and they should have known that their guilt was already predetermined by our honking, red-nosed overlords simply for being Southern (and probably evangelical Christian) non-joggers. Even half-Hispanic George Zimmerman wasn’t immune, remember that?

There’s a saying in our circles that goes something like: “Around joggers, never relax.” I’d like to contend in my commentary that this does not only mean to be suspicious of joggers when they stop to admire your landscaping or your triple crown molding. It also means to modify your own behavior as to protect yourself from Clown World consequences. Chasing joggers in pickup trucks? While armed with loaded weapons? Even non-joggers with badges often find themselves up against a wall when things get messy. Don’t do it. Just don’t.

Like I said earlier, joggers should know to stick to their own neighborhoods. I mean, how many Starbucks-drinking, Star Wars tee-shirt-wearing, bearded, bugman non-joggers do you see venturing into jogger neighborhoods? They all know better. Even those of us who are appalled at paying $10 for a cup of coffee know that we aren’t welcome in certain areas. At the same time, we are also well aware that our death at the hands of Timberland-sporting cross-country athletes would not be a blip on anyone’s radar.

It’s a shame that America has come to this. But think before you act. This is a case of optics, and it has nothing to do with looking a certain way. It does have everything to do with making inadvisable choices. If we want to ultimately win this war, we need to know which battles to pick, and this wasn’t a battle that had any chance of being won.

Good luck out there. It’s going to get worse before it gets better.