The Coronavirus Didn’t End Globalism, it Ended the American Era 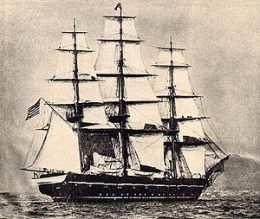 If there is one crisis that shows national populism and race realism were needed, this should have been it.

The coronavirus emerged from strange, disgusting foreign folkways. (Even Bill Maher is with me on wet markets.) Economic globalization allowed the virus’s spread. American intelligence is seriously investigating whether the virus started in a Chinese lab and not a wet market. I’m unsure which possibility is worse. There are also good reasons to believe China has not “defeated” the virus and there are secondary infections and new hotspots.

The best way to defeat the virus was to massively restrict travel between nations and even between states. Quarantines, after all, are just borders.

“It may one day be said that the coronavirus delivered the deathblow to the New World Order,” wrote Pat Buchanan, “to a half-century of globalization, and to the era of interdependence among the world’s great nations.”

Leftists were right to worry that President Trump could have exploited the crisis. Here was his golden opportunity to attack China, seize power, marginalize Joe Biden, and discredit globalism. Eighty percent of Americans want at least a temporary moratorium on immigration. More than 90 percent want the federal government to make testing widely available. If President Trump was the attention-craving, power-hungry, Constitution-trampling fascist they feared, here was his moment to brush aside Congress and take control.

Luckily for Leftists, President Trump let the crisis go to waste. The political coalitions are the opposite of what we should expect. A new Pew poll shows most Americans say President Trump was too slow in stopping travel. However, most Republicans say he was “quick to take major steps.” More than three in four Democrats think President Trump is making the situation seem “better” than it is. That’s the opposite of what a narcissistic, fearmongering demagogue should do. About half of Republicans and an overwhelming majority of Democrats are afraid the government will lift restrictions too quickly, not too late. Yet President Trump is eager to “reopen” America. Mike Pence is out there bragging that “nobody wants to reopen this country more than President Donald Trump.”

Meanwhile, libertarian protesters waving Trump signs are attacking social distancing policies. One of the largest protests was in Michigan. It looked like something out of the Tea Party, with American flags, Gadsden flags, and overwrought comparisons to Nazis. Michigan Congresswoman Debbie Dingell and some Jews decried “swastikas” among protesters, evidently missing the point that the protesters were calling the government’s policies Nazi-esque. If making flippant Nazi comparisons is beyond the pale, someone should tell those who created The Man in the High Castle, Hunters, and The Plot Against America.

We’re facing an absurd situation. Many Democrats think President Trump is dangerous, if not a fascist. Somehow, they are also upset he wasn’t aggressive enough in wielding state power. Interestingly, white Democrats are more worried about lifting quarantines too quickly than are blacks and Hispanics.

Meanwhile, liberal reporters regularly accuse Republicans of being in a “personality cult.” They aren’t entirely wrong. However, it’s the Republican grassroots urging the president to give up control. A movement serious about pursuing political power would be demanding President Trump govern by emergency decree, like Viktor Orbán did in Hungary. Instead, Republicans want to save “the economy” and get government out of the way.

Of course, many nationalists were taking this seriously from the beginning. Twitter accounts like “Battle Beagle” were sounding the alarm early on. Back when journalists were mocking the China travel ban, right-wing Twitter personalities (those that remain) were posting pictures of themselves in hazmat suits. Mother Jones ran a story expressing bewildered fascination that Mike Cernovich, Steve Bannon, Raheem Kassam, and other “Trump supporters” were warning about the virus months ago, while the GOP’s “blind, cult-like loyalty among Republican members of Congress” encouraged silence. This is no mystery. The White House sidelined nationalists early in the Administration, instead turning policy over to Jared Kushner, Paul Ryan, and other conventional Republicans. Those who saw Donald Trump as a vehicle for nationalism were purged. Those who kissed up to President Trump personally but opposed his election platform were put in charge.

Now, there’s a crisis in which nationalists are on one side and conventional “conservatives” are on the other. It’s a choice between preserving the nation and preserving the stock market. President Trump chose the market. If President Trump really was the nationalist strongman many liberals fear he is, he’d be implementing the quarantine policies they claim they want. Of course, in this alternate universe, it might be the liberals suddenly protesting quarantines and social distancing simply because it’s Trump who is imposing them.

I don’t fully blame President Trump for mishandling the crisis. Outside the nationalist Right, few people were taking the virus seriously a few months ago. Dr. Anthony Fauci is a hero to many Democrats and reporters. However, in an interview with respectable moral authority Al Sharpton, he sounded much like President Trump, blaming Chinese misinformation for America’s slow reaction.

It’s also a fact that many journalists and Democratic politicians initially downplayed the pandemic. When President Trump played a video at a press conference this week pointing this out, CNN and other networks cut the feed. When government action could have made a real difference, countless outlets wrote stories worrying about anti-Asian discrimination and decrying the president’s travel ban. President Hillary Clinton would not have handled this much differently, except she probably would have enjoyed much more media support.

This leads us to the heart of the problem. Today, even a pandemic is a partisan issue. It’s about who you can trust. There are objectively right or wrong answers about the lethality of the virus, the way it can spread, and what treatments might be effective. Yet there is no scenario in which Americans will be able to agree on the facts. They simply don’t trust the other side to report them fairly. Both Democratic and Republican partisans are convinced the other side is pursuing a hidden agenda. Both may be right. Democrats are trying to smuggle in “ballot harvesting” as an emergency measure, simply trying to exploit the crisis. Republican senators Richard Burr and Kelly Loeffler haven’t been championing strong government action, but they did quietly sell their stocks when they were briefed that the pandemic was coming. Publicly, they may say everything is fine, but privately, they know otherwise.

Even whether you think hydroxychloroquine is a possible treatment is partisan. You can find studies or reports supporting your prejudice. Not surprisingly, if infected, most Republicans say they’d try the drug; most Democrats wouldn’t. It’s hard to imagine a more intimate, personal choice than deciding whether you would take a drug that might save your life. Many Americans outsourced that choice to journalists. They’ve already outsourced their morality to reporters; why not their health, too?

Assume Democrats who say President Trump is responsible for hundreds of thousands of dead Americans are sincere. If you truly believe the President of the United States and the millions who support him are responsible for such a holocaust, what national unity is possible? Similarly, if you, like Rush Limbaugh, accuse Democrats of deliberately destroying the economy in order to defeat President Trump, you can’t honestly believe we’re all in this together. In 2019, Bill Maher explicitly said he wanted a recession so President Trump would lose. It’s not surprising at least some Republicans will take him at his word. Why wouldn’t Republicans consider a Trump defeat illegitimate, a product of a “manufactured” economic crisis?

“Americans,” whatever that means now, can’t agree on fundamental truths even on life-or-death issues. Millions will believe that hydroxychloroquine works or doesn’t, regardless of what studies say. Millions will assume the president is lying when he says it’s safe to reopen some states. Alternatively, millions believe journalists and Democrats are deliberately trying to crash the economy to drive the president out of office. How is collective national action possible in this environment? How can you sacrifice for your fellow countrymen when you are convinced half of them want to harm you? Hillary Clinton dismissing millions as a “basket of deplorables” seems positively benign now.

Race realists, unfortunately, are used to the absence of truth in public debates. Whatever the data shows us about race or however blatant the double standards, we know that many people will never entertain information that challenges their egalitarian worldview. We’re dealing with a matter of faith, and it’s very hard to reason someone out of their faith. Research shows most people perceive their opinions as objective facts. It’s depressing, but not surprising, that reports about racial disparities in test scores and crime rates are as regular as the tides but have almost no impact on people’s opinions.

A multi-racial, multicultural, self-hating society is incapable of grappling with a pandemic or other national challenge. Pursuing a “common good,” even survival, is impossible when we can’t agree on who to trust or even who constitutes “we.” Many Americans know they are being lied to. They know they are being oppressed. They know there is a hostile governing class. However, they don’t agree on who is oppressing, ruling, and lying to them. Without agreement on basic principles, no collective action is possible.

Sadly, the coronavirus pandemic didn’t reveal the futility of globalism. It exposed the futility of American nationalism. There is no American nation anymore, just squabbling tribes. I’d like to think President Trump could have reforged our identity with strong action, including America First trade policies, an immigration moratorium, and stringent social distancing policies. He’d still have faced opposition, but it would have been marginalized. But he didn’t do this. Instead, he obeyed the braindead neoliberalist dogma of the so-called conservative movement.

Still, even if President Trump had done everything right, maybe it wouldn’t have made a difference. America lacks the social trust and government competence to pursue a coherent strategy. Had President Trump moved aggressively against the virus in January and stopped immigration, perhaps it would have been hysterical liberals out in the streets decrying fascism. Unlike China, the United States of America is not a serious country, doesn’t have a serious government, and isn’t capable of serious action.

We white advocates are the only ones “in this together.” We should stand by each other. We should support each other with funding and social support during this challenging time. Unfortunately, when it comes to the rest of the country, it’s every man for himself.

We don’t need to speculate what the post-American age will look like. It’s already here.

If you liked this article & want to support our work, read Greg Johnson’s “All Hands On Deck!“

« The Faith of Heretics