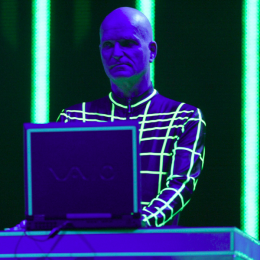 You can find more on Kraftwerk from Counter-Currents here.