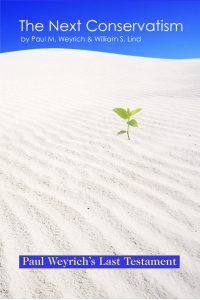 Paul Weyrich (1942 — 2008) was a profoundly influential conservative, dare I say, right-wing activist. He was born and raised in Wisconsin and was a Catholic who rejected the Vatican II reforms. His last book before his death is called The Next Conservatism. It was published in 2009, when the disastrous eight years of George W. Bush were heavy upon America.

Weyrich came to national prominence when he founded the conservative Heritage Foundation in 1973. By the end of the decade, Weyrich would go on to politicize Evangelical Protestants along with groups like the Moral Majority. Although nobody admits it, I believe that the Religious Right, as well as the Conservative Movement after 1972, was a reaction to the disaster of the “civil rights” movement.

The “civil rights” movement deserves some remarks. It was not a movement where marginalized peoples gained the rights and duties of citizenship. Instead, it was a racial attack upon whites whereby Africans gained a privileged place in a civilization they cannot create or maintain. Once victorious, it implied that all American endeavor up to “civil rights” was morally wrong. “Civil rights” didn’t start in the 1950s, as is commonly taught. Instead, the leadership and goals of the movement crystallized as early as 1909 and made un-resisted gains until 1954. After that year, due to the Brown v. Board (1954) case, whites started to resist at the grassroots level on a larger scale. The most critical white supporters of “civil rights” were often field-grade officers during the Second World War.

Weyrich was 11 when Brown v. Board (1954) was decided, so his formative years occurred during the “civil rights” movement’s loud advance towards its culmination — the passage of the 1964 Civil Rights Act. This law is an illicit second constitution and it is truly revolutionary. The 1964 Civil Rights Act expanded to include any group that can analogize as Africans in the American South. This includes non-white immigrants (often hostile), women with maladaptive and spiteful mutations (feminists), and militant homosexuals who wish to make their sexual behavior the center of society.

The Revolutions of the 1960s

Indeed, the ferment of the 1960s is not one revolution, but several. The most serious and destructive revolution, that of “civil rights,” took place at the beginning of the decade. It was carried out by people dressed in a conservative way — the fashions in the early 1960s were closer to that of the 1940s than to those of 1969. It also occurred when blacks had the appearance of fitting into the wider white norms. Actors like Sidney Poitier graced the screen, and black music was represented by Sam Cooke.

After the 1964 Civil Rights Act was passed, the hand which enforced white norms upon blacks was lifted. Black music reverted to the minstrel show of gangsta rap, crime spiked, and cities burned. When rioting spread to places like Watts in 1965, many whites started to give up on black uplift, while still claiming that the “civil rights” movement was morally correct.

The next revolution of the 1960s became manifest with the 1967 Summer of Love. The movement was mostly white and consisted of people too young to have been involved in the “civil rights” revolution at the beginning of the decade. One of its biggest targets was President Lyndon Johnson and his Vietnam War. I believe that it is appropriate to raise the suspicion that many of those involved in the anti-war movement were “getting back” at LBJ for his support for “civil rights” without having to admit it.

Despite the wild clothes and unconventional behavior, this second revolution had contained an element of white racial conservativism that first became apparent in the 1968 US Presidential election when Richard Nixon eked out a narrow victory over Hubert Humphrey. Additionally, whites started to leave the Democratic Party in 1968, although at the time this defection was still a cloud the size of a man’s hand. By 1972, the conservative movement picked up steam and metapolitical activists like Paul Weyrich were shaping it. 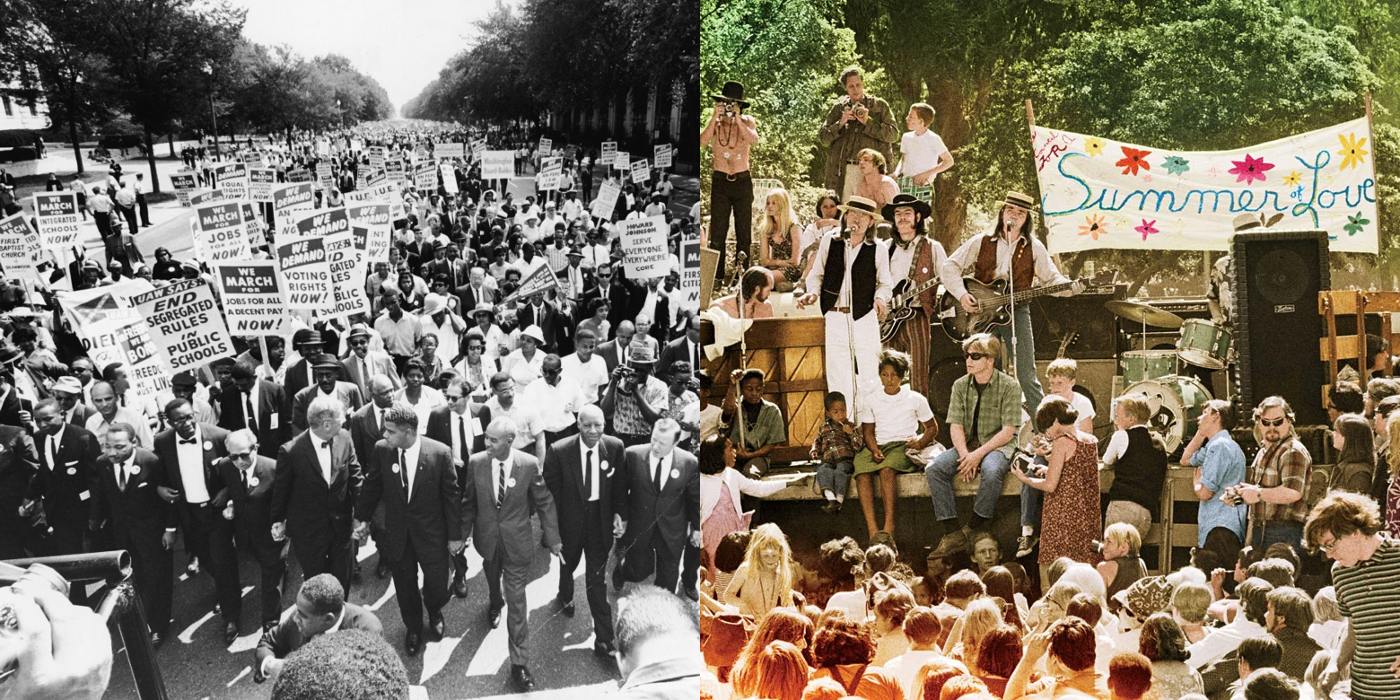 Revolution and Counter-Revolution: Don’t let the clothes fool you. The well-dressed “civil rights” activists were true Afro-Jacobin Revolutionaries that ultimately damaged America. Despite the token Negroes one sees in pictures of hippies at the time, the counter-cultural revolution was a deeply spiritual, mostly white affair that should be seen (at least partially) as a counter-revolution to the disaster of “civil rights.”

The ideas that Weyrich presents in this book are not much different from what one sees on Counter-Currents. Weyrich recognizes that the conservatives “won” victory after victory through the Republican Party after 1968, but lost overall in the greater culture. He argues that this is due to the fact that the overall culture of America is directed to a large degree by the Cultural Marxists led by adherents of the Frankfort School.

Weyrich also argues that the economy should serve Main Street, not Wall Street, and American foreign policy should steer clear of Wilsonian adventures. Furthermore, Americans should strike down “hate crime” laws, and should consider new urbanism. The environment should also be protected. “Crunchy-cons” (i.e. conservative environmentalists) should be embraced.

Most importantly, Weyrich says that “if we do not halt the flow of Third World immigrants into our country, all other aspects of national security will become irrelevant, because soon enough we will have no nation to secure.” (p. 107) 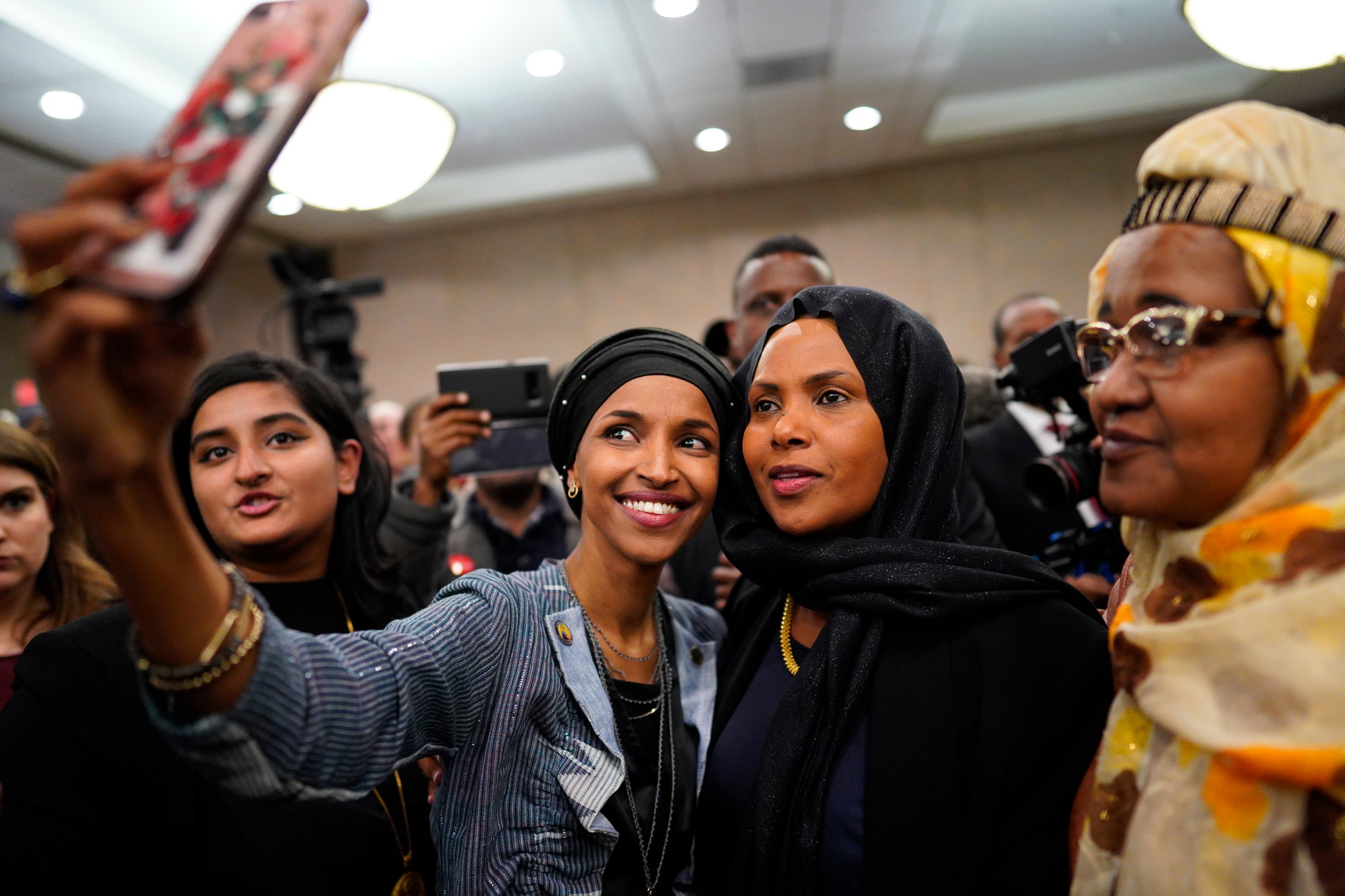 If we don’t start to reverse the flow of Third World immigrants there is no point to have a foreign policy or national defense at all as America will cease to be a nation.

The ideas in The Next Conservatism are the political plank that Donald Trump used to win the presidency in 2016. Thus, Paul Weyrich’s ideas have not only stood the test of time, but they’ve also won electoral victories. Weyrich’s career is, therefore, one to emulate and admire.

However, there needs to be some critical thinking. Weyrich mentions the Frankfurt School but fails to mention the Jewish aspect to it. Weyrich was very likely aware of the Jewish angle to it, but his failure to mention it continues to block the thinking of mainstream conservatives who still believe in “Judeo-Christian” values.

This failure to recognize this Semitic ethno-racial attack confuses things. To explain, the Free Speech Movement in Berkeley in 1964 was a Jewish assault on white American culture (they didn’t and don’t believe in “free speech”); meanwhile, the hippie communes springing up in Northern California were more of an attempt at spiritual renewal for whites.

Weyrich also, somewhat begrudgingly, accepts the idea that Africans might have been oppressed prior to “civil rights.” I believe this is an error to say. The total of the Jim Crow system was inefficient in that segregation in all things was a big cost, but segregation in schools is clearly right in that blacks get to puberty faster than whites and are dangerous. Furthermore, having an all-white American military should be policy. Or at least, the military should not have Africans or Orientals — many Hispanics are, in fact, white and descend from the Conquistador tradition.

In the end, the most important conservative goal is to strike down The 1964 Civil Rights Act. In doing so, Americans can more easily manage their Third World population, whites can increase their birthrates without the feminist suppression of marriage and male wages, and spiritual and religious freedoms can be realized. Without changing that law, the conservative movement will continue to win elections but lose society.