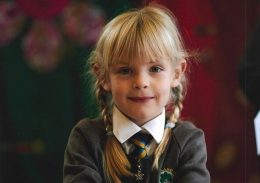 It is often said that we do not know ourselves until we are faced with a crisis. The present crisis wrapped up in the Chinese coronavirus has, unsurprisingly, even further laid bare the agenda of the egalitarian regime. House Majority Whip James Clyburn, the black Democrat who delivered his credulous tribe to former Vice President Joe Biden, celebrated [1] the Chinese virus as “a tremendous opportunity to restructure things to fit our vision.” True to form, Leftist jurisdictions across the realm are ratcheting up the anarcho-tyranny by releasing prisoners, including violent sex offenders, scaling back law enforcement (for the Horde, not for us), and agitating for voting by mail, a surefire recipe for massive voting “irregularities” this November. Whites are the only people who don’t realize that they are already engaged in a race war, that the United States of America is united [2] no more, that its days as a political unit are numbered.

As Jared Taylor noted [3] in his investigation into black atrocities committed during Hurricane Katrina:

Natural disasters usually bring out the best in people, who help neighbors and strangers alike. For blacks. . . disaster was an excuse to loot, rob, rape, and kill. . . we have Africa in our midst, that utterly alien Africa of road-side corpses, cruelty, and anarchy that they thought could never wash up on these shores. . . The races are different. Blacks and whites are different. When blacks are left entirely to their own devices, Western Civilization — any kind of civilization — disappears. And in a crisis, it disappears overnight.

In my (still, thank God, over eighty percent white) Southern community, our response to the Chinese virus has been instructive. Families that, to the deracinated urbanite, are deemed to be “stuck” at home are in fact happily spending precious time with one another, time that they would not otherwise have had and which they will never get back. Mothers are helping their children to place baskets of bottled water, hand sanitizer, and snacks outside their doors for mail carriers and deliverymen. Families are driving to hospital parking lots and displaying encouraging signs to thank healthcare workers during their shift changes. Homes in my (almost one-hundred percent white) neighborhood have put teddy bears up in their windows; as an activity for children to do, their parents drive them through the community to count the bears that they can sight. Many of us assist our elderly and disabled neighbors in procuring their groceries and other supplies. If somebody runs out of toilet paper, they are almost immediately supplied by a neighbor. Local restaurants are delivering free meals to the lower-income members of our community. One mother organized a “socially distanced” birthday party so that her children would not miss out on their birthdays; friends and neighbors drove by their home to sing happy birthday and throw confetti from their cars. One of my father’s co-workers gave our family cloth facemasks that his wife had made herself, and other members of the community are similarly making masks at home for anyone who might need them. Some of my loved ones have been hospitalized, and I receive messages every day offering help and prayers. These are but an infinitesimal number of those quintessentially white things that only we do. In a white society, we don’t need publicly funded welfare. We have each other.

This, while it is heartening and uplifting, also breaks my heart. The Chinese virus is a crisis. Our crisis is the extermination of our people. When we cease to be a majority, when we lose what little vestiges of power that we still cling to, when whites disappear, everything good will be gone from this world. Everything that we hold dear, everything that our forefathers built and bequeathed to us, will wither and fade away, never to return again. As Richard Houck so valiantly wrote [5]:

White culture has towered so greatly above all the others for centuries that to suggest otherwise is nothing short of parody. The Promethean fire that ignited nearly every worthy aspect of humanity was first lit in the Occident. . . Those of us engaged in this grand struggle are the only people trying to save the world. This is not merely about our race; this is about everything. If we become a despised and persecuted minority in our own homelands, nothing will remain. The world will fall into a dark, dystopian nightmare without us. The gravity of the situation should foster a deep sense of purpose and duty. Thus, go forth and never apologize for taking your own side. Never apologize for being a part of our beloved race, which has bestowed civilization with everything it has and takes for granted today.

The chasm looms. On Mother’s Day (the United Kingdom celebrates the holiday earlier than we do), seven-year-old Emily Jones was brutally stabbed [6] to death in front of her parents by a Somalian invader (excuse me, “migrant”) while she was simply riding her scooter in a park. It was a “random” attack, meaning that she was murdered for the color of her skin. They hate us, and we must never forget that. As per usual, British media reports only refer to the attacker as a “thirty-year-old woman,” much like Muslim rape gangs are “British men,” or occasionally “South Asian men.” Emily joins the ranks of the thousands upon thousands of our people that have been sacrificed at the altar of Diversity, Inclusion, and Equity.

Perhaps one day we will be able to build a memorial to them or write a martyrological text so that their names are never forgotten. All of them should be here with us today.