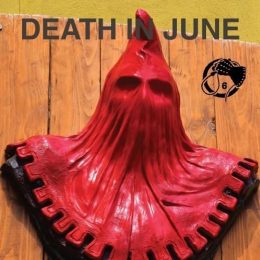 — his lyricism and avant-garde sonic hijinks proving old dogs can, indeed, learn new tricks. We get references to Euromaidan in Ukraine — though Pearce is no stranger to poetic rumination on revolution [1] — and mentions of deep states and webs.

“The Humble Brag” gets even more eclectic in its sounds, although it is not as well-executed as previous tracks. Beachy guitar riffs, bouncy-ball bass, and indeterminable chirps have their way with the track, turning into a mismatched collage. In this respect, “Brag” deserves great commendation if its intent was to be mildly unsettling and difficult to listen to, as it hits this nail on the head. That is probably the case, considering Pearce’s near-runic D-Day incantations towards the track’s end, likely a thinly-veiled response to allegations of racism that have dogged his entire musical career. In Typical Doug P fashion, rather than pay any attention to the interrogations of his detractors, he’ll hand them a cursed package of noises [2].