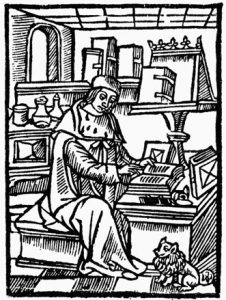 I first heard about the health benefits of cold showers two years ago. It sparked my interest as I had only taken hot showers in the past. After doing some research online, it was reported on various websites that taking cold showers could help improve your immunity, metabolism, and blood circulation. It was also suggested that cold showers were better for your skin and hair.

Most websites recommend starting first with hot water and then finishing off with cold water before transitioning to completely cold showers. I thought that would take too long, so I set the water to the coldest setting and decided to just hop in. I still remember that experience like it was yesterday. I forced myself to stay in there for 30 seconds and I remember those 30 seconds feeling like eternity. I was screaming and shivering all while gasping for air the entire time.

That was two years ago. Now I take cold showers for 90 seconds each morning. I wish I could tell you that it got easier over time, or that I eventually got used to it. Unfortunately, that is simply not the truth. The truth is that I have never gotten used to it, and every morning I still feel tremendous trepidation and fear before stepping into the shower. I still yelp in shock when the cold water hits my skin and I still gasp for air the entire time.

Nevertheless, the feeling afterward is indescribable. It is something like a mix of relief, rejuvenation, and accomplishment. The physical feelings can be attributed to the body’s endorphins being released after all the reactions your body goes through when taking a cold shower. Yet there is also a mental experience with cold showers, as I feel more clarity and have more focus throughout the day. Some people refer to cold showers as the “fountain of youth” due to these feelings and experiences.

This is how I feel about writing. For the most part, I enjoy writing. I really appreciate the opportunity to share my interests, ideas, and experiences, all while potentially inspiring people to be their best. That being said, I do have to force myself to sit down and write even when I don’t necessarily feel like writing. There are many times where I would much rather be playing video games than writing. For every time I feel inspired to write about a topic or issue, there are multiple times where I have to force myself to be creative on the spot.

You might be asking yourself “how can you force yourself to be creative?” If someone must force themself to write, is that person really cut out to be a writer in the first place? I have asked myself those questions many times. A previous co-worker once told me that a real writer only writes when they feel “inspired.” This same co-worker then called me a “hack writer.” For those that don’t know, a hack writer is a pejorative term for someone who writes low-quality fiction or sensational articles for a quick paycheck or to meet a deadline.

In regards to one of my previous careers, I jokingly admit to being somewhat of a hack writer. I have been a copywriter for a few different companies. A copywriter is a person that writes the words that you read on advertisements, brochures, and instruction manuals. I had the opportunity to write video game advertisements, travel guides, and safety manuals. Regardless of the company, each day I had to force myself to be creative and come up with multiple ideas for each project, sometimes on an hourly basis. My ideas and writings weren’t always “inspired,” but I was always able to write something.

Writer’s block is a condition where an artist experiences a creative roadblock where they cannot come up with new ideas or effectively express what they want to write. This can be caused by various factors: lack of inspiration, stress, financial pressures, the end of a relationship, or countless other personal tragedies. Many authors have gone through periods of writer’s block and worked through it. Other writers never get over this creative roadblock and eventually give up on their writing career and ambitions.

There is an old saying: “Pressure and heat make diamonds.” There were many projects I worked on where I didn’t have a clue about what I was going to write. But by the time I sat down to write, I forced myself to list three ideas to write about, regardless of how horrible or uninspired those ideas were. I then picked the best idea from those three choices and started writing. Looking back, some of the most well-received projects were the ones written in this manner. While I do agree that it might be better to write when you are inspired by something, I would much rather force myself to write once a week than wait for that magically-inspired moment to write once a month.

Much like forcing myself to take a cold shower each morning or write each week, some of the biggest challenges for us in the white-positive sphere are doing those things that cause initial trepidation and fear. Sometimes the things we advocate and preach are the same things we are hesitant to do ourselves. Sometimes we need to just step out of our comfort zones and slowly push ourselves to the next level.

This is going to be different for every person, but everyone has a role to play and everyone’s help is needed. We might have to use inconvenient methods to make and send donations. There may always be some risk when reaching out to potential nationalists in your area. The conferences and events we attend won’t always be 100% safe. Part of being in the Dissident Right is understanding that we are not just political dissidents, we are cultural, social, and racial dissidents.

I sometimes think that our community has its own version of writer’s block. With all the problems we face as white people, it seems that we cannot get past the “all or nothing” or “one-size-fits-all” mentality that gets us nowhere. Some say that Catholicism is the true religion of the Dissident Right while others see paganism as the only alternative to the universalism of modern Christianity. Some recommend abandoning all politics while others encourage everyone to sneak into the major conservative parties of each country. Some say that we should only focus on our national identities while others promote only a racial identity.

It would be foolish of me to think that we can all get along and agree on everything. We can and should have different views, discussions, and disagreements on these subjects. However, it is more pragmatic and optimistic to encourage different groups to try different things. We can build on what works and abandon what doesn’t work. Regardless, we all need to get out of our comfort zones and each do our part, regardless of the fear or trepidation it brings us.

As I finished my cold shower this morning, I thought about these issues and had a moment of clarity. We can have white Christian groups, volkisch-pagan groups, and interfaith nationalist events where both groups meet. We can encourage large families to move to the countryside while having single adults in the cities running for local offices. We can start creating our own events while also supporting current conferences like American Renaissance, Etnofutur, Awakening, and the Scandza Forum. We can have it all. We can have ethnic sovereignty with white solidarity.

I still dread taking cold showers in the morning, but some mornings are easier than others. And while there are still days where I have to force myself to write, those days are becoming fewer and fewer. It is through these challenges and self-discipline that I have improved my health while gaining valuable experience as a writer. All thanks to the benefits of cold showers and having writer’s block.

« The Counter-Currents 2020 Fundraiser
A Near-Death Experience