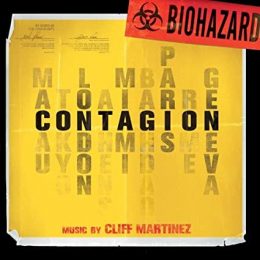 There is a new infectious disease sweeping the planet, and those it doesn’t infect or kill, it locks behind closed doors. Modern man can’t sit still for longer than five seconds, so while we hide from the impacts of a lethal virus, we pass the time by watching movies about the impacts of a lethal virus. Torrenting numbers for Scott Z. Burns’ Steven Soderbergh-directed 2011 thriller Contagion are through the roof, providing scores of people incapable of imagining a changed future with an easily digestible narrative and a happy ending. Contagion isn’t a bad movie; even its token minority heroes end up being flawed in some way, with the exception of saint-like Doctor Allison Hextall, who invents the long-awaited vaccine for the film’s fictional meningoencephalitis virus 1, or MEV-1. But despite being a reasonably good watch, it is still somewhat full of human hubris, or even chauvinism of the present tense; of course we prevail in the end. The apocalypse shall be thwarted with modern medicine and female doctors!

The film’s soundtrack was composed by the admirably prolific Cliff Martinez. Martinez’s name is probably unfamiliar to most, but his soundtrack work certainly is not. Martinez penned the music for Sex, Lies, and Videotape (his first time working with Contagion’s director Soderbergh), Drive, Traffic, and even a few episodes of Pee-Wee’s Playhouse. As the icing on the cake, he also drummed for the Red Hot Chilli Peppers between 1983 and 86 and played various percussion instruments on Captain Beefheart’s Ice Cream for Crow. Martinez’s experience in left-field music carried itself into his soundtrack composition style; punk influences, atonal melodies, and Eno-style ambiance combine to create tracks that can be loosely described as synthwave, techno, or even lowercase at his most experimental.

I recently discussed the new batch of Nine Inch Nails material, touching on their sounds’ appropriateness for the current outbreak of COOFID-19. Locusts, in particular, stands out as being especially suited to the unease and malaise of our times. Locusts and Contagion walk some common ground in their production style: minor-key constructions, tortured acid-wave synthesizers, and credibly threatening pianos, to boot. That said, the two records are very different. Contagion doesn’t shake off many of pop and classical music’s mainstays, such as the easily-identified beat or the premise of a tonal center. Locusts often meditates on the avant-garde for minutes at a time, whereas Contagion merely dips its toes in it.

The chilling opening track “They’re Calling My Flight” uses a warbling, scrapey midsection to flesh out an eclectic mix of percussive sounds and ominous piano. Stabs of synthesizer punctuate the track — in the film, these coincided with the spread of the virus to a new city, or the death of one of the infected — and give the song a corrupted dancefloor quality. “Flight” is the perfect introduction to most of Contagion’s music, touching on the cornerstone qualities of the ad-hoc genre I am going to call “Plague Rave.”

“Chrysanthemum Complex” sounds as though it could have come directly out of Post. It’s lighter than many other tracks on Contagion, though not without weight — a particularly dense bassline joins the track’s sparse percussion and garagewave synthesizer plucks about halfway through.

“Placebo” is a grating, twenty-five-second chirp. It is reminiscent of the ringing one might hear in your ears while under extreme stress. It’s used in one of the film’s most dramatic scenes — I will refrain from spoiling it here.

“Move Away from the Table” utilizes a drifting bassline and muted toms that could easily form the backbone of any deep house spin. The low-pass filter on the track is teasingly lifted and reapplied until its end.

“The Birds Are Doing That” is glued together by a sub-bass riff and a sprinkling of twangy, string-inspired licks that build toward a haunting choral finish. “Birds” lacks any central percussion.

“Get Off the Bus” uses an affected clock-like click track — not entirely unlike the sound of a blown-out bar chord — to texture and center the song, with its other elements running the gamut of ground-shaking pulses, atonal shreds of brass, and death-march drumming. “Bus” is one of the soundtrack’s most dramatic and disarming tracks, and it is used at one of the film’s most dramatic and disarming moments.

“100 Doses” blends elements of tech house, hardcore techno, and lowercase sounds to create a highly unique track full of nervous energy. “Doses” is a good example of Contagion’s impressive ability to create tension and never resolve it, forcing the listener to stay alert.

“Affected Cities” is a reprise of “They’re Calling My Flight,” made more chilling with an extra dose of entropy in the track’s synthesizer leads. The track’s second half makes use of sounds found on the rest of the album.

“Bad Day to Be a Rhesus Monkey” sounds like it could have been recorded in the sessions of Rossz Csillag Alatt Született. (Compare this track to “Szerencsétlen” or “Öngyilkos Vasárnap.”) Tasteful breakbeats, orchestral strings, and undulating synthesizers abound, dressed in a particularly menacing bassline, making “Rhesus” a fine choice for anyone wondering what schizoid personality disorder must sound like.

“I’m Sick” uses droning organic instruments as a backdrop to chopped and screwed bells, and what sounds like a stretched car horn.

“Get Us to the Front of the Line” is a reprise of “Chrysanthemum Complex,” this time introducing martial drumming, punishing chirps, and a lamenting string section towards the track’s conclusion.

“Don’t Tell Anyone” is a compelling bit of New Age instrumentation with immediately noticeable darkwave influences. It’s probably the most stereotypically “science fiction” song on the soundtrack.

“Forsythia” makes heavy use of discordance and the shriller tones of woodwinds to emulate feedback. Elements of noise and early industrial are present, and the panic tone of “Placebo” is interpolated here. “Forsythia” breaks into a reprise of several elements atop a, dare I say, infectious beat-and-bassline pattern that would be at home in a goth club. “Forsythia” is one of the most chaotic entries in the soundtrack, and consequently, one of the best.

“It’s Mutated” carries the ominousness that you’d expect of its name. It’s a partial reprise of “Move Away from the Table,” introducing subdominant pianos, the gentle whines of the orchestra’s string section, and a highly frenetic conclusion that could suggest both anxieties in a researcher or, perhaps, the mutation of a virus itself.

“Merry Christmas” has an air of subdued optimism, its faintly victorious swells softened by the presence of electronic flutter and shrill elements. It is the theme music to someone half-heartedly saying “Everything will be okay!”

“They Didn’t Touch Me” uses multiple oscillated synthesizers and constantly morphing levels of compression and filtering to give the track a lifelike, alien quality. Like much of the soundtrack, previously heard elements are shaken up to evoke similar feelings of tension while introducing added layers of uncertainty.

“There’s Nothing In There” reprises “The Birds Are Doing That” with more going on in the upper end.

“Handshake” passes gritty harmonics through the Gristleizer and then marries the sandpaper-like texture that results to surprisingly cheery piano and bells. “Handshake” also uses Aphex Twin-adjacent delays in its rhythm track to create the illusion of four-dimensional soundscapes. The track’s first lead is dropped about halfway through in favor of a radioactive, progressive-rock inspired movement. “Handshake” carries an optimistic attitude in a similar fashion to “Merry Christmas,” though with added genuineness.

“Bat & Pig” is another reprise of the “Table” leitmotif.

“Contagion” begins with a reverb-drenched piano rendition of the “Flight” leitmotif. Electronic sounds are slowly phased in, becoming dominant at around the track’s halfway point. “Contagion” then runs the gamut of almost every sound that can be found on the album, swelling a few times, and then concluding with a final, sour whistle of the string section.

As far as soundtracks go, there are few others that immediately come to mind as being so decisively European in their construction. For one, all of the myriad influences that shaped Contagion’s tones and textures came from European sources, be it the uniquely brooding takes on dance music, goth rock, hipster lowercasing, and confrontational uses of classical instruments. Even beyond that, Contagion puts to music very specifically civilized anxieties and attitudes during a crisis; while the soundtrack is far from a friendly listen, the elements that make it up never compete for space or deviate from an abstraction of behavior. The repetitive nature of many tracks and Martinez’s liberal use of leitmotifs and reprise evoke the worried pacing of a man preoccupied by forces much larger than him — forces he intends to plan for, regardless. Contagion is also marked by a consistent lack of closure or tonal resolution, leaving the listener with a sustained sense of anticipation throughout the entire soundtrack.

This same teasing is the source of much of the film’s dramatic tension, though unlike the soundtrack, Contagion has a somewhat satisfying conclusion: Humanity is saved, life goes back to normal, hooray! The implication that the next pandemic is simply waiting to strike lies in the film’s final scenes depicting the zoonotic origin of the virus, a sort of circular storytelling trick that may be lost on the average normie.

Amateur film analysis aside, Contagion would have been a fantastic standalone release simply by virtue of the fact that it makes excellent use of almost every novel electronic music development that had occurred in the early 2010s. This includes new permutations of dubstep, breakcore, and experimentation with the expressive range of classical instrumentation and methods. Martinez’s eclecticism is likely owed in no small part to his involvement in a dizzying array of American cultural institutions and musical revolutions, the stuff that defined our culture when they occurred and influences it to this very day. Martinez taps into America’s shared legacy with his music. While modern in style, its influences come from the great works of the past; in other words, an evolution of tradition.

« A Time to Smell the Roses