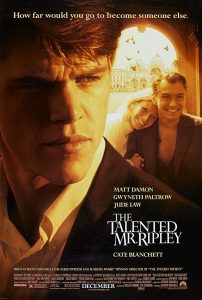 Anthony Minghella’s The Talented Mr. Ripley (1999) has been one of my favorite films since I saw it on the big screen while living in darkest Atlanta. A few years later, post-red pill, I bought the DVD and was struck anew at the brilliance of the script, performances, and direction. But I was also struck by the sheer whiteness of this film, which is set in 1958 and 1959 in New York City and Italy (Rome, Venice, the Bay of Naples). There’s nothing new about the idea of “escapist” entertainment. But when I first watched this film, I was not aware that one of the things I was escaping from was diversity.

Minghella’s movie is based on Patricia Highsmith’s 1955 novel of the same name. Most film adaptations of novels are inferior to the original, but not Minghella’s. Spoilers ahead: To talk about the novel and its adaptations, I am going to have to summarize the story. But the film has not been in the theaters in 20 years. And don’t worry: You’ll still want to see it.

Highsmith’s Thomas Ripley is not a likable character. He’s a narcissist and a sociopath who makes money through forgery and other scams. In his early 20s, Ripley meets shipping magnate Herbert Greenleaf at a bar. Ripley was passingly acquainted with his son, Dickie. The elder Greenleaf pays Ripley to go to Italy and persuade his wastrel son to come back and work for the family business.

In Italy, Ripley ingratiates himself with Dickie and becomes increasingly attracted to his lifestyle. Dickie’s girlfriend Marge Sherwood is skeptical of Ripley, accusing him of being homosexual, and eventually Dickie tires of Ripley as well, especially after he catches Ripley wearing his clothes and imitating his mannerisms.

On a trip to San Remo, Ripley murders Dickie, assumes his identity, breaks off his relationship with Marge, and moves to Rome. Dickie’s friend Freddie Miles locates the Rome apartment where Ripley is living as Dickie. Ripley kills Miles and dumps his body.

Since Dickie is now a murder suspect, Ripley can no longer lead his life. Thus Ripley leads Dickie’s family to think he has committed suicide and begins to live in Venice under his own name. Mr. Greenleaf transfers Dickie’s trust fund to Ripley, in accordance with a will that Ripley has forged. Ripley ends up wealthy and free, but fears that he may eventually pay for his crimes.

It is a cleverly written book, and even though Ripley is not a sympathetic character, Highsmith manages to slowly seduce the readers into becoming accomplices in his crimes.

Minghella’s adaptation is far more three-dimensional and ultimately tragic. But Minghella understands that to make Tom Ripley tragic, he must also evoke some sympathy and admiration. Thus Minghella’s Ripley (one of Matt Damon’s finest roles) is not introduced as a calculating sociopath. Instead, he is an American middle-class everyman, an insecure, upwardly-mobile phony, an impoverished aesthete whose good looks and good taste offer him an entrée into high society. (Ripley slides into a slow-burning murderous rage when a Princeton silver-spoon describes his apartment as “bourgeois.”)

Ripley plays classical piano. (Bach’s Italian Concerto is one of his favorites.) One day, Ripley substitutes for a pianist at a classical recital, borrowing the fellow’s Princeton jacket. When Herbert Greenleaf spies the jacket and asks Ripley if he knew his son Dickie at Princeton, one gets the feeling that Ripley lies with no specific aim, just a general desire to ingratiate and keep the conversation going.

Mr. Greenleaf’s offer allows Ripley to enter a world of beauty and high culture he cannot otherwise afford, transported from his noisy basement apartment in the meatpacking district in a chauffeured limousine — the driver telling him that the Greenleaf name opens a lot of doors, foreshadowing what Ripley will do with that name — to a Cunard luxury liner for a first-class voyage to Italy.

When Ripley arrives in Mongibello, the fictional town on the Bay of Naples where Dickie and his girlfriend Marge Sherwood are living, the chemistry is far more complex than in Highsmith’s novel. Marge, beautifully played by Gwyneth Paltrow, is charmed rather than repelled by Ripley. And Ripley’s relationship with Dickie — brilliantly played by Jude Law — is far more intense.

According to Highsmith, the character of Ripley is not homosexual. That was just Marge’s jealousy speaking. (A lesbian herself, Highsmith certainly had no hang-ups about homosexuality. She just didn’t see Ripley that way.) In Minghella’s film, however, Dickie Greenleaf is fearsomely handsome and charismatic, and Tom Ripley doesn’t just fall in love with his money and lifestyle, he falls in love with the man himself, and he is tormented by Dickie’s own seeming ambiguity on the subject. These changes to the story send the dramatic tension and conflict off the charts and make Ripley’s eventual murder of Dickie a tragic crime of passion, not merely a sociopath’s cold-blooded kill.

Minghella’s treatment of the murder of Freddie Miles (loathsomely played by Philip Seymour Hoffman) and the aftermath is very close to the book. When Ripley reverts to his own character, leaving behind the beautiful wardrobe and apartment he has purchased with Dickie’s money, he makes a fateful choice, taking Dickie’s rings, which were gifts from Marge. As he closes the lid of his piano, a single blurred reflection divides like an amoeba into two separate faces. Ripley is Ripley again. 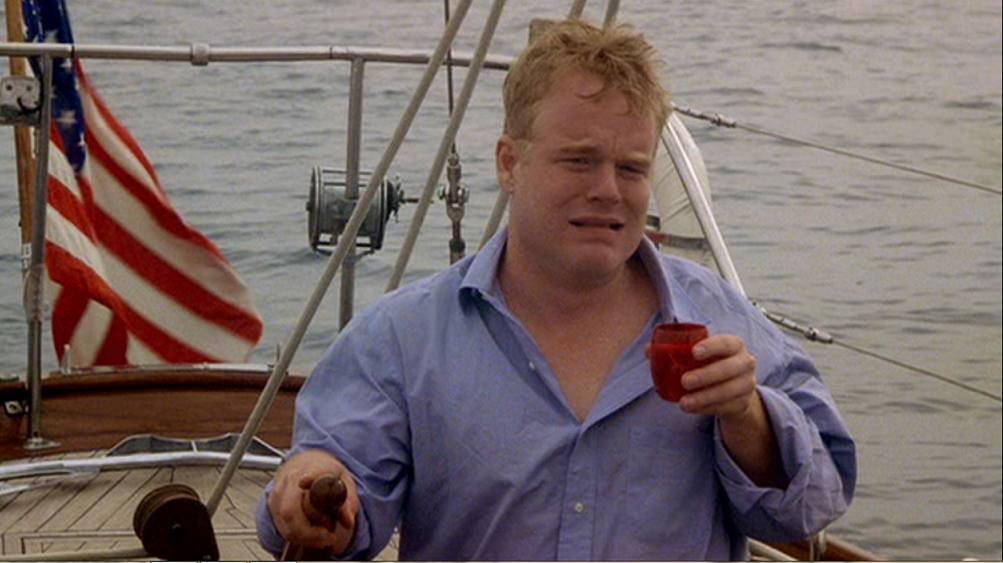 Later in Venice, Ripley meets with Mr. Greenleaf and Marge. When Marge finds Dickie’s rings in Ripley’s flat, there is a tense scene, in which Ripley panics and contemplates killing Marge to silence her. The whole thing is absurd. Marge is certain that Dickie never took off his rings. All Tom had to do was say that Dickie took off his rings whenever he contemplated being unfaithful to Marge, which is plausible and probably even true. In short, Minghella’s movie has the audience making up better lies than Ripley. Thus the film is far more adept at making the audience Ripley’s accomplices than Highsmith’s novel.

Mr. Greenleaf has hired a private investigator, Alvin MacCarron, to investigate Freddie’s death and Dickie’s disappearance. It turns out that Dickie once violently assaulted a Princeton classmate. They have concluded that Dickie probably murdered Freddie in a similar rage and then committed suicide. To thank Ripley for his loyalty — and to buy his silence — Greenleaf has decided to give Ripley a portion of his son’s trust, making him a wealthy man. As in the novel, it looks like Ripley is going to get off scot-free.

But no. Minghella’s movie also introduces new characters, who add dramatic tension and tragic pathos. When Ripley arrives in Italy, he meets Meredith Logue, bewitchingly played by Cate Blanchett. Again on an apparent whim, he lies and introduces himself as Dickie Greenleaf, a lie that will have consequences when he runs into her again in Rome after having killed Dickie and assumed his identity. Meredith has excellent taste, so she and “Dickie” become friends, shopping and attending the opera — Tchaikovsky’s Eugene Onegin, in which the title character kills a friend in a duel. Then they seem to slip into a romance, although one has to wonder if she is really Ripley’s type, being a girl and all. 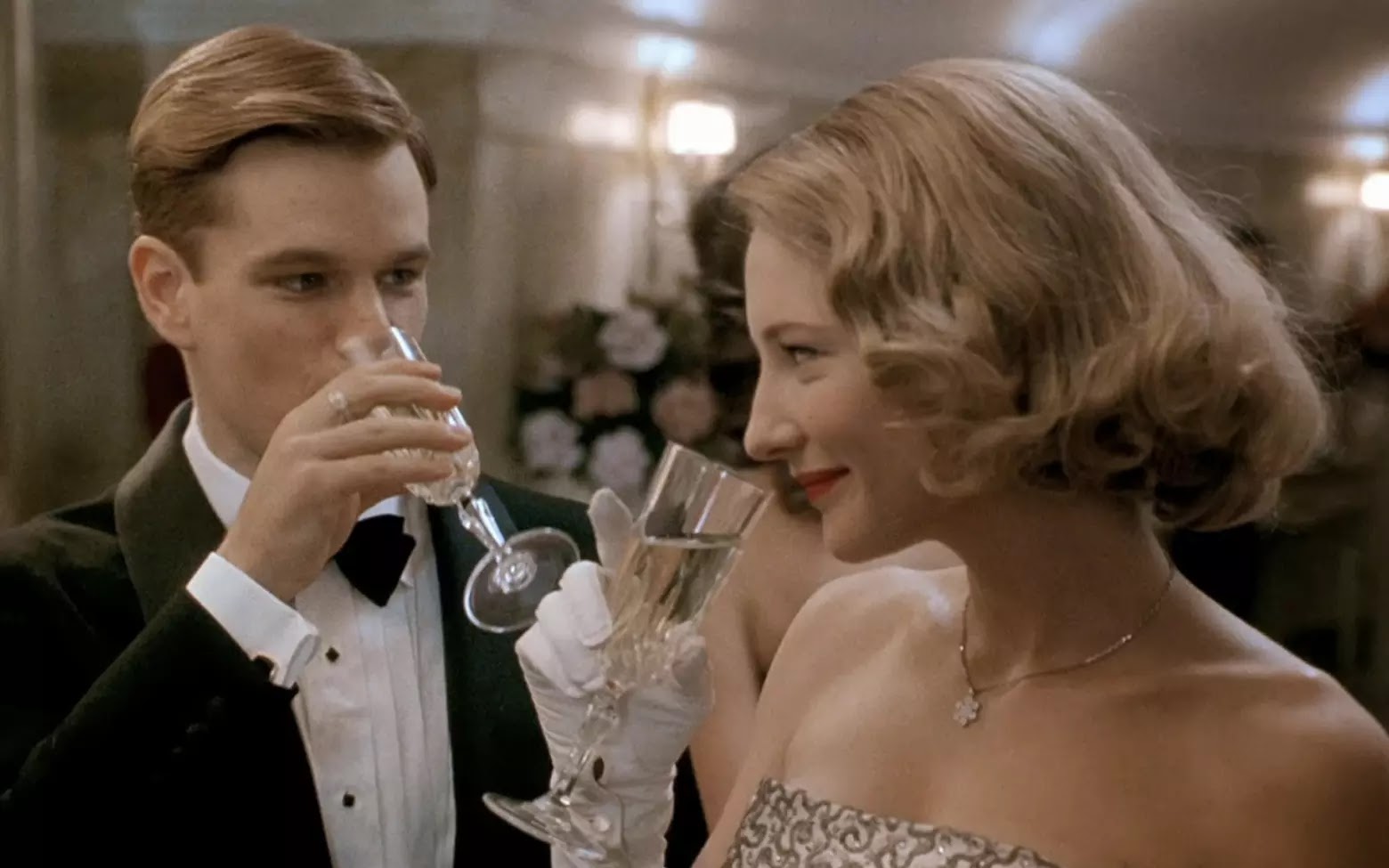 Tom as “Dickie” and Meredith.

Peter Smith-Kingsley, played by Jack Davenport, is a musician and musicologist living in Venice. He is dangerous to Ripley’s ruse because he is friends with Meredith, who knows Ripley as Dickie, and with Marge, who knows him as Ripley. This makes for some tense cat-and-mouse drama. Smith-Kingsley is also homosexual, and given their mutual interest in music, he is a good match for Ripley, so when Ripley leaves Rome for Venice, he and Peter become lovers.

At the end of the movie, Ripley and Peter leave on a boat for Athens. Once out to sea, Ripley bumps into Meredith. This is a problem. She knows Ripley as Dickie, and she knowns Peter, who knows him as Ripley. She’s traveling with family, so he can’t just toss her overboard. And they can’t just stay in the cabin, because Peter has seen them together. (Kissing, no less.)

At this point, Ripley could have just come clean with Meredith about how his impulsive imposture, when he thought he would never see her again, snowballed because he could never summon up the courage to come clean. She probably would have accepted it. He could have even come clean with Smith-Kingsley about everything, and he probably would have accepted it. But instead, Ripley strangles Peter, probably the only person who ever loved him. Ripley may never be arrested, but he’s never going to “get away with” this kind of crime. 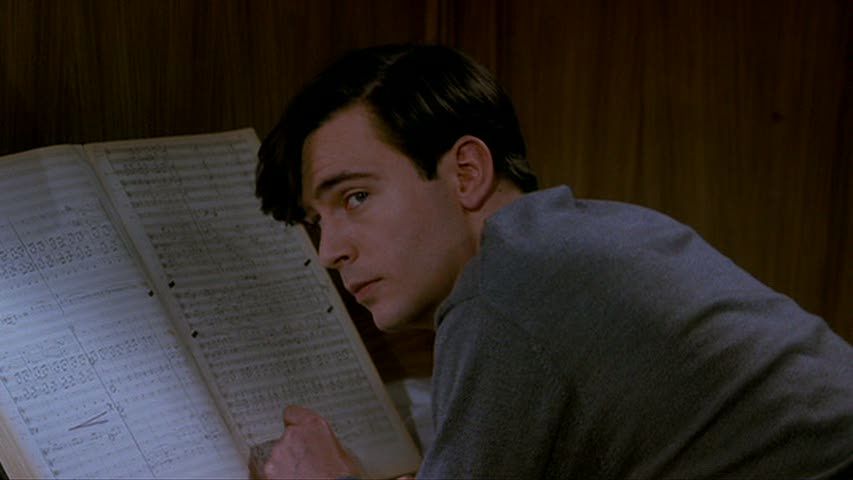 It is a wrenchingly tragic conclusion to an incredibly rich and powerful drama, and far more satisfying than Highsmith’s tiny, pro forma nod to the fact that Ripley, though untroubled by a conscience, will always fear the police.

The Talented Mister Ripley is one of the few films I find simply flawless. The script is brilliant both literarily and psychologically. The performances are uniformly excellent. These are Matt Damon’s and Jude Law’s best roles. It is Minghella’s best-directed film: an unapologetically Eurocentric, absolutely voluptuous vision of Italy at its most beautiful and America at its civilizational peak. Try it if you want to escape into the world of 1950s and early-1960s glamorous romantic thrillers like To Catch a Thief or Charade. Ripley turns darker than those films, but it is also more emotionally powerful and rewarding. 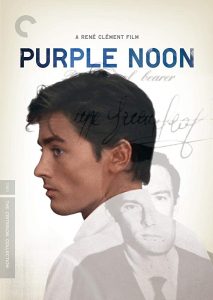 If you can’t get enough of Ripley, I’ve got good news: There’s another big-screen adaptation, René Clément’s 1960 film, Plein soleil (Purple Noon), starring Alain Delon in his first major role. Purple Noon is highly absorbing, but as a work of art, it falls far short of Minghella’s film.

Delon’s Ripley is simply a cold sociopath, although one wants him to be more, because Delon is stunningly handsome. None of the other characters are particularly likable either. Dickie Greenleaf (called Philippe here) is simply a bully, and Marge is a shrew. Freddie Miles is exactly the same. Minghella clearly cast his Dickie and Miles to look like their counterparts in Purple Noon. 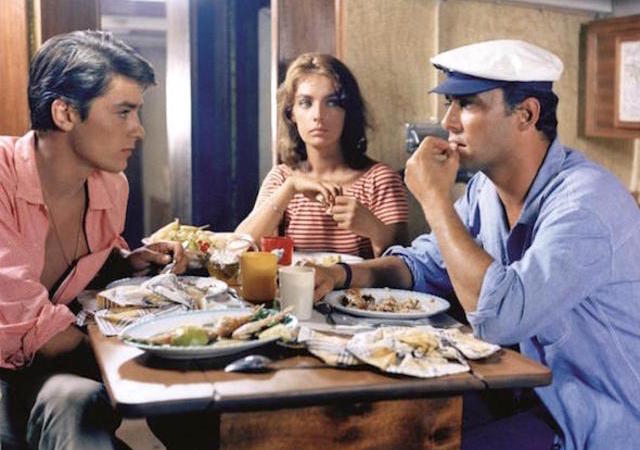 Minghella’s treatment of the death of Freddie Miles also owes a lot to Purple Noon. In Purple Noon, however, Ripley calmly cooks and eats a meal while Miles lies dead in the next room, a nice way to indicate sociopathy.

Whereas Minghella’s departures from Highsmith add depth and drama, Clément’s diminish the story, particularly the end, when Ripley gets caught. Let that be a lesson to you. 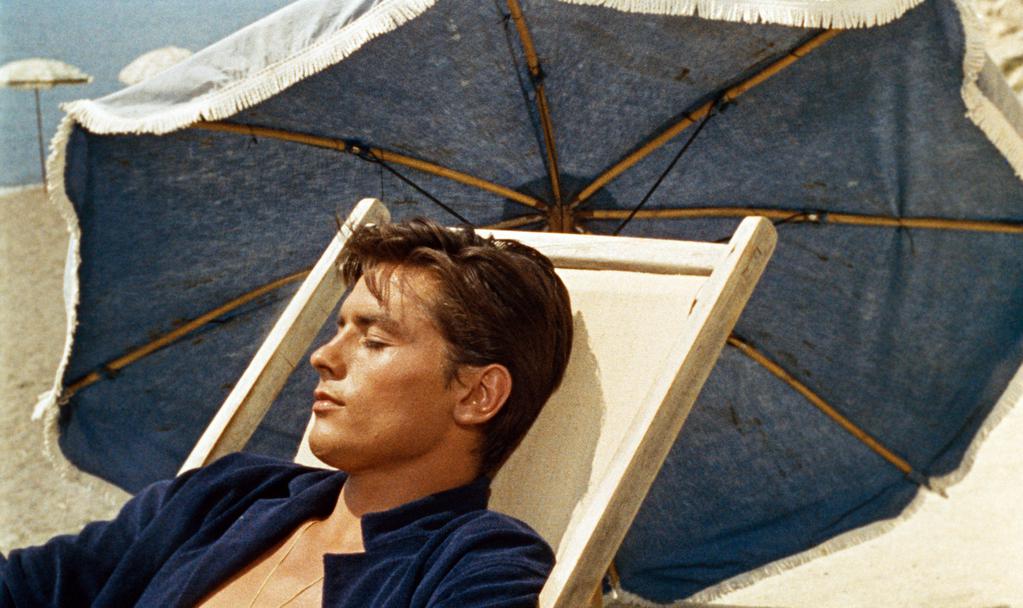 Made in the full sun

This ending was probably necessary in 1960, for The Talented Mr. Ripley in all of its incarnations drives moralists to distraction. Highsmith’s Ripley is a sociopathic murderer as anti-hero, the kind of thing that was hot during Generation Existential. Clément brings him to the screen as a pinup. If he didn’t get caught, French men would have pretended to be sociopaths too, French girls would have thrown themselves at them, and 1968 would have come early. When Minghella’s film came out, I heard it denounced as diabolical because it makes a sympathetic anti-hero out of a “gay serial killer.” But I’m not buying it. Save it for Hannibal Lecter, Sweeney Todd, and Dexter. Minghella’s Ripley is just good Will Hunting gone bad.