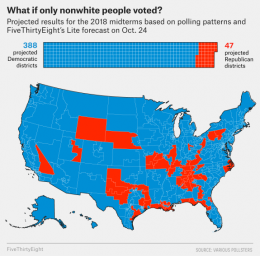 The Democratic Party is profoundly stupid.

The unholy alliance of neoliberal oligarchs and neoconservative Jews that constitute the American ruling class, armed with the cudgel of POC puppets (or as Tucker Carlson referred to them, “a constellation of aggrieved interest groups animated by their hostility to traditional Americans. . . united in their desire to take power and redistribute the spoils to themselves”) is currently making the same mistake it made in 2016. The ruling class is running the empty and senile suit Joe Biden, former Vice President to Barack Hussein Obama. This seems to be happening for two primary reasons: (1) the power elite see the mental deterioration of Biden, quickening apace, as a vacuum which they can easily exploit; and (2) Senator Bernie Sanders has been deemed “too radical” to beat President Trump, either out of genuine fears of “electability” or out of a more hidden fear that Sanders would not fall in line with the agenda of the ruling class (a fear which I think is mistaken).

By employing this obtuse strategy and running Biden, quite literally falling to pieces on national television, the Party may very well be kneecapping itself. It seems evident that Sanders is in no way, shape, or form “too radical”; he would probably have been our forty-fifth President had he been allowed the nomination four years ago, and if he were nominated today, he would present an extremely formidable challenge. I’m not confident at all that President Trump could defeat him. The American public is at this moment in time highly receptive to populism; our people are ready for drastic, “radical” solutions. The only question is who will provide them; will they come from the Left, or from the Right?

Presently, only the Left is offering solutions that can be heard by broad enough swathes of the populace, as it retains a stranglehold on all of the institutional establishments in our country. President Trump is asleep at the wheel; he harnessed the dwindling white vote four years ago, and we delivered him unto the throne. Now, it is clear that we, the forgotten men and women, have been forgotten by our self-appointed savior; rather than remember his electorate and taking the hard-edged steps he promised us, he spent almost the entire first half of his State of the Union address in a sickeningly pathetic display of Negrophilia. At every campaign rally, Trump expends massively inordinate amounts of time celebrating our dispossession through feminist careerism and “minority” economic power. Crowds of would-be patriots and America Firsters are reduced to cheering for these depredations. He will never gain the vote of those he seeks to influence.

President Trump has a fighting chance against Biden, and daresay will probably defeat him. Biden’s infirmities cannot be hidden, as many previous Presidents’ have been. More deeply, Biden’s ascendance to frontrunner status is nihilism on full tilt; though it is admittedly tempting to find his antics humorous, none of this is entertaining or funny in the slightest. It is a tragedy. And yet, he has demography on his side, and thus might still eke out a victory over traditional (read: white) America. Biden’s likely running-mate will be that gap-toothed demagogue, Georgia Governor-in-exile Stacey Abrams. But even that prospect is not the most frightening; we can imagine who Biden’s ventriloquists are, but we will never see their faces. A Biden Administration will amount to something substantially more farcical and sinister than the impenetrable darkness of the Bush Administration.

The great, albeit predictable, irony of all of this is that it is the Democrats that have spent the past four years screeching about how we must protect our democracy. These operatives, representatives of the hostile force that has occupied and ruled our nation since the 1965 coup, have reduced our constitutional republic to a sick joke. They have stopped at nothing to institute a majoritarian democracy, because by their calculus, power is purely an unprincipled competition for resources, a numbers game. They have recast our Founding as some sort of triumph for popular democracy, when the truth could be nothing farther from this; the Founders did trust “the people”, but this “people” was extremely limited. Today, which people, which public, does the ruling class wax lyrical about placing our faith in? Not our people.

Instead, the alien race that reigns ascendant has elected a new people, a foreign population that does its bidding. It is no coincidence that the Great Replacement has coincided with the panoply of Leftist schemes to expand the newly-enshrined electorate, including statehood for Puerto Rico and the District of Columbia, felon voting, the abolishment of the Electoral College and the U.S. Senate, and illegal alien suffrage. Voter fraud is already rampant in Leftist-controlled districts. The ruling class that so decries “foreign interference” in “our democracy” has no problem with the armies of unregistered foreign agents honeycombing our government, foreign control over our businesses (through board and executive positions as well as outright ownership), foreign-born individuals serving in elected office, law enforcement, military, and other government apparatuses, and, most tellingly of all, our absence of a border.

The only way that we can ever trust “the people” again is if we emulate our forefathers, who knew that healthy societies survive through the rigid maintenance of hierarchical distinctions and stratification. The Fourteenth Amendment was neither properly proposed nor ratified, but even if we take it at face value its original meaning has been bastardized, much as the meaning of all of the Constitution has been subverted. “Birthright citizenship” is a lie; the language from whence this has arisen applied solely to newly-emancipated black slaves. The Seventeenth Amendment, annihilating the last vestiges of state sovereignty by providing for the popular election of U.S. Senators, and the Twenty-Sixth Amendment, establishing the voting age at eighteen, must be repealed. If Congress and the state legislatures refuse to exercise their impeachment power, we should provide for the popular election of judges (once voting qualifications have been reintroduced, about which more below). At the very least, we should provide for the popular recall of judges.

Above all, though, we must once again limit suffrage by instituting not only stringent voter identification controls, but also by establishing qualifications. The voting age has to be raised, probably from eighteen to at least twenty-one. A civics test should be administered on American history and government, as well as on the Constitution, requiring a one-hundred-percent score to enable voting; perhaps this test could be re-administered every election cycle. A property ownership requirement, or at least a requirement that one be a taxpayer, should be contemplated. It might be worth considering a requirement that one have children to qualify. English literacy and proficiency are musts.  Citizenship, and this not of the “birthright” variety, is an obvious requirement; where we draw the line on natural citizens as compared to naturalized, however, is an open question.

In order to save our republic, we must seriously work to shrink “democracy”; only by doing so can we once again place any faith in “the people” to make such momentous decisions.