The BBC: A Blatantly Biased Corporation 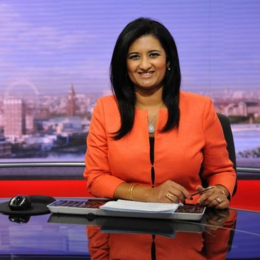 “All beliefs, habits, tastes, emotions, mental attitudes that characterize our time are really designed to sustain the mystique of the Party and prevent the true nature of present-day society from being perceived.”

— From Emmanuel Goldstein’s Manifesto from Orwell’s 1984.

As if further proof of the pro-immigration, anti-Brexit and social justice warrior credentials of the British Broadcasting Corporation was required, we now hear that the presenter Geeta Guru-Murthy has been exonerated by an internal panel set up by the broadcaster for describing a celebratory Brexit rally in Parliament Square as “very white” before segueing into a dialogue about immigration.

Geeta Guru-Murthy, sister of Krishnan Guru-Murthy, himself a co-presenter with Jon Snow on the infamously left-wing Channel 4 News, repeated Snow’s faux pas made back in March 2019 while commentating on a pro-Brexit Leave Means Leave rally: With a tangible sense of exasperation in his voice, he said: “It has been the most extraordinary day. A day which has seen. . . I’ve never seen so many white people in one place.”

Well, perhaps Mr. Snow and Ms. Guru-Murthy, both of whom clearly share the same cosmopolitan views as the Jewish former Director-General of the BBC, Greg Dyke — a man who once described the broadcaster as “Hideously White!” — should get out of their disproportionately diverse newsrooms, where they are surrounded by a Star Wars-style bar room of LGBT affirmative action appointees and acquaint themselves with the people who really pay the BBC License Fee and the taxes that keep the British economy afloat.

For far too long, the British public has acquiesced in their erasure from the state as well as privately-owned apparatus of televisual communication. People like Dyke openly advocated for positive discrimination at a Race and Media conference back in the early 2000s and appointed a Head of Diversity to enforce a quota system that has now snowballed from ensuring proportionate representation for allegedly under-represented groups to an almost total blackout.

This cast is fully supported by characters such as the acidic Kirsty Wark, the feminist Kathy Newman — herself a descendant of Russian Jews — socialist Welshman Huw Edwards, the hatchet-faced Fiona Bruce, and the mafia-like Dimbleby clan. The latter’s publicly oriented Janus-face is ably handled by David Dimbleby, the host of the BBC’s flagship political discussion program Question Time.

Dimbleby perfectly demonstrated the BBC’s complete lack of objectivity by conspiring to change the entire format of an autumn 2009 program in order to ambush and humiliate Nick Griffin, an elected MEP and leader of the British National Party, who had already overcome the politically correct obstinacy of Andrew Marr and previously destroyed the hard-bitten Jeremy Paxman in a one-on-one television confrontation.

The BBC was determined to avenge this, constructing a panel that included the Liberal Democrat Chris Huhne — subsequently a convicted felon — Baroness Warsi, a Muslim advocate and self-appointed Witch-Finder General in cases of suspected Islamaphobia, Justice Secretary Jack Straw, the son of a Jewish conscientious objector who refused to fight for Britain during World War Two, and that towering stalwart of all things intellectual, Bonnie Greer, a personage so full of herself that she makes the boxer Prince Naseem seem modest. The BBC ensured a hostile audience reaction to anything Griffin might say by selecting a range of prepared questions to entrap him and packed out the venue with Antifa activists and LGBT noisome types from all over the country.

They have followed this routine thereafter by massively exaggerating the alleged threat of right-wing violence while downplaying the very real effects of actual Islamic terrorism, issuing long prepared features on Holocaust-type events and alleged Nazi atrocities within hours of the Israeli Defense Force massacring Palestinians on the West Bank, hyping the growing threat of antisemitism while at the same time defaming personalities like Tommy Robinson in Hope Not Hate aligned “hit pieces,” under-reporting or actually masking the ethnic background, cultural orientation and religious beliefs of the perpetrators of industrial-scale sexual abuse of white girls across the whole country, issuing statements after nearly every case of Islamic Jihadism that the culprit involved was suffering from a mental condition, rather than being a devotee of Allah’s cult of martyrdom and death, and of course, seeking out any non-white “expert” on any topic under the sun, in order to present a Potemkin-like façade to their multicultural Oz.

The BBC has created an echo-chamber for the perpetuation of their synthetic ideals and insulated themselves against a reality they choose to ignore. To some extent, this explained the genuine shock and angst on the faces of the newsroom pundits when Brexit happened and the Trump train rolled into the Oval Office. These were mistakes they are determined we shall never be allowed to make again.

Cue the chimes of Big Ben and the leering face of some simian primate with shining incisors smiling down the camera lens into your front room:

“Don’t you see that the whole aim of Newspeak is to narrow the range of thought? In the end we shall make thought-crime literally impossible, because there will be no words in which to express it. Every concept that can ever be needed will be expressed by exactly one word, with its meaning rigidly defined and all its subsidiary meanings rubbed out and forgotten. . . . The process will still be continuing long after you and I are dead. Every year fewer and fewer words, and the range of consciousness always a little smaller. Even now, of course, there’s no reason or excuse for committing thought-crime. It’s merely a question of self-discipline, reality-control. But in the end there won’t be any need even for that. . . Has it ever occurred to you, Winston, that by the year 2050, at the very latest, not a single human being will be alive who could understand such a conversation as we are having now?”