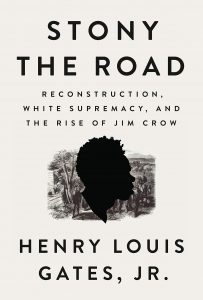 Although he was a supporter of President Obama, Henry Louis Gates Jr. did the President no favor when Gates made a scene and was arrested by a Massachusetts cop in 2009. Obama unwisely commented on the matter and had to hold a “beer summit” to smooth things over later. The cost of Gates’s temper tantrum was staggeringly high: In no small part due to their racial animus, Gates (and the President) turned a minor misunderstanding into a national firestorm, all during a massive economic crisis and while Obama was trying to navigate his health care reform through Congress.

Recently, Gates wrote a study of black history from the end of Reconstruction to the rise of segregation policies, (i.e. “Jim Crow”). No expense was spared in publishing the book; the images are in color and each page is glossy. For this website’s European readers, “Reconstruction” is the name for the policy by which the United States government dealt with the defeated former Confederate States, including dealing with newly freed black slaves. It didn’t go well. The leaders of Reconstruction became disillusioned and ended the policy.

The first two-thirds of Stony the Road is a focus on metapolitics and other cultural works from the era after the end of Reconstruction in 1877 until the late 1940s. Gates focuses on two sets of cultural works: The first is the 1915 film The Birth of a Nation and the second is what Gates calls “Sambo Art,” art used in advertising gimmicks and postcards that exaggerates African features in a comical way. 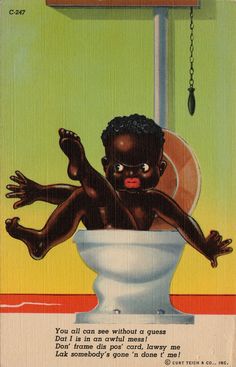 An example of what Gates calls “Sambo Art.” From Mammy’s.

The best part of the book is the section on the activists who were called “The New Negro” at the time. These were black activists such as W.E.B. Du Bois and Booker T. Washington. The New Negro activists came of age or were born after slavery’s end and were financially successful.

These activists had a variety of strategies for advancing their people, but they settled on the worst strategy possible — at least for whites — which was to seek to end desegregation. Repatriation to Africa was a serious strategy by some of the New Negro activists, however. Du Bois eventually moved to Africa himself. Gates describes the interpersonal drama between the activists as well as the class differences among blacks.

What is striking is that the New Negro activists focused on metapolitics as much as anything else. They labored hard to make films like The Birth of a Nation and Sambo Art taboo. The New Negro also endeavored to maintain a respectable public appearance. In a process that was gradual and came to its apogee in the early 1950s, whites did come to believe that it was all just a “matter of skin color” and blacks won the “civil rights” battle — called a “Second Reconstruction” by its detractors in the South. 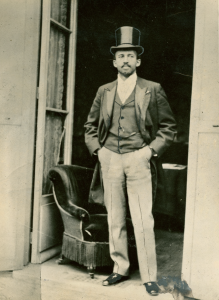 While Gates does agree with the philosophy of using metapolitics and culture to advance racial aims — much like the North American New Right does — there is much to criticize in his book. It was to my disappointment that Gates didn’t bother to look seriously at the ideas of the men that ended Reconstruction. It’s a huge oversight. For example, one of the Reconstruction governors of South Carolina, Daniel Henry Chamberlain, had led black cavalry troopers during the Civil War. He came from an abolitionist tradition, and yet all he could say of Reconstruction later was that it was “incompetency, dishonesty, corruption in all its forms. . .” [1] This turnabout is remarkable. Most of the time, people that sacrifice for a cause, such as Chamberlain, double down on their beliefs rather than reject them.

In focusing on Sambo Art and The Birth of a Nation, the book misreads the data. The Birth of a Nation came out nearly four decades following the end of reconstruction. It was not the cause of Jim Crow, but a fictional representation of why Jim Crow existed in the first place. Indeed, when Jim Crow restrictions were finally lifted with the 1964 Civil Rights Act (itself an illicit second constitution), the black community went on a decades-long crime wave that was worse than that depicted in the 1915 film. There is also some truth to Sambo Art. Most, if not all, African-American art forms — to include gangster rap, the musical Hamilton, Michelle Obama’s dancing, and the paternity test-takers on daytime TV — are engaging in some form of Sambo Art. There’s truth in jest.

Other rightist thinkers have argued that all black events boil down to a self-absorbed discussion of “blackness.” For example, Gates argues that a series of questions crystalized during Reconstruction [2] that still impact American domestic politics today. Namely:

Gates reminds the reader that the reaction against Reconstruction lasted a great deal longer than Reconstruction itself, and sees a parallel reaction to the Obama administration in the alt-right. Gates is also baffled by “white supremacy” and why it exists — so I’ll attempt to explain why whites react negatively to Africans:

I can only hope that Gates is correct, and the pro-white reaction to the Obama administration will last as long as Jim Crow did.