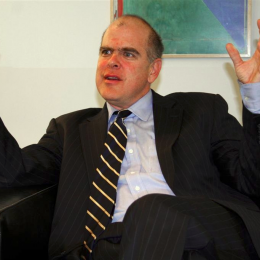 In January, when I first read and reviewed Christopher Caldwell’s The Age of Entitlement, I couldn’t help noticing that the book was being hit by a broadside smear-attack, impressive in its vitriol. Four days before the book’s publication (that is to say, January 17) the New York Times [1] warned the reader that it was an “overwrought and strangely airless book”:

Perhaps the author should have come up for oxygen when he found himself suggesting that the Southern segregationists were right all along.

[The book’s argument] leads nowhere. It proffers no constructive alternative, no plausible policy or path. The author knows perfectly well that there will be no “repeal of the civil rights laws.” He foresees only endless, grinding, negative-sum cultural and political warfare between two intractably opposed “constitutions.” His vision is a dead end.

Meanwhile, the Wall Street Journal [2] said it was “a book suffused with anger — at the system, at the movement of history.” But the most elaborate trashing came from the “conservative news site” Washington Examiner [3], in a review lip-smackingly entitled “Trumpism for Highbrows.” Here the reviewer, one Wesley Yang, effectively characterized Caldwell as an aggrieved white male in a MAGA hat, angry about the civil rights revolution because people of other races and sex-permutations were now getting a slice of the pie. With this ad hominem attack, the reviewer simply dismissed Caldwell’s evidence and argument as lacking any substance:

In the absence of any real evidence that the civil rights state has done grave material harm to white America, Caldwell settles into a long rant against political correctness. . . [He] fails to note that the overwhelming majorities of people of every ethnicity, including 3 out of 4 blacks, and upwards of 80% of Asians, Native Americans, and Hispanics, dislike political correctness.

As if that had anything to do with the price of eggs.

These reviews described a book so different from the one I read, I concluded they were parroting a list of talking points that the publishers had sent out pre-publication, in order to gin up controversy and buzz. I would assume that Simon & Schuster was afraid potential readers would pass by this new offering from the tweedy, self-effacing Caldwell, imagining the book to be erudite but soporific, like the many opinion columns he has written over the years for the Financial Times, the New York Times, the NYPress, etc., etc. That is just an educated guess.

Anyway, the advance promotion did create a buzz, at least in the Twittersphere. Gloating over a bad review, the Russian-Jewish neocon Cathy Young gaily tweeted: “Somehow unsurprising that [Christopher Caldwell], whom I used to know ages ago, has gone hard right.” She hadn’t read the book, and neither had omnivorous hot-take artist Jeet Heer (formerly of The New Republic, now at The Nation) who jumped in with: “He’s a really gifted writer, so this . . . makes me sad.” Others bemoaned Caldwell’s intellectual decline since 1998, when he wrote about the directionlessness and moral vacuity of the Republican Party (“The Southern Captivity of the GOP [6]“).

But then the sun came out, and we started to see reviews from ink-stained wretches out in the provinces and wire-services — people who actually read the damn thing, and found it to be insightful and cogent. (“The Age of Entitlement is a Fascinating Read.” — Associated Press [7].)

The main difference between these favorable mainstream reviews and the early hit-jobs is that the early notices focused entirely upon such hot-button issues as civil rights, the legitimacy of the 14th Amendment, and the legal sanctity of gay marriage. But later reviewers (those who read the book, without a cheat-sheet) took The Age of Entitlement to be as much a popular social history as it is a political treatise, something along the lines of William Manchester’s The Glory and the Dream (subtitled A Narrative History of America, 1932-1972).

Caldwell’s book could be subtitled Angst and Pop Culture in America, 1963-2015. We briefly revisit waterbeds; Hugh Hefner’s Playboy Mansion and round bed; “sexist” commercials [10] from Eastern Air Lines and “feminist” ones for Virginia Slims cigarettes; the brief rise of the CB radio fad in the 70s and the downfall of the IBM Selectric typewriter in the 80s; Gay Lib; Rush Limbaugh and the talk-radio cult; the Trayvon Martin affair; immigration and the demographic transformation of America; and what it means to be “red-pilled.” Financial matters figure greatly: the S&L and bank failures of the 80s and 90s; the student loan crisis (Caldwell blames Pell Grants); junk bonds; leveraged buyouts; global outsourcing; and the mortgage debacle that crescendoed into the 2008 Wall Street crash. But these too were pop-culture trends of a sort, enabled by deregulation and political opportunism.

The biggest fad of all, though, is the equality-and-diversity cult. This initially seeded itself with the Civil Rights Act of 1964 and the Voting Rights Act of 1965. Since then it has gradually metastasized, sprouting bureaucracies, oversight agencies, and judicial diktats. The legal framework of this cult has come to form a kind of Deep State (a “Second Constitution” in Caldwell’s phrase), against whose authority all appeal is futile. But you cannot describe this monstrous apparatus without talking about those other artifacts of pop culture. They are mutually enabling. The Sexual Revolution led to Roe v. Wade and Obergefell v. Hodges; not because it had to, but because it gradually changed popular opinion, meaning there were opportunities to litigate, particularly in an over-lawyered society where you can sue a ham sandwich for violating your civil rights.

Pace the New York Times review — “It proffers no constructive alternative, no plausible policy or path” — Caldwell’s book does indeed give a roadmap for those who want one. It’s not a silly how-to guide for activists (1. Write your Congressman; 2. Organize a Tupperware party), but rather a description of where we’ve been and what dangers we must avoid going forward.

The Age of Entitlement brings a clarity to the Right-nationalist schema that wasn’t there before. For decades, we muddled on with an inchoate set of high-flown theories about race and ethnicity, and who has the best IQs and test scores and time-preference. And we kept losing, year after year, decade after decade. We didn’t understand what was happening. We just knew something didn’t feel right in our gut, and we were ashamed that we didn’t have an impressively abstruse explanation for it all. The magic of Donald Trump in 2015-2016 — however much a disappointment he turned out to be — was that he crashed through all the fluff and abstraction and told our inarticulate instincts that some moral principles need no justification or apology: We need, and we deserve, to run our own country. And our nation must be populated by our own people; in its simplest formulation, we need a mostly white country.

Trump never said this, of course, and neither does Caldwell. But that’s where the bien-pensants seem to think they’re both headed. Hence the anger and alarm in those book reviews I describe up top.

The Age of Entitlement shows us that the political cant of race-grievance and perversion is only that; empty words, like the patter of the three-card-monte shark as he prepares to take your money. From now on, any jabber in praise of the civil-rights cult and its destructive offspring is going to be recognized as the sanctimonious humbug that it is.

One weakness in this book — more a feature than a bug, perhaps — is that it seems to dribble off inconclusively at the end, with the Donald Trump announcement for President in 2015. And here we are now in 2020. I suspect Caldwell was probably looking for a coda with the Trump Administration, and so he held up publication.

His last big book was Reflections on the Revolution in Europe, which came out in 2009, and which The Economist [13] called “the best statement to date of the pessimist’s position on Islamic immigration in Europe.” That too lacked a coda, because the Charlie Hebdo and Bataclan massacres in Paris wouldn’t happen till 2015, nor would the crest of the European “refugee crisis.” But sooner or later you have to make an end and publish. When I ran into him in Washington, D. C. at the November 2016 NPI conference, Caldwell said he was writing an opinion piece for the New York Times‘ Week in Review section (which he did: “What the Alt-Right Really Means [14],” Dec. 2, 2016). But now I realize he must have been searching for a conclusion to The Age of Entitlement. He didn’t find one.

Something else that’s askew in the book is its treatment of the role of finance and capital markets in the promotion of civil-rights culture. He regards political faddery as the horse pulling the cart of capital. To my mind, it’s quite the other way around. The civil-rights culture was enabled, and encouraged, by changes in financial markets that occurred in the 1960s-80s: a short-term, “high time-preference” mentality, with a willingness to take on massive debt and chase quarterly earnings rather than invest for the long run. With this corporate mindset, public relations become paramount. Boardrooms pander to trendy and “woke” opinion, worry about getting bad press, and fear vexatious lawsuits about “discrimination.” There are good reasons why things like Affirmative Action were complacently accepted by the corporate suite in the 1980s and 90s when they never would have been in the 1920s or even 1950s.

Similarly, progressivist public policy was not the prime mover behind the financial debacle of 2008. No, that had its roots in the deregulation that began during the Jimmy Carter administration and ran all the way up through the George W. Bush years, driven by lobbyists from Wall Street, S&L’s, and commercial banks. Caldwell says the remote causes of the crash were politically driven. I say they were politically enabled. His version makes for a clearer, juicier story, one more adaptable to a film script or book tour. And he’s absolutely marvelous in tracing the origins of that financial failure to a specific point in time. In The Age of Entitlement and more recently in a New York Times [15] column, he starts the tale with the aftermath of the 1992 Los Angeles race riots. George H. W. Bush signed the Housing and Community Development Act, lowering underwriting standards for “underserved areas,” i.e., “minority” neighborhoods. Bill Clinton went a step farther, forcing banks to write mortgages for risky, low-income borrowers, often without any down payment at all.

The less likely you were to pay off a mortgage, the more likely you were to get one. . . No well-informed accountant thought these loans could survive an economic downturn, and they did not. The politicization of poor people’s mortgages in a single country . . . brought the world to the brink of economic disaster. (New York Times, February 15, 2020)

To my mind, Caldwell’s telling begs the question of why banking executives were so easily gulled and strong-armed into an arrangement leading to disaster. It was because they had long lived with the high-risk, short-term outlook endemic to their industry. By the time the crash hit, they expected to have moved on and perhaps retired, with their own assets safely locked away. Après eux, le déluge.