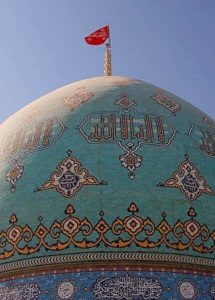 His assassination will upend the Middle East. Iranians mourn his death and vow vengeance. America continues to target Iranian-backed militias in Iraq. President Trump and other American leaders may claim they don’t want war, but that’s the goal for the neocons who hold Trump’s ear.  They’ve dreamed of taking out the mullahs for years—they just need to provoke Iran into an attack that will push America into war.

The Soleimani assassination could trigger a series of events that could achieve the warmongers’ dream. The airstrike further destabilizes the region and puts America further into the Middle East quagmire. Trump won in 2016 on the promise he would end the stupid wars. Instead, he may end up starting the dumbest one of all.

Out of Trump’s many disappointing moves, the most pathetic is his embrace of the war hawks who opposed his candidacy. These neocons are now in the driver’s seat and taking the Trump movement along for the ride to war.

War with Iran is no certainty. Trump is too polarizing a figure to rally America into an Iraq-style invasion. The Democrats would be united against any attempt to send troops into Iran just because Trump would ask for it. The media would oppose it because Trump wanted it, just as they criticize the Soleimani strike because Trump ordered it. One of the few good features of a Balkanized America is that it can’t be rallied to war, short of a major terrorist attack on American soil.

Unfortunately, those who are advising Trump want to provoke Iran into ordering such an attack. Iran and its allies already have terrorist cells in the U.S.; it doesn’t take much to imagine what they could do. It’s quite possible that Iran could retaliate with a major terrorist attack on US soil. It’s also quite possible that the neocons would let such an attack happen, or even aid it, to get their war.

Soleimani’s assassination also makes the region more chaotic. Iraq’s parliament voted to kick America out of its country Sunday. America had to withdraw its forces from fighting ISIS to protect our bases and embassy within the Shiite areas of Iraq. The Soleimani strike may, ironically, strengthen Iran’s regional power if America chaotically departs from Iraq.

Meanwhile, Iran threatens to retaliate in massive fashion. Soleimani was Iran’s Douglas MacArthur. He was second only to the Ayatollah in foreign policy decisions and was Iran’s main link to Hezbollah, the Houthi rebels, and Iraq’s Shiite militias. He was instrumental in stopping ISIS’s spread in Syria and Iraq. Millions of Iranians took to the streets to mourn his death, demonstrating popular support for payback.

This is a shitstorm that doesn’t benefit America. Supporters of the strike have tried to hide their pro-war sentiments by saying the attack was done to prevent war. “We took action last night to stop a war, we did not take action to start a war,” Trump said himself.

This claim is bolstered by the Pentagon’s assertions that they had ample evidence that Soleimani was planning a big attack on Americans. The generals even said the Iranian wanted to kidnap American diplomats! But Soleimani was always scheming, and it’s doubtful he had something new up his sleeve. According to non-Pentagon mouthpieces, the evidence for imminent attacks is “razor thin”—just like the evidence for Saddam Hussein’s mythical weapons of mass destruction.

When the globalists want war, they will conjure up all kinds of falsehoods and conspiracy theories to get their way. There’s no reason to think they’ve changed from their phony WMD days.

The other proffered reason to kill for Soleimani was revenge—either for dead Americans in the Iraq war or the recent embassy attack. On New Year’s Eve, Iraqi protesters—many of them Shiite militiamen—broke into the US embassy in Baghdad and wrecked the exterior. This affront to American power was in response to the US killing at least two dozen Iraqi militiamen in retaliation for the death of a military contractor. Trump decided someone needed to die for this attack. A few days later, Soleimani and a senior Shiite militia leader were killed.

Many conservatives said the blood of hundreds of dead American soldiers killed by Iranian-backed insurgents in Iraq cried out for Soleimani’s death. These soldiers were killed in a war we concluded—or were supposed to have concluded—nearly 10 years ago. Killing Soleimani to avenge the deaths of American soldiers is akin to assassinating Japanese generals in the 1950s or Vietnamese commanders in the 1980s. Those wars were over. You don’t do something like that—unless you want another war.

America also worked with these same blood-soaked militias when we stabilized Iraq in the late 2000s and armed them when they fought against ISIS just a few years ago. Without these militias, ISIS would’ve taken Baghdad. America now pays these former allies back with death from above.

So with America’s position more precarious in Iraq, Americans at home and abroad threatened by Iranian retaliation, oil prices rising, ISIS given room to grow, and a possible war on the horizon, it’s hard to see how American interests were served.

So who really benefits from the Soleimani strike?

Soleimani is a mortal enemy to both countries. Both see him as the man behind Iranian power in the region. He’s the man who saved the Assad regime in Syria and pushes Iranian power to every part of the Middle East. Israel particularly hated Soleimani for his support of Hezbollah. Saudi Arabia particularly hated him for his support of the Houthi rebels. Both countries wanted him dead to increase their own power and make their neighboring countries more subservient. They don’t care about its effect on ISIS or Iraq. It’s an added benefit if the Soleimani assassination leads to America invading Iran. Nothing would satisfy Israel or the Saudis more than a ravaged Iran.

Israel and the Saudis have immense influence over the Trump administration. Trump can’t stop talking about how hard he works for Israel. His son-in-law is text buddies with Crown Prince Mohammed bin Salman. These two countries have gotten more from Trump than any president in history.

There is one upside to this stupid decision: we may be pushed out of Iraq. The Iraqi parliament wants us out, and so does Trump. America is halting its training of the Iraqi military in the wake of the tensions, and Trump insists the country is a big waste of money for the US. One can hope that tensions don’t escalate to war and the hubbub convinces Trump to leave the area for good. The president’s instincts are far superior to those of his advisers. He did pull most of our troops out of Syria and is negotiating with the Taliban to get our troops out of Afghanistan. He resisted calls to retaliate against Iran for a downed drone and other offenses last year. There are reasons to be optimistic that his instincts will stop war.

However, there are also reasons to be pessimistic. Trump’s vice president, Secretary of State, National Security Adviser, and many of his military commanders want war. Many of the Fox News hosts Trump listens to—with the exception of Tucker Carlson—want war. Trump can probably convince his base to support war. MAGA Twitter took a time machine back to 2003 and returned with all the worst arguments for the Iraq War to defend Trump’s bellicosity against Iran. The real threat to America is thousands of miles away, not cartels at our border or the globalist deep state.

It is sad to see America’s populist-nationalist movement go full George W. Bush over Iran, but progress is never instant. Too many middle Americans have been duped into seeing Iran as the Islamist puppet master—even though most Islamists are Sunni extremists who hate Iran more than Israel. Anti-Islamic sentiment can be both a redpill and a bluepill. Nationalists can use it as a gateway to enlighten white Americans to the foreign forces destroying their country. Neocons exploit it to get white Americans to sign up for stupid wars.

Much work remains to make Middle Americans put their country first. Banishing foreign influence from the White House would be a good start.

In all this mess, identitarians should not allow ourselves to be sucked into Iran worship and other forms of cringenattery. The best argument against war is that it hurts America’s interests and will needlessly kill Americans. We don’t need to turn the enemy into the good guys to make this argument. Brandishing Iranian flags and hailing the ayatollah further ghettoizes us and undermines our arguments. Vietnam protesters made themselves hated by waving Vietcong flags. We should learn from history and not make the same mistake. To be effective, we’ve got to get out of the ghetto and appeal to the widest possible audience. We already know a corrupt elite controls our country. That same elite getting us into war should not make us fall into the trap of anti-Americanism.

The Iran quagmire awaits to be played out. We can only hope Trump’s better instincts prevail over his wicked advisers. America can’t afford another Middle East adventure.

Especially one that only serves the interests of Israel and Saudi Arabia.