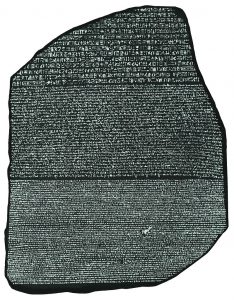 I am a native English speaker with a love-hate relationship with foreign languages. Along with fantasy novels, video games, and heavy metal, language learning has been a big part of my life. Yet unlike my other hobbies and passions, the study of European languages has been by far the least enjoyable for me. I often ask myself whether I am wasting my time, and ultimately my life, by developing and maintaining a skill where the costs often outweigh the rewards.

Just to be clear, I’m talking about the study of languages other than English. We are all aware that, for better or worse, English has become the Lingua Franca of the modern age. For work, travel, and the comprehension of mass-media entertainment, one can often get by just knowing English. So naturally, it benefits non-native English speakers to learn English, which the younger generations have started to learn during adolescence and primary schools. So for the sake of this article, I will focus on language learning for people who already know English.

I have a background with languages. My grandmother spoke a few languages, and while both my parents preferred to speak English, they could use their secondary languages when necessary. I also spent many evenings as a teenager trying to translate the lyrics, songs and album titles of the many Scandinavian metal bands I grew up listening to.

I have even made a modest career out of foreign languages. More precisely, I have used my foreign language skills in every job I’ve had for the last several years. From software testing, document translation, and even writing online advertisements, I am very fortunate and grateful to have found jobs where I could use and apply my language skills.

Naturally, these jobs have often been contract jobs or short-term assignments. This has allowed me to work and travel in different places for different companies. While moving from place-to-place and contract-to-contract has definitely had its advantages, there have also been a few disadvantages. For example, it can be tough to stay in touch with family and friends when moving and relocating for a new job. It can also create some challenges in regards to dating and maintaining a long-term relationship. Regardless, I often think how my life may have been different if, instead of relocating for each language job, I had sought a different career path where I could have more easily stayed in the same area these last few years.

Perhaps the main reason I sometimes hate language learning is simply because the payoff is often too little for the overall investment required. There are numerous websites and articles that detail the endless uphill struggles adults face when attempting to learn a foreign language. One of the most common complaints is that even after countless hours of lessons, studying and practicing, language learners are often told by native speakers to “just speak English.” This despite their best efforts and intentions to speak the native language to native speakers of that country or region.

In a way this makes sense, as workers at airports, hotels, and restaurants are often too busy with their own work to act as a tutor or “language partner” to a tourist that wants to check into their hotel or order a cheeseburger in Estonian. At the same time, I could only imagine the frustration a student of the Estonian language would have, traveling to Estonia and attempting to speak the language, only to be told by native speakers to just speak English.

There is an old saying that explains how anything worth having in life is worth the effort. This is often said by fitness enthusiasts in regards to having and maintaining a physically fit body. In many ways, working out and being in-shape share a lot of similarities to learning a language. For example, a person might spend years dieting and exercising with the goal to burn belly-fat and get six-pack abs.

If and when they do achieve these goals, they have to continue working just as hard to maintain their physique. The countless hours of hard work could all be thrown away if the person simply decided to stop working out or to not follow certain diet guidelines. Hence the saying, “If you don’t use it, you lose it!” As for languages, this has definitely happened to me, as I also have embarrassingly forgotten most of a language I had spoken comfortably in my 20s. All because I stopped practicing and using it every day.

One difference between exercise and language, however, is that the benefits of exercise can be visually seen and felt over time. With language learning, the overall achievements and improvements are far more subtle and much less noticeable. There is also the harsh reality that adults have a much harder time learning a second language than do young children and teenagers. These are just some of the many reasons why many adults give up on learning a foreign language.

Yes, languages always change and evolve. There will always be distinct differences between the written language and the spoken language. And for many people that attempt to learn a second language, they may never speak it as well as their native tongue. I myself am far better at reading and writing in my secondary languages than speaking or listening. Nevertheless, language learning is a great hobby that can exercise the brain while also allowing you to get more in touch with the history, art and culture of your ancestors.

As a person of proud Danish ancestry, I have greatly enjoyed reading the original works of H. C. Andersen in Danish. Yes, there are many times I have to look up words and re-read a paragraph numerous times to fully understand it, while I could have easily read the story in English in half the time. Yet there will always be certain things that are lost in translation, and I always get immense satisfaction when I can read something in its original language as opposed to its English translation.

Think about all the time we spend on social media or using apps on our cell phones each and every day. If you dedicated 30 minutes each day to learning a language, by the end of the year, you would have put in close to 180 hours. You probably wouldn’t be fluent in a language by then, but you might be able to start reading websites in that language or be able to decipher many words and sentences at an airport, hotel, or restaurant when traveling. Or better yet, you might be able to start reading a classic novel or sing the lyrics to a folk song of your ancestors.

There are still those times where I question whether learning and maintaining a foreign language is worth all the time and effort. The rewards and payoffs may be few and far between, but at least for me, those experiences have been more memorable than my other hobbies. After all, I still remember all those Scandinavian metal songs by heart. So while I definitely wouldn’t recommend a career in foreign languages, I can at least recommend learning a non-English European language as a fun and challenging hobby.

Goethe famously stated that “those who know nothing of foreign languages know nothing of their own.” Perhaps the same can be said of all our white brothers and sisters around the world. We might use English to communicate with each other at conferences and concerts, but we should also work together to preserve our European languages, just as we are trying to preserve our countries and cultures. Whether it be the language you grew up speaking, or one of the many languages of your family tree, our European languages are a part of us. Just as we should not be replaced, neither should our countries, our cultures, or our languages.