How To Lose By Winning 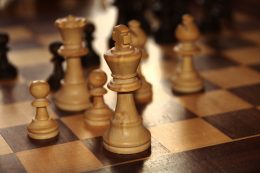 Donald Trump is winning! He’s scoring wins against the Do-Nothing Democrats, Shifty Schiff, Nasty Nancy and Schmuck Chumer! And not just him, but supporters of our beautiful Second Amendment are winning in Virginia — even the venerable Robert Hampton of Counter-Currents agrees that the Virginia gun rally is a clear win for the Second Amendment crowd. So much winning, that you’ll be tired of it! Ignore the naysayers and losers who say we’re not winning; they’d prefer we lose! They’re losers!

If you think the above paragraph is the typical flippant opening to an otherwise tongue-in-cheek and gloomy Jeelvyan philippic — well, you’d be wrong. Everything written there is 100% factually true, even if the tone is a bit too jejune for my taste. Donald Trump is really winning. He’s really scoring wins against the Democrats. And the gun owners of Virginia are really winning by showing their massive numbers in Richmond. These are undeniable victories.

The thing about winning, though, is that it is sometimes meaningless.

I’m lousy at predicting elections, so I have decided to keep mum on the subject of the outcome of the 2020 US Presidential election. Lots of people have made predictions one way or the other — some are predicting a “Trumpslide” (a form of winning), others are predicting a narrow Trump victory, which is more of a “no” to the weak Democratic candidates, and others yet are predicting a Trump loss due to the demographic winter in the US. I am retaining a measure of skepticism for all three possibilities. There’s lots of evidence for each of the three, and I’m doubtful any of the three outcomes is 100% certain. This makes me a loser in the eyes of fanatical Trump supporters. Can’t I see that Trump is winning?! Have I been brainwashed by Soros and the Deep State into being a loser and spreading defeatism?

Usually, when I see the words win or winning emphasized, I clasp my wallet and back away – a narrative of victory is necessary for someone to hook you into a movement built on mendacity, such as the Alt-Lite. That collection of clowns needs to keep their adherents in a constant daze of pre and post-victory exhilaration in order to keep its racket going. The moment they encounter resistance, they’re revealed to be untruthful edgelords afraid to venture into the really saucy stuff. Where the Dissident Right distinguishes between truth and falsehood, or at the very least between “Good for our people” and “Bad for our people,” the Alt-Lite distinguishes between popular and unpopular, between winners and losers. In short, these people are not truth-seekers, but status-seekers. Their agenda is to climb the greasy pole of the political status pyramid and then pull up the ladder behind them. That being said, it’s difficult to believe that their followings consist entirely of mendacious status seekers. Rather, I advance, most people like winning.

That’s a truism if there ever was one. Who the hell would want to be a loser!? Certainly not me. I grew up playing sports – I’ve seen my share of winning, and I’ve seen my share of losing! Let me tell you about winning. It feels great; it’s like somebody lights a fire in your skull and all of your body feels right. Winning gets you paid, laid, and respected. Contrast that to losing, which makes you feel like hammered shit, and then you go to bed, and you wake up in the morning and the physical pain is gone, but your limbs still feel like they’re made of super-dense putty. Losing is for losers!

Given the obvious advantage of winning and obvious disadvantage of losing, people will try to the best of their ability to win rather than lose. Now, on the sports pitch, this usually means training harder and more often, coordinating, and giving your 120% when the actual game comes. But to take a lesson from sport and apply it to real life unexamined is to commit the ludic fallacy. In real life, the most common and effective way to win is to pick winnable battles. And as a corollary to this, the way to defeat a winner is to maneuver him into a position where all the winnable battles have nonexistent or meaningless payoffs.

In case you’re wondering, the above paragraph just described the method by which the loser left, full of nerds and defectives, has been running circles around the winner right, which is full of chad, muscle-bound jocks. Have those highly driven alpha males chase after meaningless victories and let their dopaminergic processes doom them. Frame control beats winning.

One of my favorite bloggers is one Aidan MacLear. All of you should read his work (and of course, add your own salt). He recently described Doom (the classic) as the best and highest-brow video game because, and I quote: “The aristea of righteous carnage against evil is … a sublime value that transcends midwit ‘philosophy’ and ‘plot.’”

This is certainly appealing. One of the great sins of our decadent age is its neuroticism: The constant questioning, the constant lack of clarity, the lack of clear differentiation between friend and enemy, or between right and wrong, or indeed – true and false. The Doom guy, in contrast, kills literal and obvious demons for no particular reason. He lives and dies by the symphony of violence and its sublime beauty. Doom belongs to the same family of escapist works as J. R. R. Tolkien’s Lord of the Rings, where evil is clear and definite and it is right and proper to kill it, and kill it good. You won’t find that kind of moral clarity, underscored by aesthetic clarity, outside of professional wrestling. Warlike, sportsmanlike men like clear and unambiguous fields of battle, good guys at their back, bad guys in front of them, death, destruction, mayhem, rock flag and eagle!

So yes, Donald Trump is winning, and the Virginia gun rights activists are winning, but what we have to ask them is whether they are fighting (and winning) the right battles. The problem is, nobody likes the guy who shows up at the victory party asking whether the clear and unambiguous win was meaningful and useful, or whether it was a clever misdirection by a shadowy enemy who is yet to reveal himself. The last thing that any alpha jock hopped up on dopamine and endorphins will tolerate is some noodle-armed “truth-seeker” asking uncomfortable questions while he’s busy choosing which busty cheerleader to boink first. Questioning obvious wins is the hallmark of a loser. In the locker you go, nerd. Our enemies have turned our natural instincts against us.

Fortunately, we in the dissident right are insured against status-based attacks. Because we have anchored ourselves to the truth, we cannot be effectively stuck in the locker. We’re mostly cooler than the guys out there winning, by virtue of being the irreverent bad boys of my ever-more convoluted high school party metaphor.

My suggestion for voicing skepticism is not to say that Trump isn’t winning, but rather to question the value of those victories. Be prepared, of course, to defend yourself against charges of defeatism, control and brainwashing by Soros, and being a Deep State, FBI or Do-Nothing-Democrat shill. Shaking people hopped up on endorphin out of the haze is never easy, but if you thought this thing would be easy, well, you wouldn’t be here. Otherwise, we run the risk of something quite insidious. Our esteemed editor Greg Johnson is fond of pointing out that accelerationists want to “win by losing.” The ever-victorious MAGApedes and Trumpists run the risk of doing the exact opposite: Losing by winning!