Freedom is Willing Our Determination 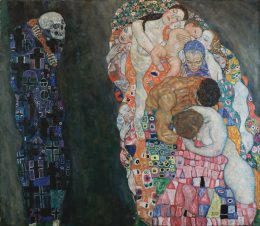 Some of the most striking data comes from studies of identical twins separated at birth – who were found to dress alike, have similar careers, similar hobbies, similar political views, similar taste in food, even to drive similar cars and have wives with similar names. Giving them IQ tests was like testing the same person twice – the definitive proof that intelligence is almost entirely genetic, and that environment hardly influences it. You can read about these studies here, and see this fantastic film about identical triplets separated at birth.

« Lothrop Stoddard:
A Prophet We Should Study

» The Darkening of White Fantasy Literature