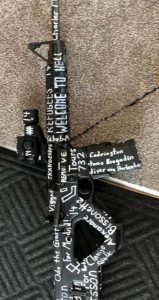 Accelerationism is the idea that the best way to achieve White Nationalist goals is to accelerate the decline of the present system. This will supposedly have two effects. First, acceleration will weaken the system’s ability to maintain power, including to oppress dissenters. Second, acceleration will anger and awaken the white masses, making them more receptive to our message.

Accelerationism is often associated with the maxim, “Worse is better.” As a categorical statement, “Worse is better” is just a contradiction in terms, like “Bad is good,” “Night is day,” and “Losing is winning.” But there is a qualified sense in which that maxim is true: What is worse for the present system is generally better for dissidents. We all know that the system is going in the wrong direction: demographically, culturally economically, and politically. The sooner these problems manifest themselves, the sooner dissidents can step forward with alternatives—and the sooner resistance to our plans will crumble.

Furthermore, the present political system offers only two options: the Left, which wants to accelerate “progress” toward complete social breakdown, and the Right, which merely wants to slow the process down and perhaps put it on firmer economic and social foundations. Accelerationists thus conclude that it might be better to have the Left in power, so it destabilizes and hastens the end of the system.

Then they talk about the frog. No, not Pepe. No, not the one with the scorpion. No, not the singing frog from the Warner Bros. cartoon. The frog in the pan of water. If you want to boil a frog, you have to do it slowly, so he doesn’t realize what is happening and jump out of the pan. By slowing down “progress,” the mainstream Right lulls the frogs into a false sense of security. But the Left, by accelerating the process, might cause the frogs to get antsy and jump out of the pan, etc. etc.

But not everything that is bad for the establishment is good for dissidents. Wars, economic crashes, and natural disasters can affect dissidents as well as authorities. Declining trust in the government and media obviously helps dissidents. But an across-the-board decline in social trust would probably strengthen whoever holds power. When black rule came to South Africa and Rhodesia, the cascading disasters did not galvanize white self-assertion but instead led to an almost complete collapse of white morale and resistance.

Worse (for them) is not necessarily better (for us). Worse is sometimes just worse. So praying for bad news—or actively promoting bad outcomes—seems like a very foolish way to create a better world. In fact, it seems akin to suicide bombing: an act of a people reduced to hopelessness and desperation after a long train of defeats.

So where does accelerationism come from? It begins as a psychological mechanism for coping with defeat. For instance, imagine you were convinced that it was vitally important for white Americans that Mitt Romney defeat Barack Obama in 2012. When Romney lost, you might have consoled yourself with the thought that maybe four more years of Obama wouldn’t be so bad after all, since he might accelerate the system’s decline and red pill more normies. It isn’t an unreasonable position.

But there’s an important distinction here. There is a world of difference between (1) doing what one thinks is right, suffering defeat, and then hoping, in retrospect, that the bad consequences you tried to fight might hasten the eventual triumph of the true and the good—and (2) taking accelerationism as a first principle and actively promoting bad ideas and policies because you think they will hasten the triumph of the true and the good.

For instance, accelerationism was the basis of Brenton Tarrant’s scheme to use terrorism to provoke state repression of freedom of speech, gun rights, and open white advocates—on the assumption that this would somehow spark a White Nationalist revolution—a revolution that would somehow be organized without the ability to communicate and somehow triumph without access to weapons. Yes, his plan really was that stupid. We do not win by losing our freedom of speech, our right to bear arms, or our right to organize and participate in political life. That’s how we lose.

In 2008 and 2012, I argued that the election of Barack Obama would be better for White Nationalism than the election of John McCain and Mitt Romney. After all, McCain and Romney would have done nothing to halt non-white immigration and white demographic decline. Instead, they would have simply put white faces on an anti-white system and lulled the Right into complacency. They might have also made the anti-system function more efficiently. Obama, by contrast, put a non-white face on an anti-white system. He made white dispossession visible. Being a Leftist, he was also more likely to push too far, too fast and destabilize the system. I thought that McCain and Romney offered nothing to White Nationalists but that Obama would give us opportunities for progress. So I did not oppose him.

You can call that accelerationism if you like. But, by the same token, I did not vote for Obama, because there’s a difference between hoping and knowing that good will come out of evil. I believe it is our duty to do good and fight evil. If the gods want to turn evil into good, that lies in their power, not ours. Moreover, I knew my individual vote would not have mattered anyway, so I would have felt foolish wasting my time voting. Beyond that, I would have still felt vaguely dirty casting even a meaningless vote for Obama.

Furthermore, if Obama ran on the policies promoted by today’s Democrats—namely censoring White Nationalists, grabbing guns, and abolishing the borders—and McCain or Romney opposed those policies, I would have supported them enthusiastically.

In 2016, I had a very different attitude toward the Republican nominee, because Donald Trump had broken with Republican orthodoxy on immigration, free trade, and foreign policy. He was defending immigration restriction, protectionism, and an America First foreign policy. These were our issues. It was a huge win for us when Trump simply created a debate about these ideas, because none of the other candidates would have done so, and we can win such debates. Also note that this was a win for us no matter what happened next—whether Trump won or lost the election, whether Trump succeeded or failed in implementing his policies. But of course, we wanted Trump to win the election and then triumph over the congress, the press, and the deep state to build the wall and put America first, because it would have been “our” victory. Not a complete victory, of course. But it would have been a significant step in the right direction.

Thus I was very impatient with accelerationist talk in 2016. I actually heard people say that maybe we should support Hillary Clinton, you know, to accelerate things. At this point, it became clear to me that accelerationism had mutated from a coping mechanism into a toxic “strategy” that basically amounts to the axiom that “We win by losing.” It would have been perfectly understandable to advance such ideas if Trump had actually lost. But when our ideas were actually threatening to win out, it was the height of perversity to suggest that we snatch defeat from the jaws of victory because we somehow win by losing.

No, actually we lose by losing. When we lose, we can of course hope that somehow the gods or “history” will turn our defeats into conditions for future victories. But in the end, we can only win by winning.

« Are You Tired of Losing Yet?