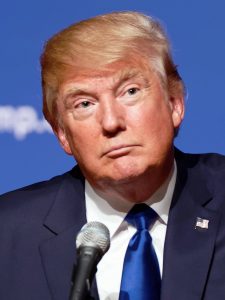 It finally happened. Donald Trump has been impeached by Nancy Pelosi and her army of malcontents in the House of Representatives. Trump joins just two other presidents in all of American history to hold this distinction, the other two being Andrew Johnson and Bill Clinton.

There is something far deeper and more sinister at work here than a sitting US President being indicted by Congress for a criminal act. It is no cliché to say that it is democracy itself that is under attack. However, even this isnʼt accurate enough. We must face the truth that half of the country, those not voting for a never-ending social revolution, is the ultimate target of this political Blitzkrieg.

For the last year or more, Iʼve seen a tremendous amount of dissatisfaction from elements of the far Right who see Trump as a Zionist puppet. They are not alone. Frankly, Iʼve indulged the same criticisms; it is embarrassing to watch him grovel one minute before tweetstorming at his latest target the next. What needs to be understood, however, is that our expectations were always unrealistic. Despite his endless cucking, he is still a symbol of white racial solidarity (or whatʼs left of it).

It should be apparent to anyone who is paying attention that this impeachment is entirely an attack on the racial solidarity that Trump symbolizes. This Ukrainian malarkey, to borrow from Joe Biden himself, is just a proxy. The global elites who stand to profit the most from open borders are scared witless of this new, ascending populism. This impeachment is simply a rallying cry for the army of POC, wine aunts, and bugmen to mobilize. Or perhaps, as some have suggested, itʼs a tactic to throw the 2020 election in anticipation of the certainty that theyʼll have hegemony in the future. Either way, it isnʼt about Trump. It is about you and your ultimate demise.

Take a look at what else is happening in the news. While heads are spinning in regards to this impeachment, the governor of New Jersey, Phil Murphy, just signed a bill into law that grants convicted felons voting rights. [1] The opinion of you, dear law-abiding, tax-paying citizen of New Jersey, is now equal to that of rapists, pedophiles, murderers, arsonists, car-jackers, kidnappers, and a whole host of other criminals. This is what the future holds for every state which consistently votes Democrat as well as many swing states that are at risk of voting for a populist candidate in the future. Every vote counts, and the convicted felon population in most of these states is overwhelmingly people of color.

We absolutely have an imperative to inject this message into the Zeitgeist in order for centrists and less informed conservative voters to understand what is at stake. “The Deplorables” are each and every one of us, from the furthest right to those in the “center-Left” who arenʼt comfortable with drag queen storytime or 6 million different genders.

No, I do not like the way the last 3 years of Trumpism has played out. None of us should be satisfied with the current state of affairs; no funding for a new wall, no real teeth behind any immigration reform, and a spineless GOP that squandered their control of the Congress. Itʼs all very disappointing, and Trump may prove to be worse in his second term. Regardless, we have to come together again in solidarity to send the message that we wonʼt go quietly into the night and accept our fate without a fight.

Itʼs time to stop quibbling and rally behind our President again. Warts and all, heʼs what weʼve got and he scares our enemies, not because heʼs effective, but because his bluster is motivation to make us, as a people, more determined. Heʼs the anti-nihilism pill that they fear the most.