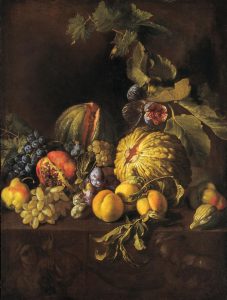 November was our best month ever in terms of traffic, with more than 240,000 unique visitors, which is approximately double our traffic in May. There has been a steep and steady rise in traffic since June, and this is not merely due to a few viral articles, although those certainly helped. There are also structural factors at work:

If you are a new reader, please tell us how you discovered Counter-Currents and why you come back. Just leave a comment below.

1. Our Top Stories in November

The biggest event of November was my arrest (that wasn’t an arrest) and deportation (that wasn’t really a deportation) from Norway. The Norwegian security services, based on unchecked (and embarrassingly false) allegations from my political enemies, ordered my detention on the grounds that if I were allowed to speak at the Scandza Forum, other people might do bad things. Arresting people for what other people might do is really a new low in political correctness. It should alarm everyone, because anyone can be arrested on such grounds.

If the aim of the arrest was to suppress my ideas, it backfired bigly. I was the number one news story in Norway for several days. Readership at Counter-Currents went way up, especially from Norway. We now have a lot more readers than before, in Norway and around the world.

Here are some articles on the Oslo affair:

The other big story of November was the so-called Groyper war against Conservatism Inc., an encouraging development.

2. Our Webzine and Traffic

In November, we added 93 pieces to our webzine. Our Top 20 articles and full stats are below.

Top 20 Pieces (with Number of Reads):

Counter-Currents is wrapping up our 2019 fundraiser in the face of unprecedented deplatforming attacks. For more details, check out our latest fundraiser here.

Note: Donations to Counter-Currents are not tax deductible. Real change never is!