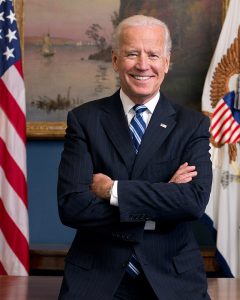 Marx once said “History repeats itself, the first time as tragedy, the second as farce.” In 2020, the Democratic party seems poised to relive mistakes it made less than a lifetime ago, and to my knowledge, few have drawn the obvious parallels.

In August of 1968, at the highpoint of the anti-war, hippie countercultural movement, the Democrats met in Chicago to anoint one of their own as the man who would take on Richard Nixon. That man turned out to be the colorless middle-of-the-roader Hubert Humphrey, who was then Lyndon Johnson’s vice president. This was not exactly the candidate the far Left had been hoping for. They wanted an immediate halt to the war in Vietnam, among other unrealistic demands (such as “the right to orgasm”). What Humphrey seemed to promise was business as usual; a continuation of LBJ’s policies.

We remember the late ’60s as a volatile time, but many have forgotten just how volatile it was. Johnson was so hated by America’s youth that the Secret Service, fearing for his safety, would not allow him to appear on college campuses. So great was his unpopularity, Johnson shocked the nation by declaring he would not seek re-election in ’68. He wanted to appear at the Chicago convention to make a speech endorsing his pal Humphrey, but the Secret Service vetoed this as well, fearing an assassination attempt. In April 1968, Martin Luther King was assassinated in Memphis. Two months later, Robert F. Kennedy, the leading anti-war candidate, who many thought would get the nomination, was shot and killed in Los Angeles.

Dissatisfied with the Democratic party’s moderate stance, and its likely choice of Humphrey, some ten thousand radicals descended on Chicago in late August. These included representatives of the National Mobilization Committee to End the War in Vietnam, the Youth International Party (known as the “Yippies”), and Students for a Democratic Society. Chicago Mayor Richard J. Daley swore that he would not allow protestors to take over his city, or disrupt the convention. Facing down the radicals were 23 thousand police and National Guardsmen.

On August 28th, a massive number of protestors gathered in Grant Park. When one Yippie tried to remove an American flag flying in the park, the police finally had enough: they descended on him and began beating him. A full-scale riot ensued, broadcast to millions on national television. Police brutally beat, maced, and tear-gassed the radicals – to the great delight of sensible people everywhere. Inside the convention hall, Connecticut Senator Abraham Ribicoff used his speech as an opportunity to denounce the “Gestapo tactics” of the Chicago police. Mayor Daley responded by shouting “Fuck you, you Jew son of a bitch!” (Though his supporters claimed he said something else.)

Meanwhile, the television networks alternated coverage of the convention with footage of the riots outside the venue, making the division within the Democratic Party very clear to viewers around the country. Opinion polls indicated that a majority of Americans sympathized with the police. And ever since, the conventional wisdom has been that the rioting radicals handed the ’68 election to Richard Nixon, who (like Trump) ran as the “law and order” candidate. Nixon won 32 states to Humphrey’s 13, with George Wallace, a segregationist running as an independent, winning five states in the deep south. America had rejected the Left.

In the present situation, the clear parallel to Humphrey is Joe Biden, who is the current frontrunner. Biden is seen as a moderate, and, as I write this, is embarked on his “No Malarkey!” tour. This is an obvious attempt to appeal to older voters (who are the only ones who still use the word “malarkey”), and to distance himself from his younger, malarkey-engorged competitors. But Biden makes Humphrey seem like the wisest man in Athens. He is a senescent old perv who recently surprised audiences by nibbling his wife’s right hand. Biden followed this up with vivid descriptions of children stroking his hairy legs [2], and his attack on an 84-year-old Iowa Democratic voter whom he called “fat” and “a damned liar.” [3]

Manifestly, Biden is a doddering old fool and a political hack. But the party machine may very well see him as the most viable candidate to take on Trump. If he gets the nomination, expect the Democrats’ far-Left base to become enraged. That base is strong and seems to have grown: the other candidates, like Warren and Buttigieg, have adopted a deliberate strategy of pandering to it. If Biden is chosen, will we see massive protests in Milwaukee, where the Democratic convention will take place in July 2020? Possibly. I think we can count on the far Left to do something outrageous and to do it often and loudly and without any consideration for how it will play in Peoria.

In short, if Biden is the nominee, I believe we can expect to see the divisions within the Democratic party grow into vast, flaming chasms. And in the ensuing melee, the Democrats will further damage themselves in the eyes of ordinary, non-ideological Americans. Of course, it could be argued that a “68 effect” has already taken place: the Left has engaged in so many appalling, even sometimes frightening shenanigans over the last three years they may have alienated many moderate Democrats, who may either warm to Trump, or just stay home in November. We shall see.

What lesson did the Democrats take away from ’68? With the kind of logic only liberals are capable of (the kind of logic that brought us “it’s her turn”) they concluded that they needed to go further to the Left. Hence, in 1972 they ran George McGovern against Nixon. McGovern is my very first political memory. As a toddler I remember looking at a picture of McGovern cradling one of his grandchildren on the cover of, I believe Life magazine. I asked my mommy “who is that?” She responded, “He’s a very crazy man who wants to do a lot of bad things.”

How right she was! Among other things, he supported the ratification of the Equal Rights Amendment. In April 1972, Conservative journalist Robert Novak quoted an unnamed Democratic senator as saying that the blue-collar Democratic voters McGovern was counting on would abandon him once they found out he was “for amnesty, abortion, and legalization of pot. Once middle America – Catholic middle America, in particular – finds this out, he’s dead.” McGovern swiftly became known as the candidate of “amnesty, abortion, and acid.”

The result was that Nixon won in the biggest landslide in American political history. His was the widest popular vote margin in any American presidential election, picking up 18 million more votes than McGovern. Nixon won 520 electoral votes to McGovern’s pathetic 17. And McGovern won only one state, Massachusetts; he failed even to carry his home state of South Dakota. The “great silent majority” had spoken. They had rejected the Left in ’68 as well, but in ’72 they tarred and feathered the Left and rode it out of town on a rail. In the eyes of many, McGovern’s defeat was the end of the ’60s: a devastating and dispiriting loss for the radicals.

Flash forward to 2020: if Democrats don’t go the ’68 route and nominate a moderate who will certainly be rejected by the far Left, they may go the ’72 route and nominate a far-Left loon. Now, am I saying that the result would be a landslide for Trump? Of course not. America has changed far too much in the last 48 years to deliver that sort of victory to a white, male conservative, even an orange-hued one. I will return to the issue of demographics in a moment, but let us just grant that if the Democratic Party does repeat its calamitous mistake of ’72 and elect another wooly-headed Leftist, it cannot hurt Trump and will likely help him. In fact, I predict that if they go this route Trump will win, despite changing demographics.

Let’s consider who the radical candidates are. They are a gaggle of freaks that would have shocked Tod Browning. First there is fake Indian Elizabeth Warren, who accuses ultra-Left journalists of parroting “Republican talking points” [4] if they dare to ask how we would pay for her “Medicare for all” scheme. This would include, by the way, taxpayer-funded gender reassignment surgery. Warren comes across like a nut, and she is hardly more likeable than Hillary. Then there’s Bernie, a very, very old New York Jewish Communist who honeymooned in Moscow. Bernie has now been endorsed by AOC, who is too young to run for President herself, but would if she could. (Something to look forward to.)

Then there’s Mayor Buttplug. Frankly, of the Democratic candidates still polling competitively, he seems the least offensive and crazy. Which is really saying something, given that he’s an “out and proud” gay man (with a husband who I suppose would have to be called “the first gentleman”), who has promised free health care to illegal aliens. It’s Biden, Warren, Sanders, and Buttigieg who are the top candidates. Also kooky are Cory “Spartacus” Booker and Julian Castro, who thinks men should have the right to have abortions too. But they are faring poorly, and probably haven’t a chance (despite the Democrats being the party of “diversity”).

If the Democrats nominate Warren, Sanders, or Buttigieg some of the more moderate in their base will flee, as these people just sound crazy. Working in Trump’s favor is the economy. Only the most glassy-eyed ideological Leftists are going to go for a socialist candidate. What about Buttigieg, who, as I’ve said, seems the least offensive of the three? Well, he’s the least offensive to me because I’m an affluent, well-educated, and fairly tolerant (no kidding!) white man. How will Mayor Buttplug fare with blacks and Hispanics, who are notoriously homophobic? Not very well.

As Pat Buchanan recently pointed out [5], “While running first in some polls in Iowa, [Buttigieg’s] share of the African American vote in South Carolina, in a recent poll, was zero. Buttigieg had no black support in a state where African Americans constitute more than 60% of the Democratic vote.” I have friends who think that blacks will vote for any Democrat, regardless. I’m not so sure about that. Recent polls also show Trump with 30% or more approval among blacks. This is quite an achievement: GOP presidential candidates have averaged a mere 9% of black support, going back to Reagan. Maybe Kanye really is helping.

There is also the small matter of independents, or swing voters. Recent polls show [6] that the Democrats’ impeachment charade is a huge flop with independents. I keep looking for something Machiavellian about impeachment, but I can’t find it. Turn it over and over and it still looks dumb. The Democrats are doing what even I thought was impossible: turning Trump into a sympathetic figure.

Whether it’s ’68 or ’72, things look pretty good for Trump. Needless to say, however, there is an enormous amount of uncertainty. And consulting tea leaves or Tarot cards makes about as much sense as looking at the polls. 2016 taught us that we can’t trust those anymore. We are heading into a period of great, nail-biting suspense that will only be resolved in a pleasant or unpleasant surprise come election night. Of course, that’s only if you think this election matters.

I do. Trump has not performed as well as I had hoped, especially on immigration. And, yes, I do think that America in its present form cannot last. But the election of a liberal loon – and they’ve never been loonier – would make the situation dramatically worse for all of us. Expect an all-out assault on freedom of speech – no longer solely via “outsourcing” censorship to the corporations.

I have friends who think that demographics doom Trump; that Georgia, Texas, and Florida, for example, will flip to blue. Again, I’m not so sure. But, come election day, I will pray for bad weather nonetheless.