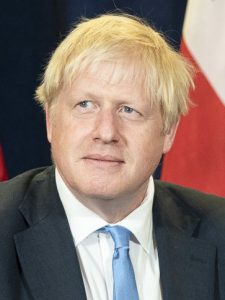 “The more it changes, the more it’s the same thing”—Jean-Baptiste Karr, Les Guepes (The Wasps), 1849

You can call me a cynic but I think I have lived through this situation before. I have no previous experience of precognition and can make no claims to being a prophet, but something tells me I know how this will all play out.

The parallels are almost uncanny. Let me count the ways. Firstly, there is a national crisis. Then it was a 3-day week and public sector strikes that prevented the bereaved burying their dead. Today it is Brexit and the talk of reversing the outcome of the referendum to leave the European Union. Secondly, there was an unelectable and deeply unpopular Labour Party matched up against a resurgent Conservative Party led by a charismatic, if slightly idiosyncratic leader, surrounded by alien ideological and cultural influences – does that sound familiar? Thirdly, there was an insurgent party. Then it was the National Front, and today it is the Brexit Party – two extremely different challenges to the mainstream consortium of Lib-Lab-Con, with the former offering a vision of a racial nationalist future, while the latter, arguably a controlled opposition, offering a civic nationalist proposition at best – with both ending in catastrophe – and finally, and possibly even more telling of the synchronicity between 1979 and 2019 – there was a clear signaling by the Prime Minister to be that cutting immigration was a core policy that the new government would adopt the moment they took office.

Four decades and numerous red and blue rosette swathed administrations later and I am still waiting for the last promise to be fulfilled. Despite nearly every single campaign run by both parties at every subsequent general election acknowledging the ongoing concerns of the indigenous British about being “swamped” by people from very different backgrounds and cultures the Westminster regime as merely paid lip-service to the electorate while actively opening our borders – from a Conservative viewpoint to enlarge the pool of cheap workers – and from the Left-wing Labour perspective to fundamentally change the nation’s demographic make-up. Thus creating an entirely new polis, through a process now known as “The Great Replacement” and with whom they intend to install their own permanent political hegemony.

Both policies, in their own divergent ways, resulting in a perfect storm of economic, cultural and societal dissolution that has scarred the nation from Land’s End to John o’Groats. A social engineering project that has created a Mary Shelley-like Frankenstein out of a potential Apollo. A bow-legged cripple out of an Olympic contender. Reducing the industrial and manufacturing base upon which a real economy thrives to a derivatives dependent financial services sector that can be transplanted to any location on the face of the earth. A micro-climate economy buffeted by the gales of the global market, fanned in turns by the hucksters that pass for gurus in today’s celebrity game show panel line-ups – a pantomime of entrepreneurs queuing up to deliver their catch-phrase gimmicks on prime-time TV like The Apprentice and Dragon’s Den.

Dreadful non-entities who masquerade as expert advisers to ministers who are in truth only fit to be bank clerks in small provincial towns. Men and women with the ideological vision of a velvet coated mole. Creatures that will sell-snake oil to get elected because it means recognition. A craving deeply imbued from cradle to grave by 1000s of mindless network newsrooms that insist everyone is equal and all have a right to be heard. Journalists of yesteryear like Robin Day – and now the self-aggrandizing, Laura Kuenssberg — giving air-time to the deluded – people of the past like Labour’s Neil Kinnock or the Conservative’s Matthew Parris and now – Jo Swinson and Anna Soubry; the dangerous – then, like Labour’s Jack Shaw and the Conservative’s Keith Joseph and now – Labour’s Naz Shah, Sadiq Khan, and Change UK’s Chuka Umunna.

Creatures truly unfit to occupy high office but emerge through the slime sift of today’s party system — which is geared to select mediocrity — to walk the corridors of power. Casting their inconsequential shadows on the marble statues and portraiture of giant personalities from our country’s glorious history like Burke, Salisbury, Palmerston. and Gladstone.

Thatcher back in 1979 parroting Saint Francis of Assisi as she entered Downing Street, saying – “Where there is discord, may we bring harmony. Where there is error, may we bring truth. Where there is doubt, may we bring faith. And where there is despair, may we bring hope” – While Johnson declaims from the steps of Number 10, in 2019: “Let the healing begin.” And my reply to both, then as now — that can only be achieved when repatriation commences and to use an image from that great English satirist of yore, Jonathan Swift, the parliamentary stables are truly cleaned. Plus ca change, Plus c’est la meme chose.